These were the words of Florence Thompson, the “Migrant Mother” to Dorothea Lange in 1936.

After taking a job as a photographer for the Resettlement Administration (RA) who supported the relocation of poor families during the Great Depression, Dorothea Lange turned away from her studio and portrait work towards documentary photography.

It was one day in 1936, in Nipomo, California at a campsite of out-of work pea pickers (the crop had been frozen) that Lange encountered a woman with seven children and asked if she could photograph them. She took six images and one of them, the so-called “Migrant Mother” was to become the iconic photograph of the Great Depression and one of the most famous of the twentieth century. 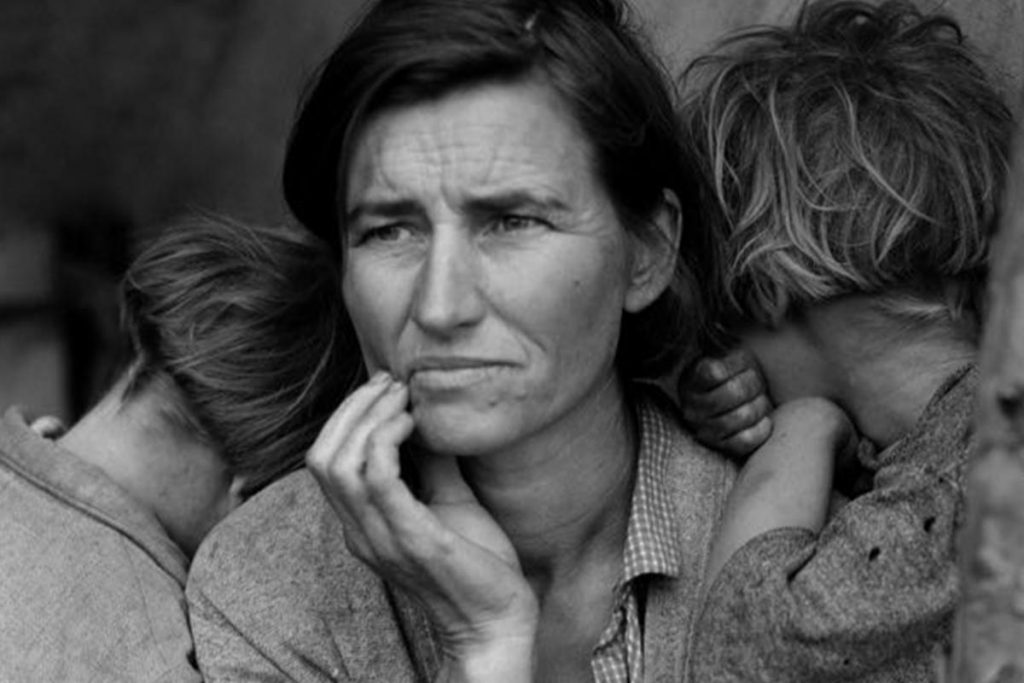 A few days ago, the Royal Photographic Society Journal dropped through the letterbox and included a very interesting article about the image, written by Sally Stein, a cultural historian.

Whilst Lange became a household name, the identity of the ‘migrant mother’ was to remain a mystery until Bill Ganzel, also working for the RA, sought to re-photograph and revisit some of the historical images of earlier times.

In 1979, Florence Thompson agreed to pose for Ganzel for another photograph, with three of her children. At the same time, Thompson began to make her feelings known that she had always resented the way in which Lange’s image was portrayed, the extent to which it was circulated and the fact she received nothing. Thompson died in 1983, at which point her family seemed resigned to Lange’s image and the public symbol of hardship it depicted by putting these words on her headstone:

“’Migrant Mother’ A legend of the strength of America motherhood.”

In the early 1990s, a journalist, and doctoral student at the University of California, Geoffrey Dunn, sought to reconstruct her life story. Intensive research and conversations with surviving family members, revealed a gulf between reality and the sparse details Lange had recorded at the time. Dunn’s work revealed a lack of care in recording the facts perpetuated in her own biography. Stein recounts that Dunn condemns the practices of Lange as being “manipulative, condescending and misleading”. However, Stein is keen to point out that she does not believe that Lange acted deliberately in this regard.

The “Migrant Mother” who Lange chose to depict, in fact, had Native American heritage – not where the public concern lay at the time. Indeed, had Lange realised her subject’s ethnic identity she may not have chosen to take the photographs. Had she known and still taken the images, it is likely that the promotion and circulation of the image would have been limited. 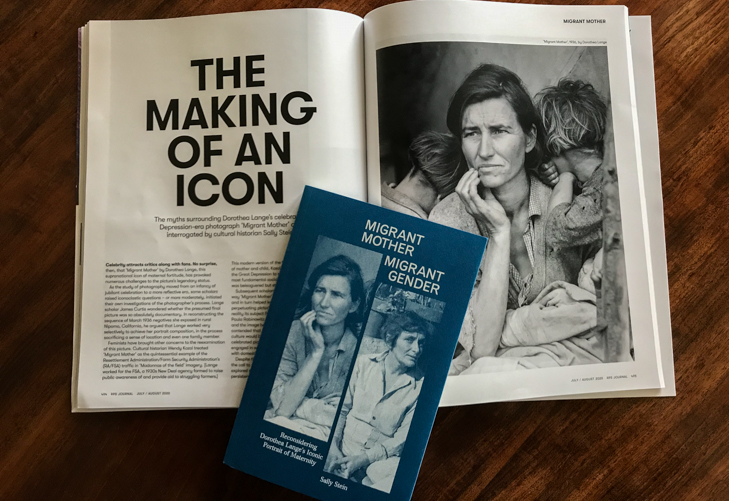