Image of the Week (July Week 4)

Lockdown has affected us all in different ways, and my friend Claire said that she had enjoyed gazing at photographs of wild animals. So I thought I would post a short story about an experience I had in South Africa viewing a clan of hyenas at dusk accompanied by some more of my wildlife images – just for Claire.

Now, although hyenas are in many ways similar to dogs, as a species they are more closely related to cats. They are resident across Africa with the Spotted Hyena being the largest group. Hyenas are scavengers and often dine on the leftovers of other predators but they are also skilled hunters and can take down animals as large as wildebeest and antelope. They also kill and eat birds, lizards, snakes and insects.

Hyenas have good eyesight and hearing and travel long distances. The hyena is a pack animal and they work as a team in isolating sick animals and pursue them to their death. Spotted hyenas are quite vocal, and can often be heard “laughing”.

Over the years I have viewed many groups of hyenas, single animals sleeping away a heavy meal, and a clan where a new baby had been born. The most memorable sighting for me was in Sabi Sands Game Reserve, that is part of the greater Kruger National Park in the Mpumalanga region of South Africa.

It was Tuesday 25 August 2009. After a quiet and dull morning drive we return to camp and see animals including warthog and elephants visiting the waterhole. We head off again in the afternoon and see hippopotamus with a baby. In spite of our best efforts the leopard eludes us but after a tip off we drive off at speed to a hyena sighting.

As the sky turned pink and the light faded we were surrounded by hyena returning to the den. At the entrance to the den we have brief glimpses of a mother and baby. It was a magical experience and one I shall never forget. It also provided me with one of my favourite images and one that formed part of my Associate of the Royal Photographic Society panel for the Professional and Applied category submitted in 2012. 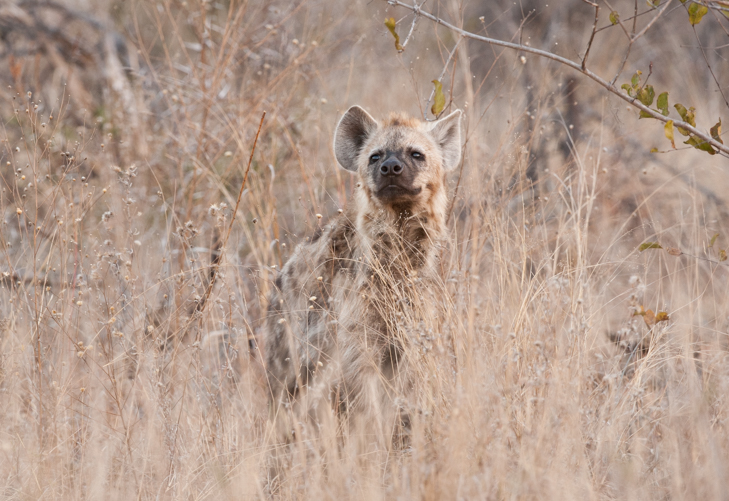 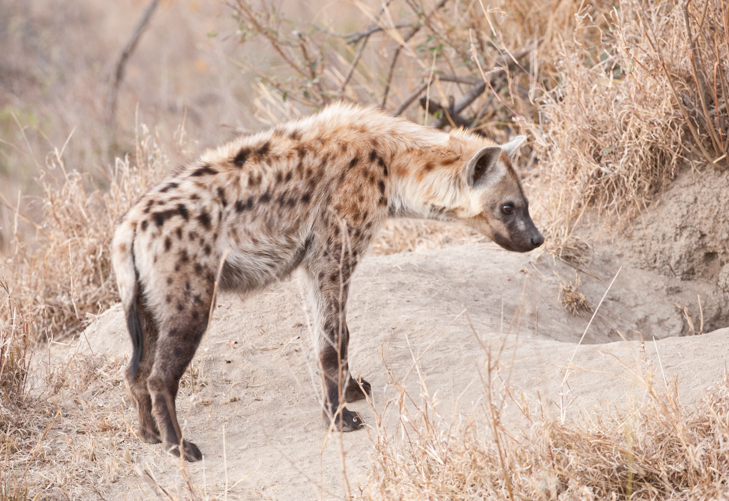 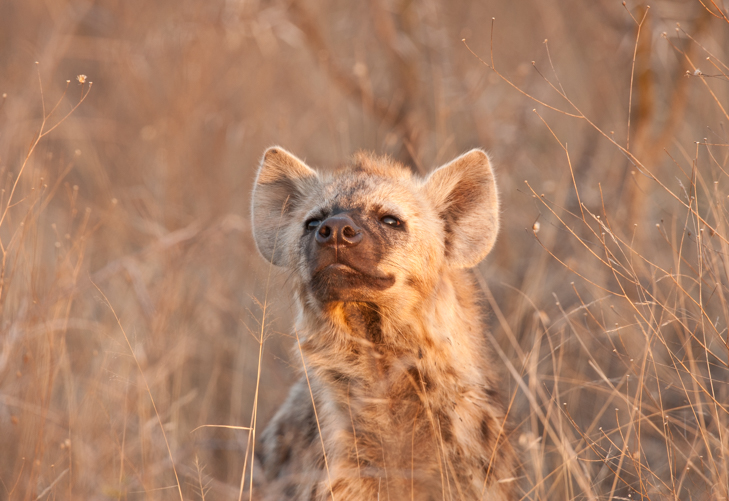 And the Image of the Week is for you Claire: 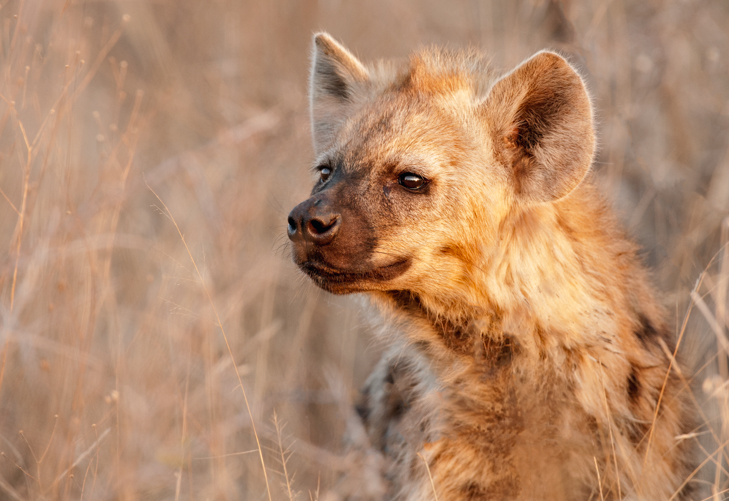