Notes and Images from a Small Island (Practice 9 Day 7)

I decide to take a break from writing the first draft of my PhD thesis.  I have been reluctant to stop as long as the words continue to flow.  Currently, almost all of my writing is coming straight out of my head and long may it continue.  The draft will need lots of revisions, enhancements and systematic reviews of referencing, image choices, flow, and structure.  But today is the last day of good weather so I decide to go to Loch Cill Chriosd.  In my head I have the idea of taking some multiple exposure images of reflections but unfortunately, as is often the case, although the air is still when I leave home, there is a chill wind across the loch.  My words remind me of the observation of Seton Gordon in The Charm of Skye – The Winged Isle (1929):

“The north wind was chill, and on the upper slopes of Beinn na Cailliche we found little shelter from it.  Upon Loch Cille Chriosd, in Strath Suardal, immediately beneath us, the breath of the breeze could be seen to stir the waters, and dark flurries hurried southward in unending succession across the loch.”  (Gordon 1927 p12).

Although my practice is guided by a wish to capture the realisation of Being, from day to day, I rarely arrive at a location with images in mind.  The idea that I can pre-visualise in this context seems inappropriate and more akin to Subject-Oriented Photography rather than Object-Oriented Photography.  And, in the days when I was shooting wildlife I tended to take the same approach.  For me, any attempt to pre-visualise an outcome always ends in failure and disappointment, as the hope to spend time with a different species or capture particular behaviours, are impossible to predict.  Having said this, I know my locations in Skye well, and can predict the type of images that might be available to me, although this is not what my photography is about.  My work seeks to capture a transient, ephemeral moment where the Real Qualities of the object are revealed or emerge.  Through the use and application of the signifiers of the Onion Diagram, I seek to possibilise, which is to  increase the potential for realising being, and then to intuitively recognise and capture that moment.

This I took from my notes taken at the loch:

…the surface of the loch is disrupted by a vigorous wind and reflections are few and far between.  However, the early morning light touches the tops of the reeds and highlights the patterns on the water.  There is a good degree of light and shade in the images I take.

The bright blue water and the reeds rendered almost silver by the early spring sun create attractive patterns across the water.  The patterns hinting at the loch’s depth and mystery.    I also like the recession of the reeds in the image giving it depth and perspective.   The intensity of the blue water is reduced in the foreground and there is just a hint of the decaying stems on the bed of the loch.  This provides the viewer with a sense of the Being of the loch. 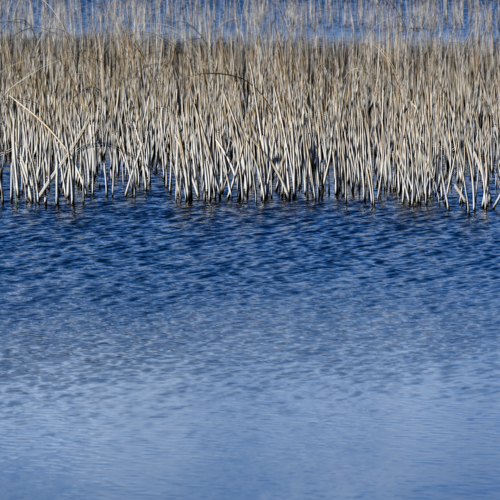 As I walk around the shore of the loch I look back at the scene of the previous image.  Rather than seeing the intricate detail of the stems of the reeds I gain an impression of the volume and intricacy of these prolific water dwellers.  However, it is the light and shade in the image that captures my attention, the dark shadow area draws me in to the depths of the Being of the loch. 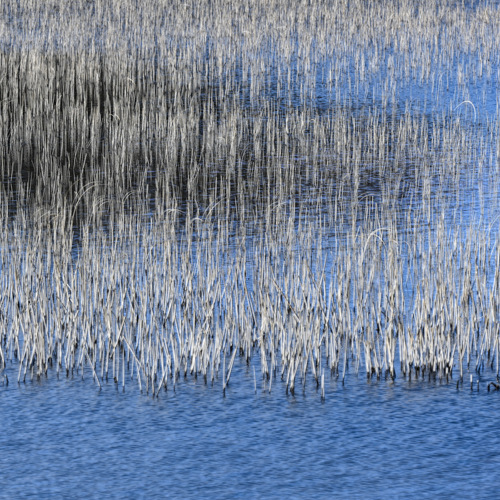 The waters on the eastern side of the loch are less dynamic and some reflections are visible although they are distorted by a thin layer of ice that has formed overnight.  This area of the loch is rarely lifted by the sun’s rays but I hope to capture a sense of the surrounds of the loch and the Red Cuillin that tower above the water.  The image signifies a sense of mystery to what lies below the surface especially in the shadow areas, but for me the level of light makes the image rather flat and uninspiring. 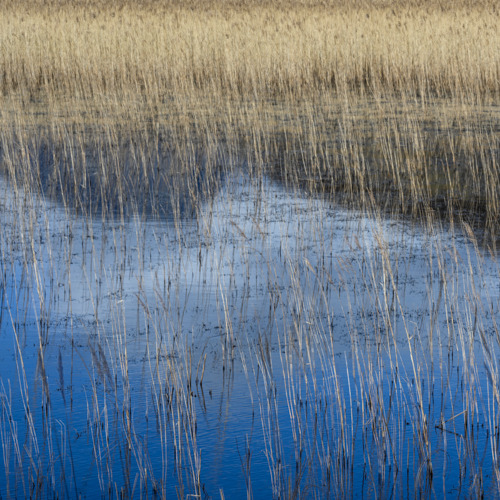 I am attracted by the diagonal pattern of light and shade on the water’s surface but as an image about the Being of the loch I think it is unsuccessful.  Rather like the previous image, the lack of light on the background reeds fails to provide the contrast with the darker shadow area in the middle ground thus not giving the sense of mystery below the loch’s surface that I am after. 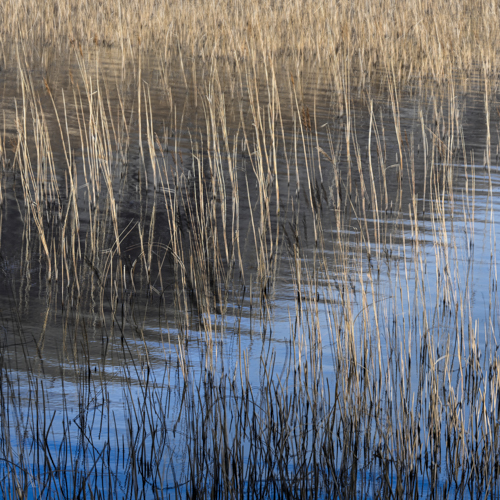 Today’s shoot split into two halves.  The early shots where the reeds were lit by the sun at the north end of the loch, and where the scene was punctuated by light and shade, worked well and achieved a sense of the depths of the waters and the secrets it harbours.  However, the later images, lacked contrast and sufficient tonality to achieve my objectives.

My name is Alison Price and for the past ten years I have travelled the world photographing wildlife, including Alaska, Antarctica, Borneo, Botswana, the Canadian Arctic, Kenya, Rwanda, South Africa, Zambia and Zimbabwe.
← Supervision Meeting 23 (21 March 2022) Dwelling in Extremis →