Image of the Week (August Week 2)

One of my favourite wildlife moments was in Borneo in 2010 when we came across an orang-utan with its baby.  I followed the mother and her offspring for over two hours and captured many intimate shots of their bond.  However, the whole experience was tinged with sadness as the baby was not expected to live, as she was small and vulnerable.  It is often said that we as human beings share 95% of the same genes as the organ-utan and on this afternoon it was abundantly clear. 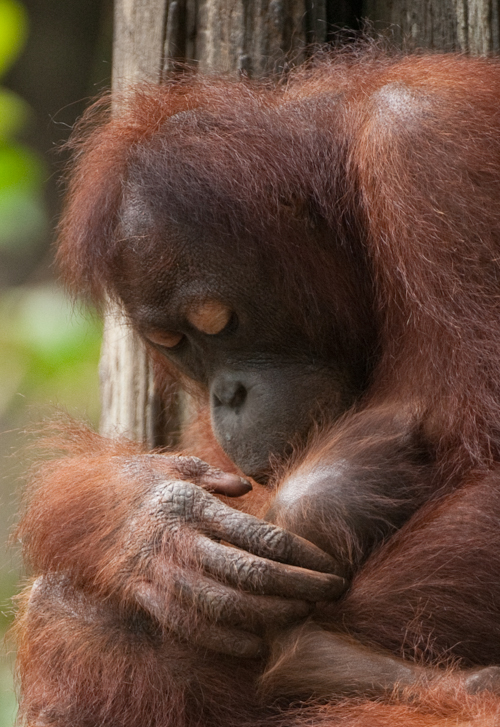 The mother was clearly enjoying every moment with her baby – feeding her, cuddling her and then the kiss that I had been waiting for.  She planted a clear kiss on her offspring’s head. 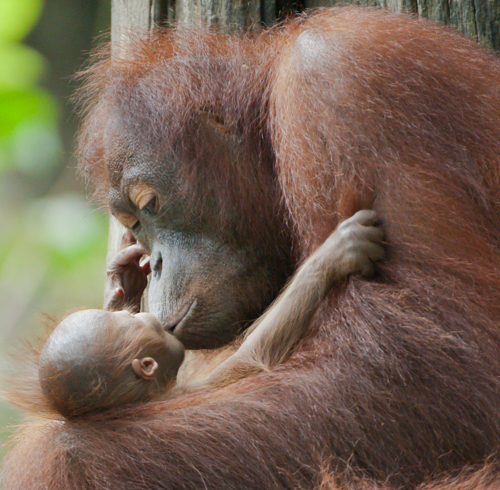 This image formed part of my successful Licentiate of the Royal Photographic Society panel submitted in 2011.

My name is Alison Price and for the past ten years I have travelled the world photographing wildlife, including Alaska, Antarctica, Borneo, Botswana, the Canadian Arctic, Kenya, Rwanda, South Africa, Zambia and Zimbabwe.
← An Interview with Graham Harman Photography After the Human by Joanna Zylinska →