Photography After the Human by Joanna Zylinska

I came across Joanna Zylinska’s article Photography After the Human this week and was intrigued by many of the ideas she presents. It is a piece that focuses on imagining a time, through the photographic image, when the human species is extinct. Through this process, the centrality of the human race is removed as a pivot point for the notion of the world.

“. . . photography’s power is first and foremost creative: it produces what humans refer to as “life” by carving out an image from the flow of duration and stabilising it in a certain medium.” (Zylinska 2016: 169).

“. . . photography is a quintessential practice of life. Photography records life, remembers life or even creates it, bringing forth images, traces and memories of the past while also transforming the latter into a different – clearer, more stable, less perishable – version of itself. To attend to this life-forming power of photography, however, involves having to go beyond the established tradition of understanding perception and cognition in Western culture….” (Zylinska 2016: 169).

The idea that photography captures a moment in time is not new but the sense that the photographic images carves out a transitory depiction of a dynamic and moving world encapsulates what I am trying to achieve through my photographic practice – the ephemeral hiddenness of a Hebridean Island.

Zylinska argues that through the process of portraying a post-human world it is possible to depict or represent ruination and the apocalypse. For example, an exhibition at Tate Britain in 2014 entitled Ruin Lust was derived in part from Rose Macaulay’s book Pleasure of Ruins (1953). The first image in the Exhibition is captured in its publicity: 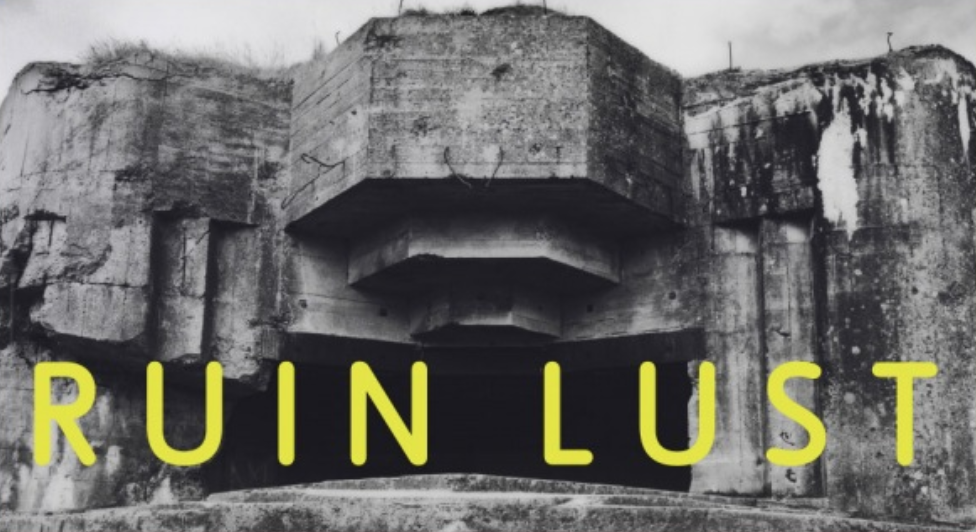 Similarly Tong Lam’s book Abandoned Futures: A Journey to the Posthuman World provides a global overview of decay and abandonment as humanity continues on its journey towards an uncertain future – to the point where our endeavours fail and decay takes over.

“The post-human gaze at modernist ruins reminds us that, no matter how many new objects we produce, consume, and discard, those objects will in many cases far outlive us and the purposes to which we put them.” (Mc Grath in Zylinska 2016: 174). 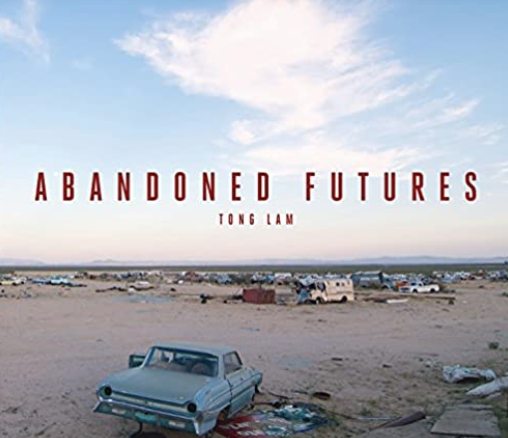 Edward Burtynsky and Andreas Gursky also represent a human-less world in their work such as Oil, Australian Mines and Water and Ocean.

Zylinkski further argues that our reliance today on photography is not in an effort to capture transition but the experience of being present in the flow of time – “lifeness”. This act of being present and conscious in the creative experience is something I wish to explore more in my PhD studies. Indeed, Zylinski goes further in suggesting that:

“. . . photography becomes a supplement to process philosophy in that it foregrounds moments when things stablilise, when they become things. Even though these moments of stabilisation and isolation are temporary and impermanent – how matter whether they are enacted on a mirror-like surface of metallic silver, paper covered with silver halide, or a CCD sensor – They sale down the “deep time” of nonhuman history to the human measure of duration and perception, while also reconnecting us to a temporal flow of matter and energy.

The philosopher Henri Bergson in Matter and Memory, says that:

“. . . the creative impulse of life takes it beyond representation as a form of picturing what already exists: instead, life is a creation of images in the most radical sense, a way of temporarily stabilising matter into forms. Photographic practice as we conventionally know it is just one instantiation of this creative process of life.” (Zylinska 2016: 179).

Zylinska argues that on this basis, photography can be considered to be “world making” establishing a photographic condition that surpasses human photographic practice. Photography is more than a dialogue between viewer and image or mind and world, and rather a dynamic series of interactions.

As always, at this preliminary stage of my studies I am unsure how and to what extent this article will influence the literature review or my photographic practice but I have found some interesting perspectives on photography told through a consideration of ruination!