I enjoyed this chapter of Patricia Townsend’s book Creative States of Mind, and whilst thought-provoking in part, I think the concepts and ideas, particularly about making choices about the size of the canvas for painters, and needing to do this before they even try to conceive what they intend to paint, is rather different in the photographers’ world.

I have talked a number of times in this blog about framing, cropping and making choices about what is inside and what remains outside my chosen image.  For a photographer, it is about taking away, reducing the scene in front of them, to convey the narrative, impact or feeling in their mind.  For the painter, I see his/her endeavour to be about choosing what to add to the canvas.

For me, the choice about the size and shape of an image depends on a number of things including:

There are also early considerations about the size of images, influenced by the subject and the type of presentation you have in mind.  Will the images be best served, by printing small and being hung in clusters or do you have a large gallery space where large imposing images would be the best form of display?

The majority of my images which made up my portfolio for my Final Major Project are in square format.  Why is this format appropriate and relevant?

Square format cameras became available in the 1930s with the Rolleiflex and Voigtlander TLR followed by a Hasselblad in the 1950s.  In the 1980s the rectangular format became more dominant with the advent of 35mm SLR and compact film cameras, although Polaroid did carry on the square format for a while.  Professional square format cameras were becoming antiques, but the artistic and aesthetic appreciation of the square image endured.  By 2010 the square format was making a comeback with apps such as Hipstamatic and Instagram providing square cropping options.  In spite of the changes in technology and devices we use, the square format continues to be popular.

The great painters would not consider using such a format probably because they needed more space to breath and produce a format similar to an image that our eye can see.  Many photographers consider the square format to be formal, rigid and inflexible and maybe my sense of order and formality responds to it for that reason.  But the square has a natural sense of balance and encourages the eye to move around the frame in a circle.  It is stable and gives a quality of stillness which is important in my imagery.   It works well for inanimate and serene subjects.  The square format lends itself to a simple approach – keeping the composition simple, in my view, is good practice anyway.  My photographic practice of spending many hours in the landscape, allows me to think carefully about the simplicity of my composition.

I have always been a supporter of the square format and used it in my wildlife images to good effect. 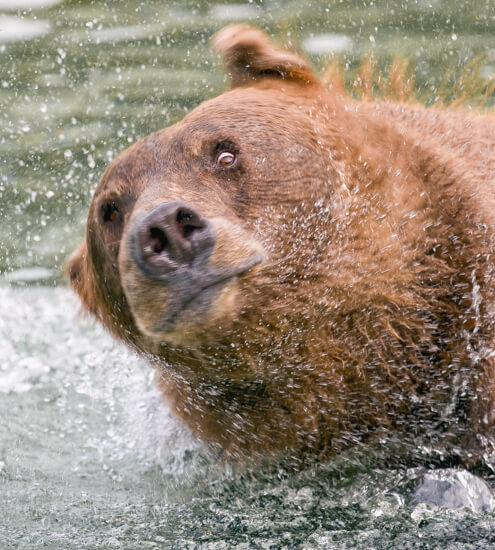 In this case the format emphasises the circular movement of the bear and increases the energy contained in the image.  Because the width and height dimensions are the same in a square, the viewer’s eye can move around the image in a circle, often towards the centre of the image.  And for images with the subject near the centre of the image, the format can encourage a circling, spiralling and zooming in approach by the viewer.  Sometimes the square format works in my images for this reason. 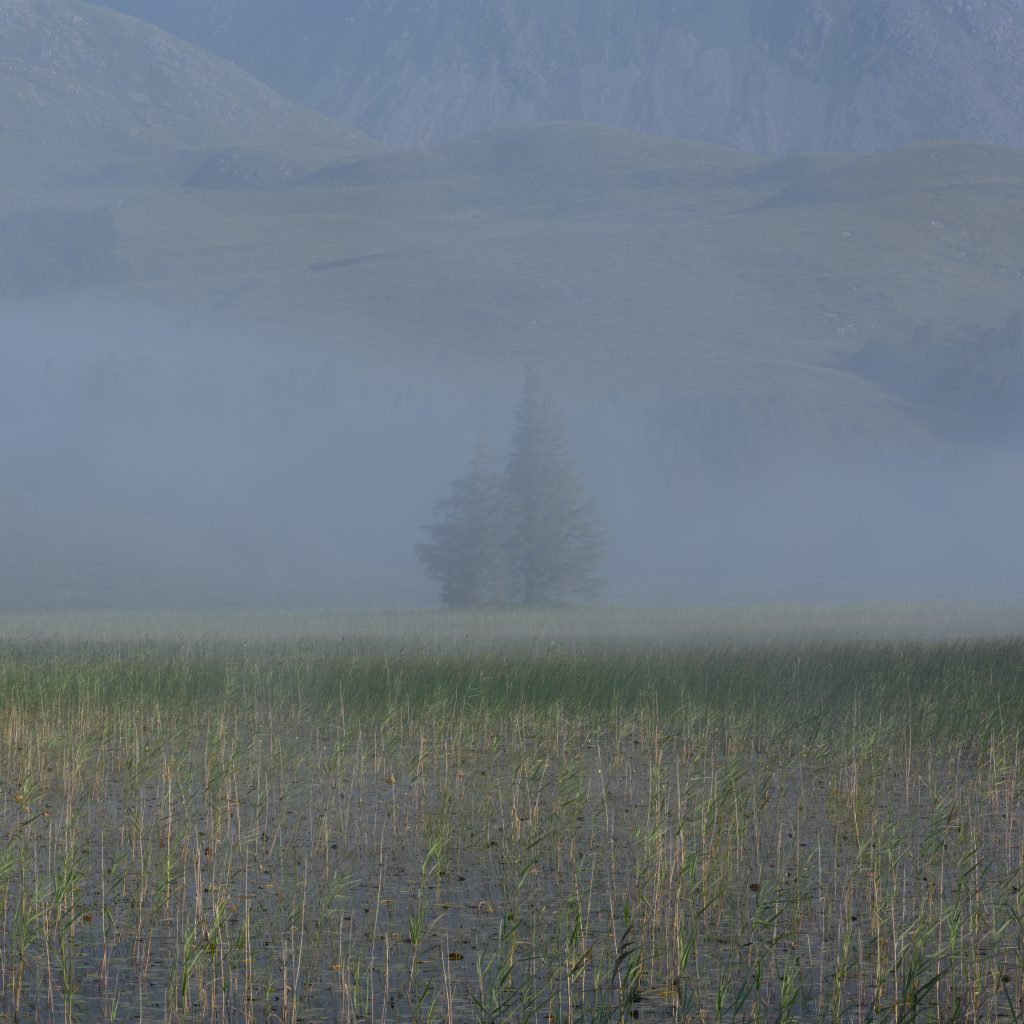 I want the viewer to be guided around the image, zoom into aspects that interest them and spend time considering the meaning in the photograph.  The square format is contained and allows the photographer to capture the viewer and encourage them to linger.  Excessive space in any direction may cause a person’s eye to wander away from the subject and become lost inside that ‘dead’ space or move out of the image altogether.  The square also works effectively where there are several subjects in the frame in containing them tightly.  Purists might say that the rule of thirds is less effective in this format, but I believe that it can work, as long as the image is not too busy. 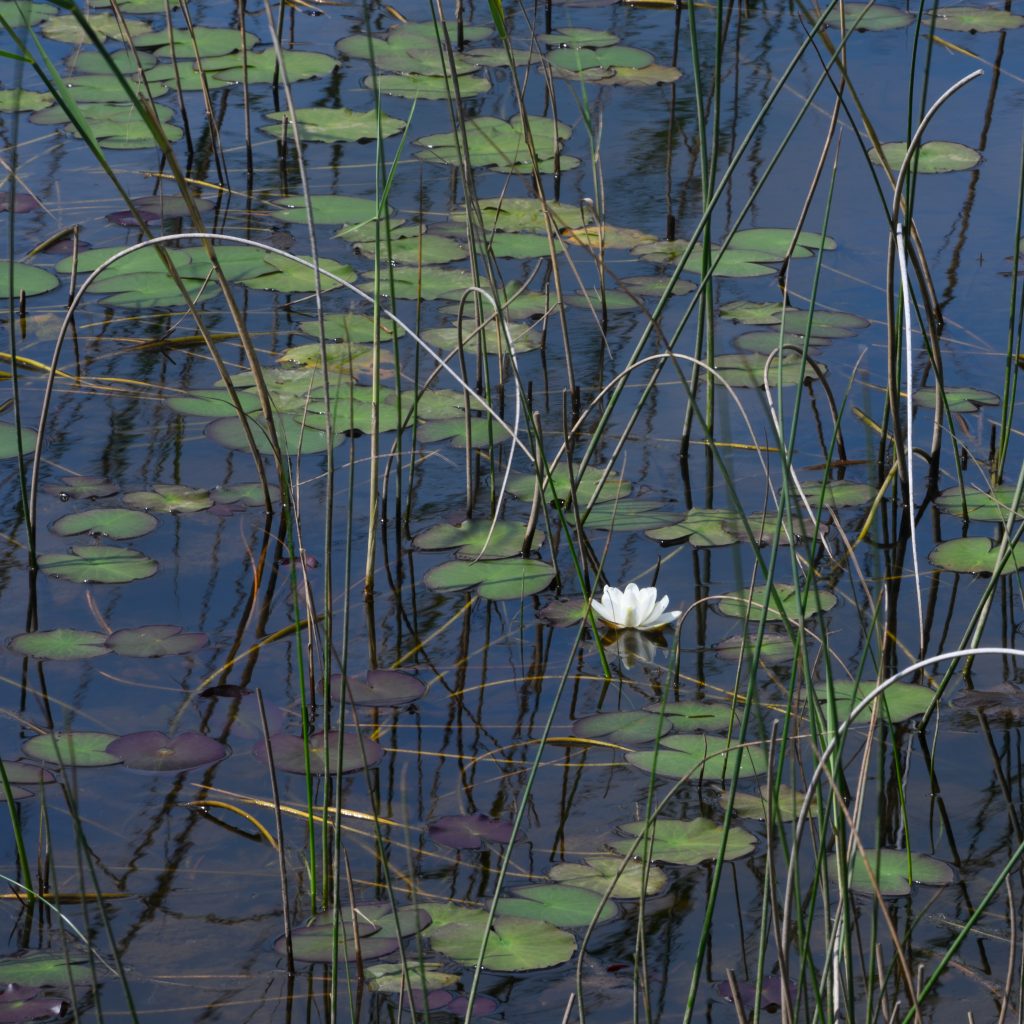 Another way of using square format effectively is in diptychs or triptychs where the linear and predictable presentation can give the sense of a rhythmic march, not achievable with a rectangular panel.

And finally, I believe that black and white photographs in a square format is a winning combination.  An image that relies on tonal contrast for impact, and emphasises visual elements such as line, shape and form is a classic and stunning partnership with a monochrome image.  Hence, its popularity with fine art photographers.

My name is Alison Price and for the past ten years I have travelled the world photographing wildlife, including Alaska, Antarctica, Borneo, Botswana, the Canadian Arctic, Kenya, Rwanda, South Africa, Zambia and Zimbabwe.
← The Digital Trees of Jennifer Steinkamp Image of the Week (May Week 1) →