Finally making images on “The Road to Elgol” (Week 7)

After an aborted landing at Inverness we finally touch down an hour late after waiting for the fifty knot winds to subside sufficient for a second attempt at landing. I finally make it to Skye and after a good night’s sleep I head out on The Road to Elgol.

The light is good and I soon start shooting at some of my favourite locations. The Cuillin has a dusting of snow on the tops which is very photogenic against the black rock. The reed beds of Loch Cille Chroisd never fail to inspire, whatever the light or time of day, and the contrast of the blue and yellow always makes for a good image but here I show it in black and white to emphasise the structure and form of the beds in winter.

The light flattens as I begin my descent into the little fishing bay of Elgol. There is a bitter wind blowing. The contrast of light and dark proves a challenge for both me and the camera and so I head back for a break.

As the evening light envelops the Island I head off again towards the marble quarry near Torrin and get some interesting shots of the quarry against Bla Bheinn. 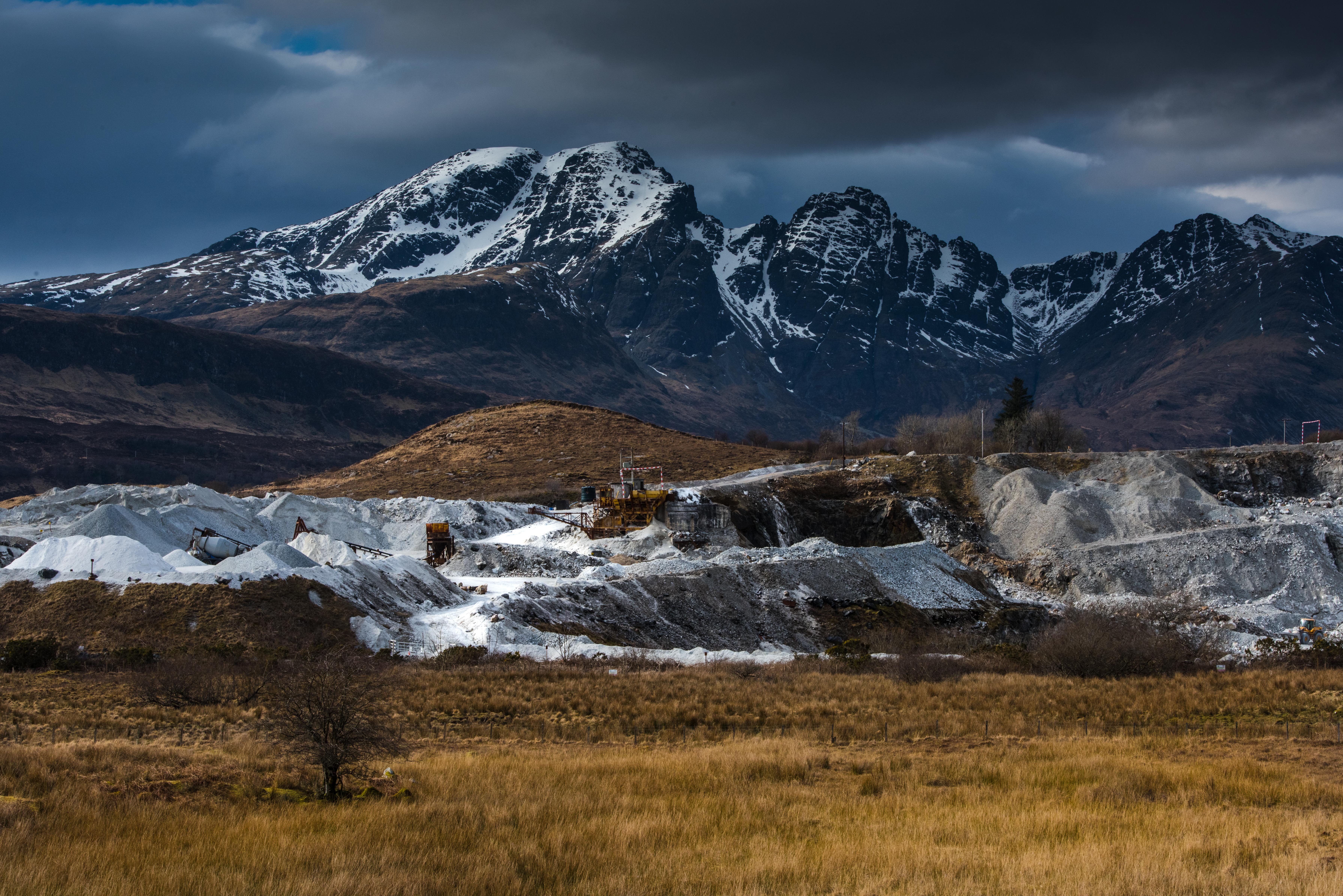 I also take some more shots of Cill Chroisd a sixteenth century church. 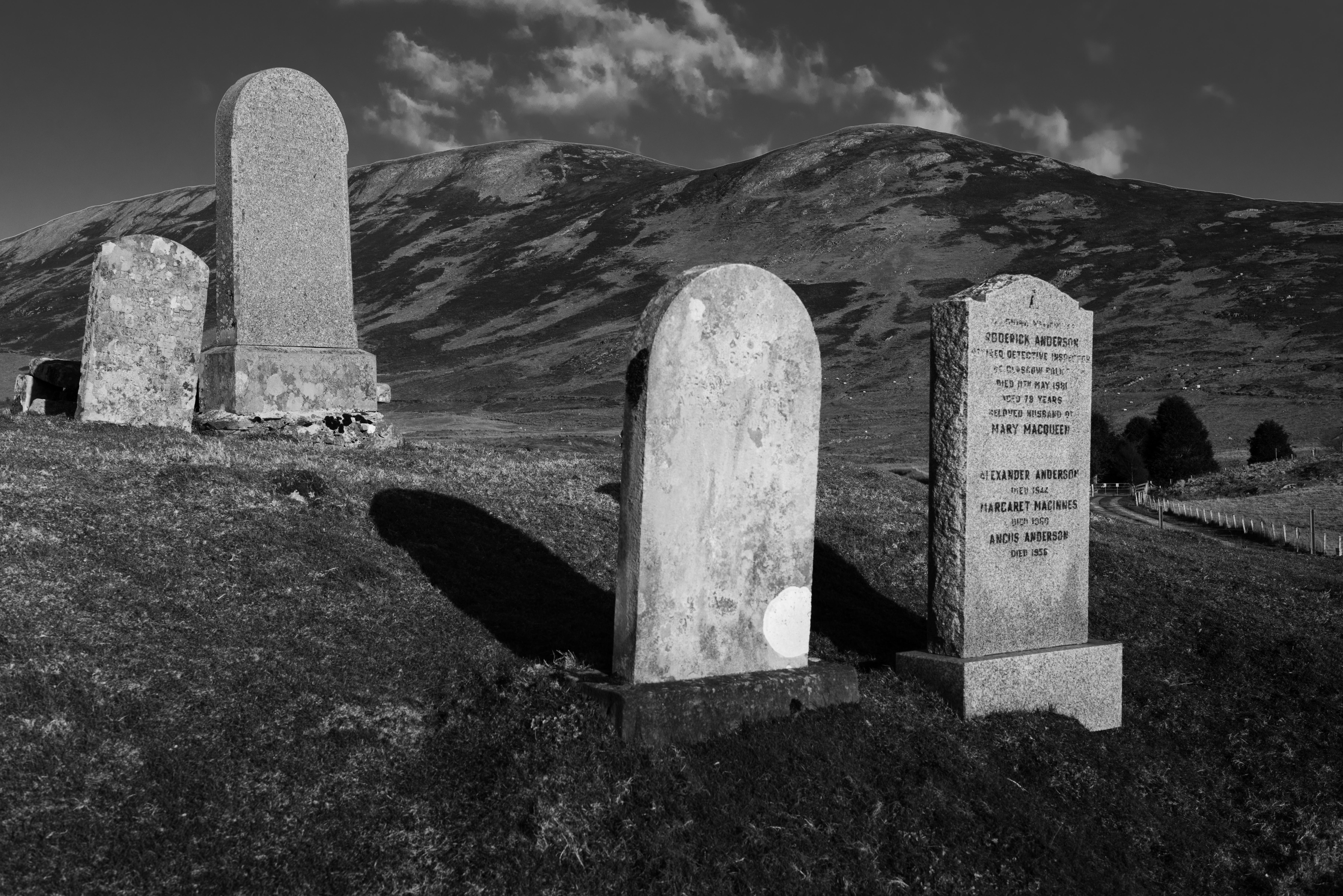 The following day I revise my shooting list to make sure I am taking photographs that will work in my Oral Presentation (as an example of the development of my photographic practice) or in my Work in Progress Portfolio. I take my tutor’s advice and take a “Road Trip” approach by taking a number of photographs on a similar theme. I spend some time walking through the village of Torrin and along the shores of Loch Slapin taking more detailed shots of where people live and work under the shadow of The Cuillin. 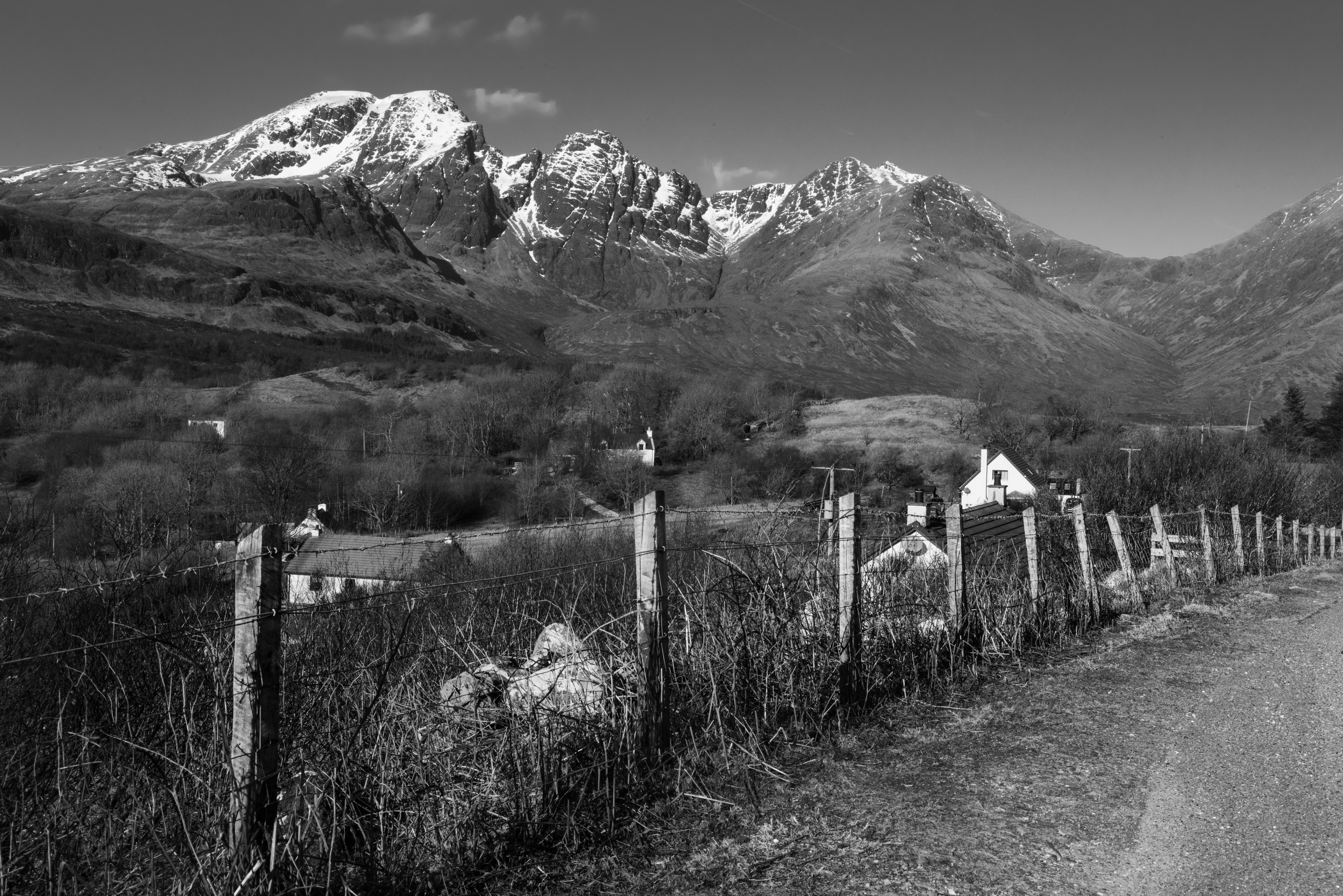 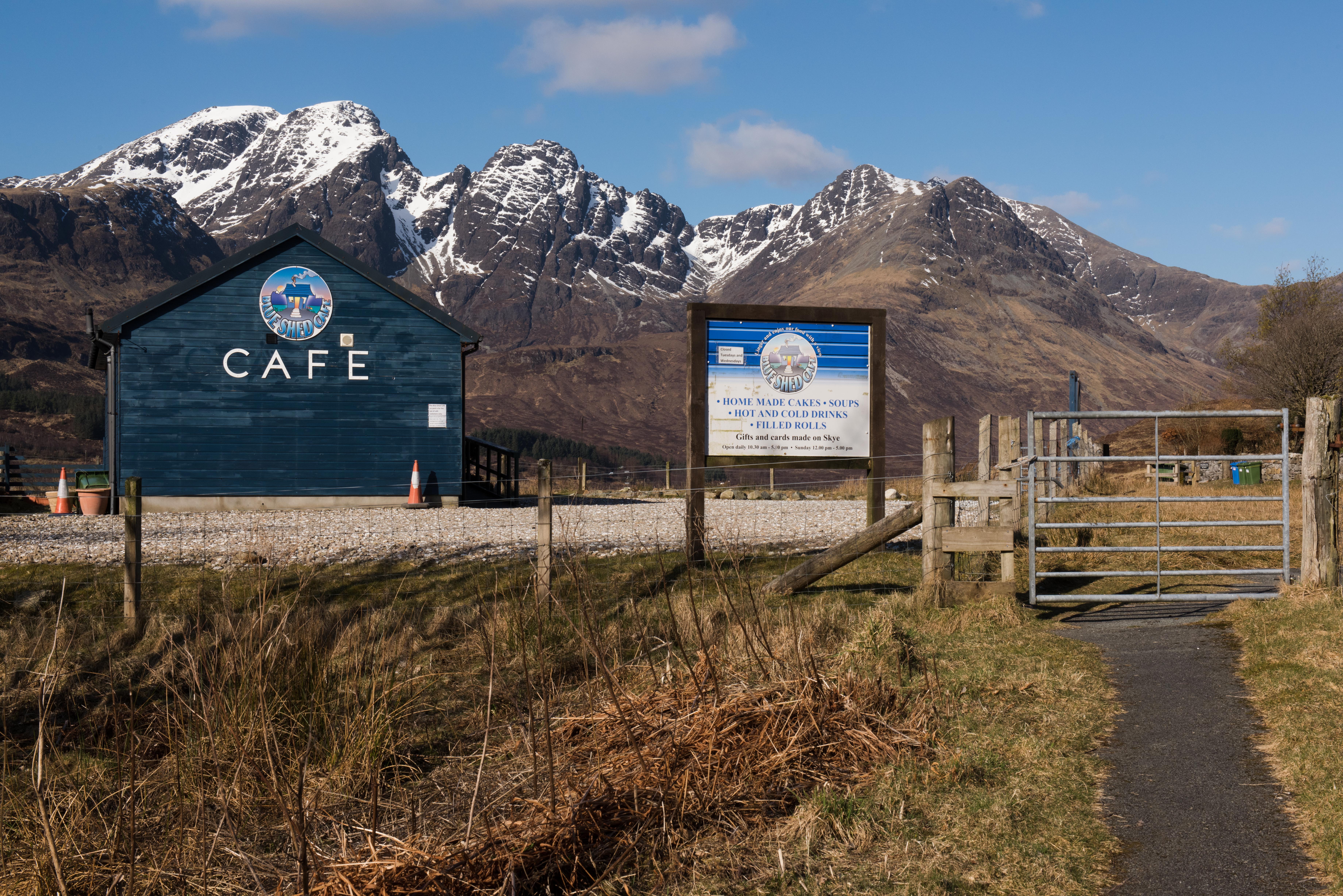 I prove my theory that walking the Road will serve as a much better way of seeing the details and vignettes often missed in a car.  Finally a rework of my “Passing place image”. 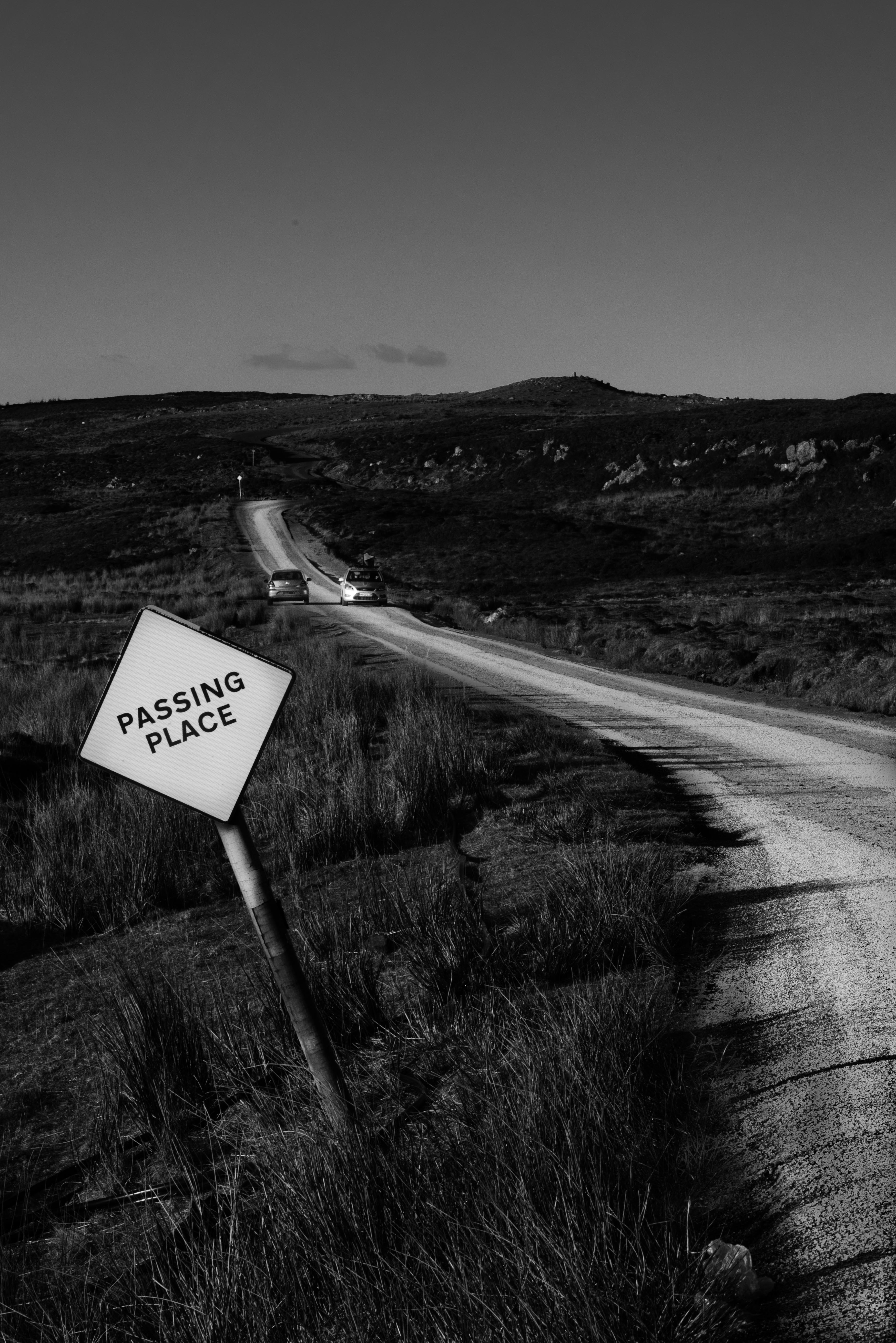 After a further flight cancellation I take a seventeen-hour train journey south so I haven’t yet had a chance to look through and process my images properly but here are a few shots taken this weekend.   A return trip to Skye is planned in a couple of week to continue my journey.

My name is Alison Price and for the past ten years I have travelled the world photographing wildlife, including Alaska, Antarctica, Borneo, Botswana, the Canadian Arctic, Kenya, Rwanda, South Africa, Zambia and Zimbabwe.
← A Challenging Micro Project - Portrait Photography (Week 7) A lesson for my future photographic practice (Week 7) →