The Colour of Time (Week 9)

An article in The Times on 4 August caught my eye. It was about a book called The Colour of Time about the reworking of images of famous people and world events converting them from the usual monochrome into colour. The article argues that is important to know that the Archduke Franz Ferdinand had blue eyes because:

“Colour adds new layers of meaning to famous figures usually viewed in black and white. They become more human, not always in a nice way.” 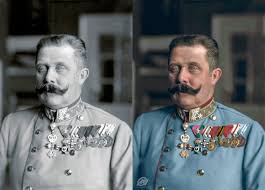 Before photography, portraits of famous people were in colour and after the 1960’s most photographic portraits also. However, the period in between generally was a black and white portrait era. If we think back to the images of the two world wars, it is almost the case that we view this era in black and white.

The authors of the book Maral (an artist) and Jones have chosen 200 image depicting key events and people to work with. Gerard DeGroot of The Times argues that a 1922 portrait of Hitler “renders him appropriately ridiculous.”

I have long considered colourisation, rather like adding a Formica Top to an antique mahogany desk. However, after reading this book, I’ve changed my mind. In colour, Kaiser Wilhelm looks even more a fool, exposing the enormous vanity of a mediocre man.”

However, photographers, myself included still use monochrome and with purpose. Colour can be an overpowering element of design. Working in monochrome gives other elements – such as texture, shape and form space to breathe and be taken in. Colour can distract and monochrome helps to focus on the key message in the image. Certain individuals, such as John D Rockefeller, DeGroot argues, succumbs to a sense of vulnerability hidden in black and white. On the other hand Stalin does not seem sufficiently evil in colour.

DeGroot finishes with an image that does improve with colourisation. The Wright brothers flying a glider needs a blue sky backdrop and the colour adds to the sense of the event in a way black and white could not. 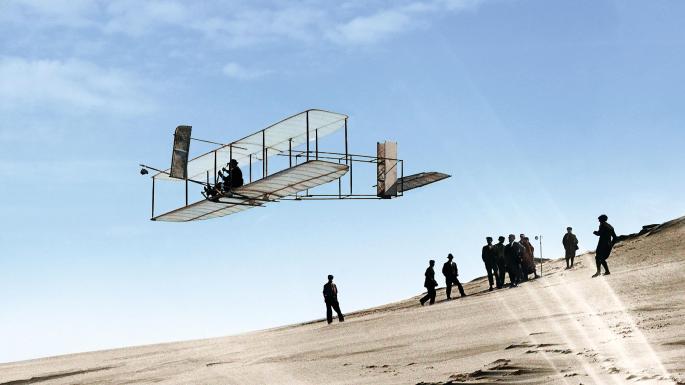 So, there are pros and cons to both black and white and colour images, which only serves to remind me that having a choice at the processing stage is important, and may not be a judgement that can necessarily be made at the point of capture. This article has been really helpful in suggesting that monochrome is not always best and I should remain open to the use of colour, where appropriate, and where the image or mood might be enhanced in this way.

My name is Alison Price and for the past ten years I have travelled the world photographing wildlife, including Alaska, Antarctica, Borneo, Botswana, the Canadian Arctic, Kenya, Rwanda, South Africa, Zambia and Zimbabwe.
← More about Olaf Otto Becker - A Lyrical, Sublime and Romantic Aesthetic (Week 9) Landscape as a Genre and How it Fits with my Photographic Practice (Week 10) →