I have been doing some independent research of contemporary photographers and was pointed to the work of David Eustace. Largely known for his fashion and celebrity work, I found a project entitled Mar a Bha (As it Was) based on the Isle of Harris in north-west Scotland.

Eustace’s  work immediately had a familiar feel to it. He had chosen to work in monochrome to depict the rugged island. His images often bearing a similarity to my own. He also uses slow shutter speeds and long exposures which I have been experimenting with in Informing Contexts. Guy People, Director of The Scottish Gallery said of his work:

“This was a place where time has stood still, as the season turns immutably; an island facing the vastness of the Atlantic Ocean, life lived in the lee of the storm, senses sharpened, tuned to the drama of each day. The artist’s response was to use slower shutter speeds, the longer exposures symbolic of a pause, an inward breath to allow the experience to persist and lending a grainy truth and mineral sparkle to the rocks and sand.”

He also referred to Eustace’s painterly, abstract aesthetic which I believe is similar to my more recent work.

Here are a few of Eustace’s images alongside some of mine to show the similarity of approach and aesthetic: 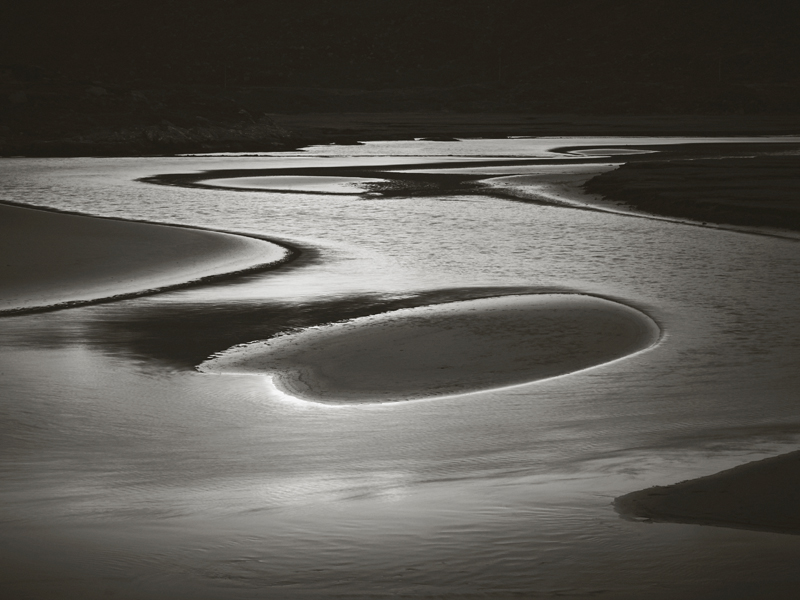 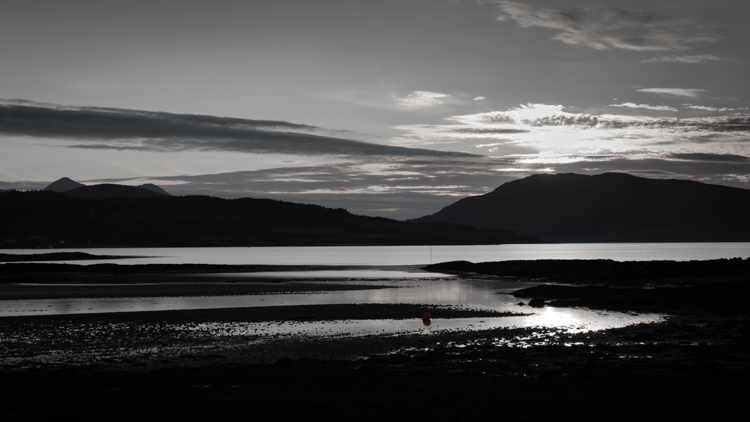 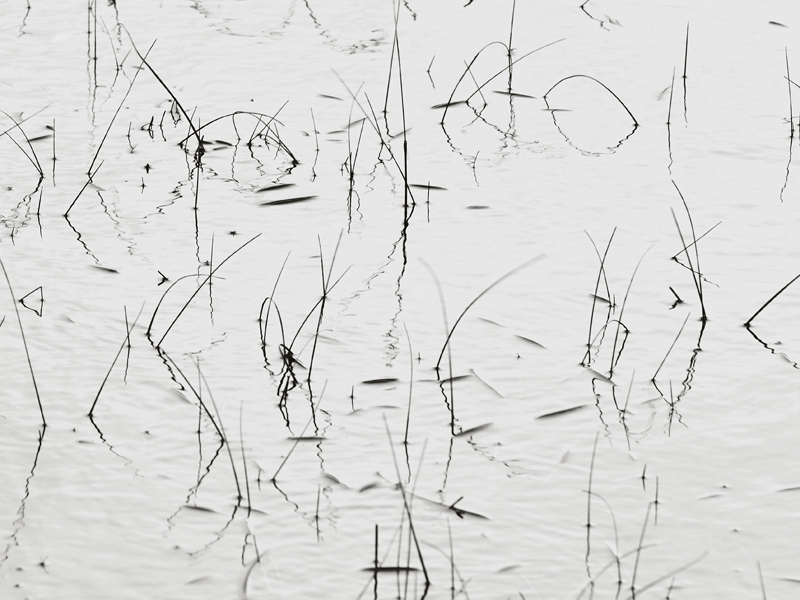 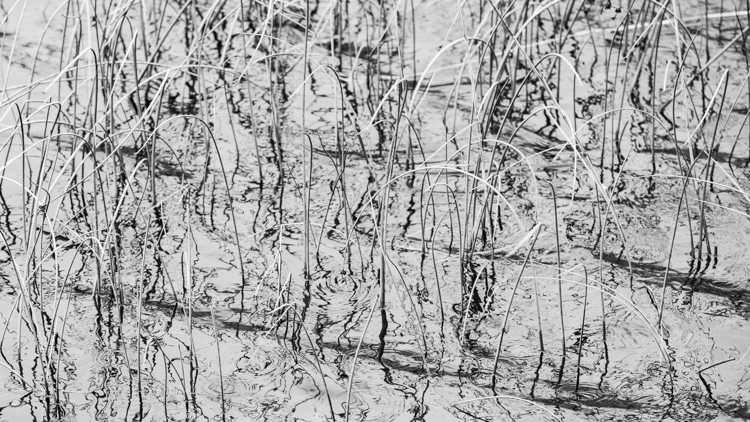 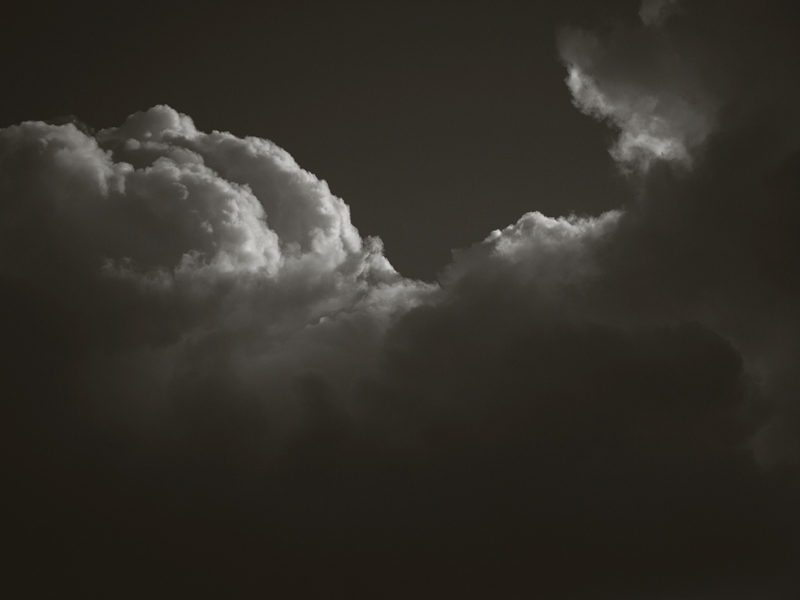 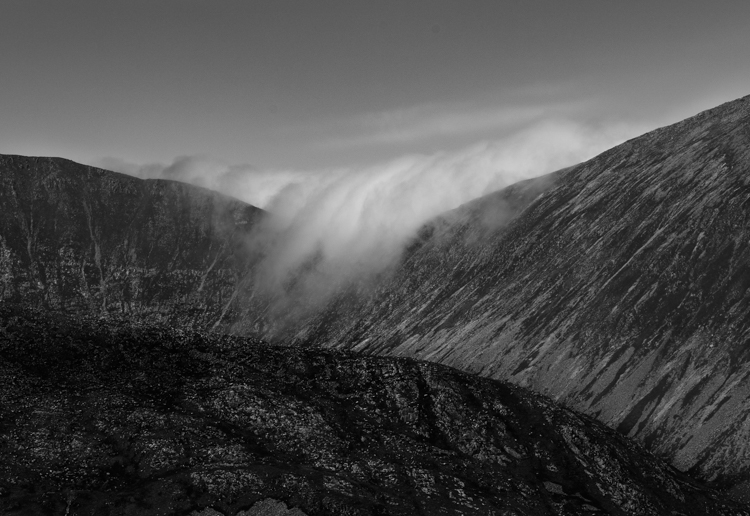 Interestingly, as I loaded these images, thinking mine were very similar, I have realised there are a number of striking differences and aspects of Eustace’s work I might choose to emulate in order to improve my own image making.  In the first pair of images Eustace has focused in on the patterns and light on the water and sand (which at the time of shooting I believed I had done too) whereas I have, in fact, widened the frame to include the distant mountains and the sky.  This is a learning point for me as I think his image is much stronger for it.  In the second pair of images the opposite has occurred with me zooming into the subject.   In the final pair, Eustace has made good use of light whereas mine is flatter and again a wider view.  Having said that, since Surfaces and Strategies I have started picking out elements of the landscape and in this regard Eustace’s work is really interesting for me.  Another useful point for me is to be more careful in capturing light and increasing the tonality in my images.

As I return to Skye on Tuesday I have lots of inspiration and learning points to bear in mind as I bring my Work in Progress Portfolio together.

My name is Alison Price and for the past ten years I have travelled the world photographing wildlife, including Alaska, Antarctica, Borneo, Botswana, the Canadian Arctic, Kenya, Rwanda, South Africa, Zambia and Zimbabwe.
← Contemporary Cultures of Display (Week 9) Back working in Skye - A Stroke of Luck (Week 10) →