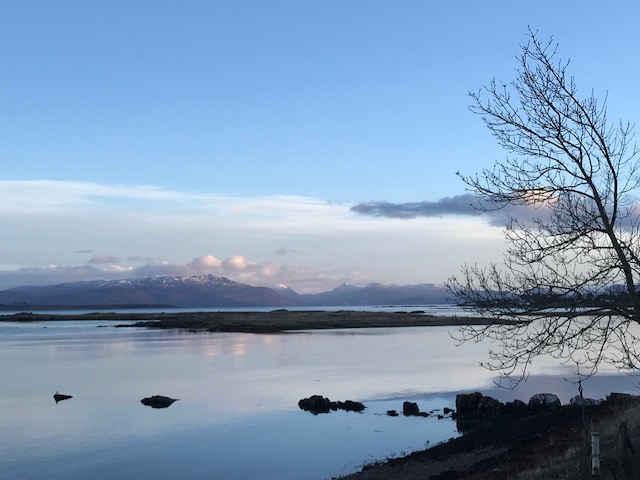 I went into our tutorial at the end of this week with a question that I still don’t think I know the answer to:

If we accept that photographs are constructions, how is this compatible with the indexical nature of a photograph?

My police work was done within a certain framework and formula with the intention to provide evidence that would be scrutinised.  If we have a photograph taken for our passport we must comply with certain rules.  Scientific photography is also bound by expectations and standards of image making.

An index is defined as something that did exist.  However, in my view, the finished image can differ significantly to the basic scene in front of the photographer and the camera lens when the image is taken. The photographer makes many decisions before they press the shutter such as angle of view, composition and the relationship between components in the frame, shutter speed and aperture, and many others. If using program, shutter or aperture priority mode then many decisions are made by the camera. Similarly, when using JPEG the photographer allows a software engineer to make choices on their behalf, and then makes further choices in post-production such as cropping, converting to black and white, applying filters, varying clarity and so on.  Then, there is the final choice as to which of the images from the contact sheet is actually used.  We were introduced to a couple of examples this week where the contact sheets showed a variety of different images that would have provided wholly different narratives to the one ultimately chosen by the photographer.

The Child with the Toy Hand Grenade contact sheet reveals a child playing with a toy. 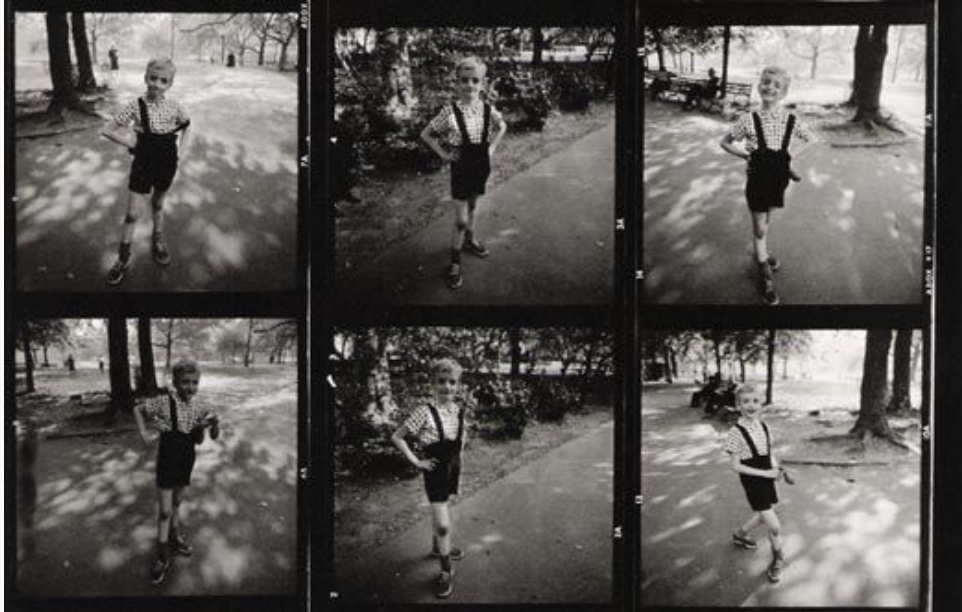 However, the one Diane Arbus chose to publish provided a much more sinister view. 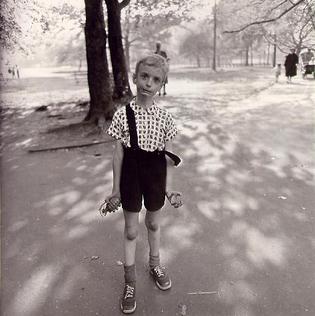 Similarly, the iconic photograph taken by Dorothea Lange of The Migrant Mother did not necessarily reveal itself in the other images taken at the time. 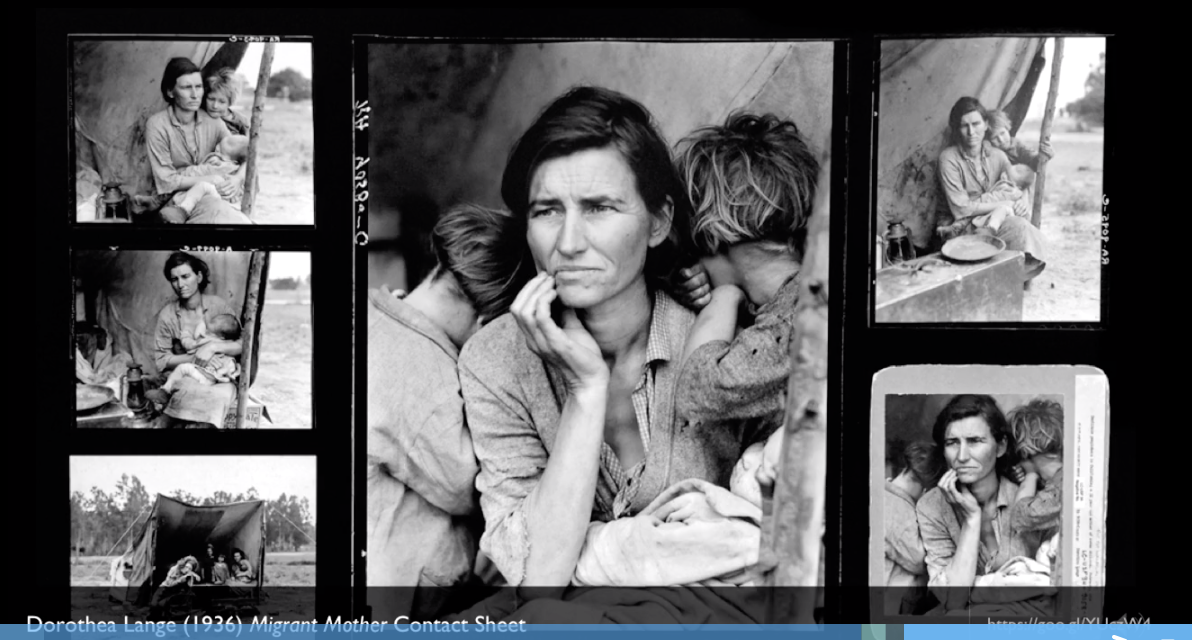 The Madonna and child is not remotely visible in the other images. 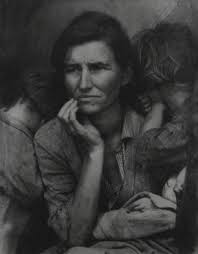 Something that relates to my work, as I am primarily working with black and white images is whether they can be considered indexical given we do not view the world this way.  Although I would argue that I do see the world in black and white.  Were Ansel Adams images indexical?  Given that many view his images as what he saw in his mind and not what the camera produced this is also questionable and would equally apply to my work.  Are Ansel Adams images a fair representation?

My more recent work is intended to reflect my emotions and moods relating to the images I saw and shot in my early police career.  I do not necessarily expect my viewers to see them as indexical although they are in my view, straight shots.  I carefully choose what’s in and out of the frame and where each component part is placed in the frame.  I choose to present them in black and white which I consider reflects my mood in seeing and producing them.  My expectation is that my audience will interpret them in that light and the words I add provide them with additional information to do this.

So, to what extent is a photograph indexical.  Well, it depends.   It depends how you define indexical and whether it is a relative term, used to compare photography with painting, which is considered not to be indexical.  If it is simply an image of something that did exist, or a component part of the image did exist then many photographs would fall into this category.  However, I feel that when people talk about the indexical quality of an image they believe there is a sense of realism and truth about the image they are viewing.     But, then how many people today automatically consider a photograph to be without change, interpretation or photographic choices having been made?

My name is Alison Price and for the past ten years I have travelled the world photographing wildlife, including Alaska, Antarctica, Borneo, Botswana, the Canadian Arctic, Kenya, Rwanda, South Africa, Zambia and Zimbabwe.
← Roland Barthes - Camera Lucida (Week 2) Constructed Realities and Hunters and Farmers (Week 3) →