My head hasn’t stopped spinning since my Exhibition at the end of October – since then I have been working on pulling together my Final Major Project and drafting the Critical Review of Practice, and in between times writing in my Critical Research Journal.

Indeed, I had almost forgotten that during my Exhibition I had met a senior professor from the University of Reading. We talked a lot about my practice and he spent a significant amount of time viewing my work. As he left he said he had a proposal for me. At that point I knew nothing about him except that he appreciated my work.

My first degree is in History and I love learning about what has happened in our past. As a child, I enjoyed visiting the beautiful castles of Wales and remember very clearly, whilst at primary school, being fascinated by a trip to Chedworth Roman Villa.

I now have the dates in my diary and thought it would be timely to do a bit of research on Silchester. 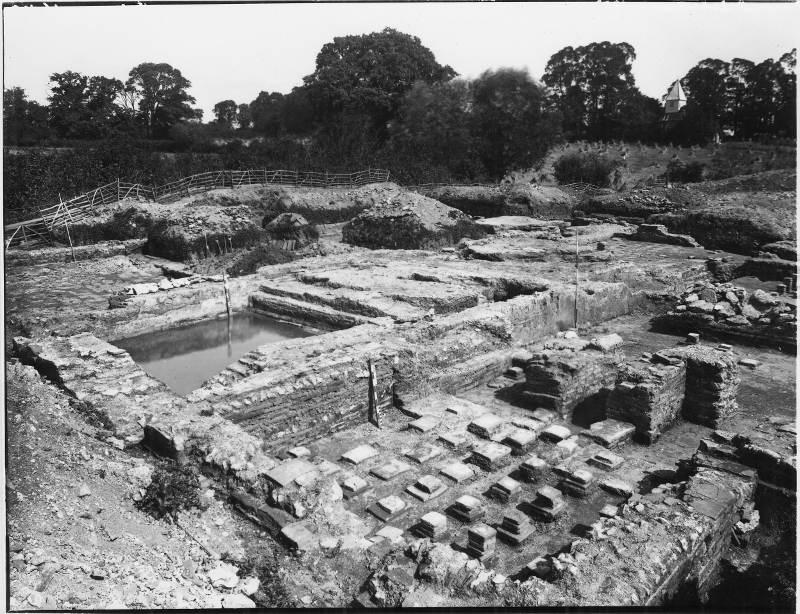 Calleva Atrebatum is an Iron Age and Roman town nestled in open countryside on the border of Hampshire and Berkshire.   Silchester was originally the centre of the Iron Age kingdom of the Atrebates tribe before developing as a Roman settlement after the Roman conquest in AD 43. The town flourished until the early Anglo Saxon period having a number of public buildings and being laid out in a distinctive grid pattern. It was substantially excavated during the later 19th and early 20th centuries and more recently over the past thirty years.   Unlike other Roman towns such as Chichester and Winchester, Silchester is not the site of a modern day equivalent city.

While not being close to the Thames (which is over ten miles away), that would have provided transport opportunities, Silchester is located on high ground with commanding views and furthermore there is an easily accessible supply of water. Calleva means ‘woody place’ and investigations have confirmed that the early settlement was surrounded by timber useful in the original construction of the site and as a fuel source. Calleva is spread over 100 acres and notwithstanding its distance from the Thames became a successful trade centre.

Early excavations began at Silchester in the 1860s commissioned by the owner of the land, the Duke of Wellington. This work was followed by a twenty-year project conducted by the Society of Antiquaries of London commencing in 1890 and by 1909 the area within the Roman town walls had been excavated. Any further excavations within the walls were thought to be futile and a re-excavation in the 1960s seemed to confirm this position. However, the conclusion of the on-going excavation by the University of Reading suggests that 80-90 per cent was not excavated by the Victorians, as originally believed, and the undisturbed areas survive intact. Excavations in the 1980s revealed differences between findings at this site from other contemporary settlements in southern England. In particular, evidence of diet suggest olive oil, fish sauce, oysters and wine were consumed. These findings seemed to point to settlers from northern France.

The Roman town included an amphitheatre, public baths, temples and housing for residents including highly-decorative town houses as well as the more basic timber framed buildings. The main street included shops and workshops with the wealthier residents living away from the main area. This was the area the Victorians had revealed, hence the assumption that most of the town had been revealed.

The University of Reading research suggests that the town was occupied into the fifth or sixth century.  However, the reason for its abandonment remains speculative, and may have been part of the Anglo Saxon policy of cleansing or related to the nearby settlement of Dorchester-on-Thames. Whatever the reason, the abandonment involved the deliberate destruction of wells. 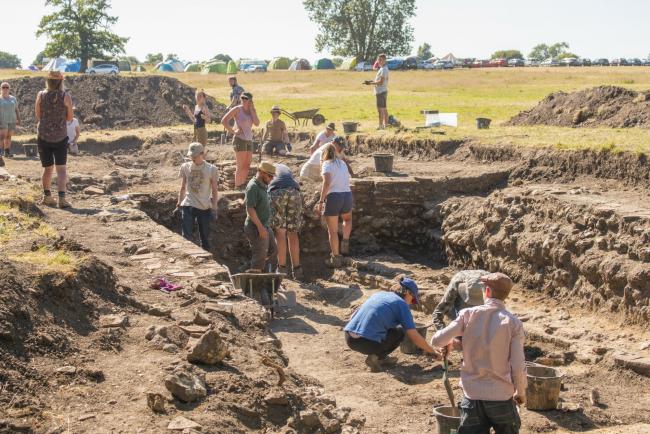 The on-going research by the University of Reading is examining a residential and working area close to the centre and its aim is to examine a part of the insula from its origins in the late Iron Age to the demise of the town in the fifth and sixth centuries – a microcosm of the extensive site.

My name is Alison Price and for the past ten years I have travelled the world photographing wildlife, including Alaska, Antarctica, Borneo, Botswana, the Canadian Arctic, Kenya, Rwanda, South Africa, Zambia and Zimbabwe.
← Reflections on Exhibitions (Week 24) Turning my Back on Phenomenology (Week 24) →