I have already written about my exciting week working on a film with Gemma Wearing. One of the interesting things I learnt was more about shooting a time-lapse sequence with my camera.

The first sequence that Gemma set up was at the Old Man of Storr. She was using a standard lens and after a few minutes of watching the grey swirling clouds, she suggested that I return to the car and grab my camera and 70-200mm lens. Gemma’s idea was to capture two sequences with different lenses that she could cut between in the final film edit. When I returned she set up my camera (with the longer lens) shooting time-lapse images from a closer viewpoint. As we stood admiring the scene our cameras clicked in synch for about an hour. And as we did so, the sun lit up the Old Man and the landscape and Loch Leathan in front of us. 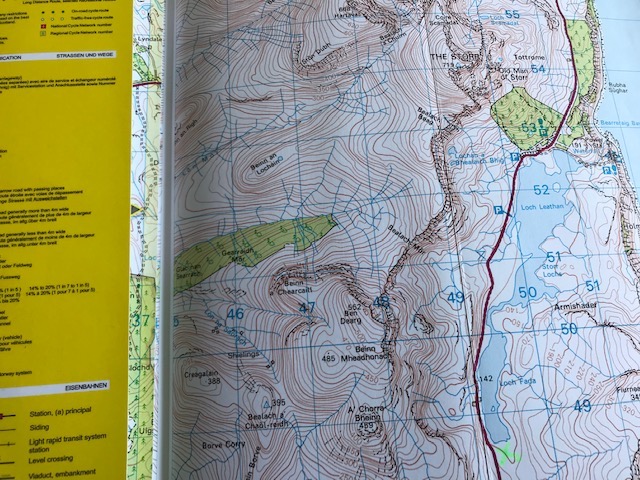 Shooting position for the Time-Lapse at The Old Man of Storr – Alison Price, October 2019

We also set up further time-lapse sequences at Ord and also in Harrapool, where we captured the tide going out over a four-hour period, with two cameras. 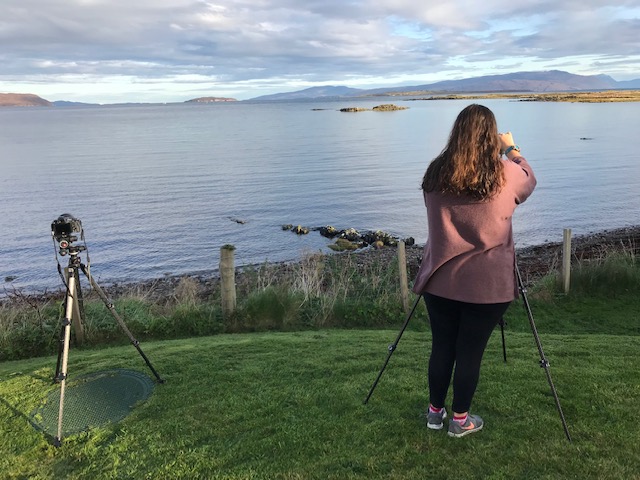 Setting up for Time-lapse Photography

I am using this blog as an aide-memoire for me to follow when I next try out my skills with time-lapse:

Don’t forget to turn VR off (when using the tripod)

A note of caution I think. I know that time-lapse photography is very popular at the moment – mainly due to the BBC using this technique but it can be over-used and over-done. A useful tip from Gemma – only use time-lapse if you want to show the passing of time or movement.

My name is Alison Price and for the past ten years I have travelled the world photographing wildlife, including Alaska, Antarctica, Borneo, Botswana, the Canadian Arctic, Kenya, Rwanda, South Africa, Zambia and Zimbabwe.
← Filmmaking with Gemma Wearing (Week 20) Storyboards and Teasers (Week 20) →