Defining and Interesting Posts from my FMP CRJ (Week 27)

I have written nearly 100 posts leading up to and during FMP about my work in progress, other photographers’ practice, artists and writers, and contextual research I have undertaken to inform my practice. I have also provided summaries of visits to various Exhibitions I have enjoyed in London and Edinburgh.

Given the volume of posts, I thought it might be helpful to my readers to pick out a few that describe a defining moment in my journey or those particularly pertinent to the final images and outcomes. However, this post cannot be comprehensive so for those that want to know more you can systematically read through the ups and downs of my Final Major Project!

Being Creative in Naples (Week -4)

My journey started with a short break in Naples attending a photography workshop with Chris Weston and Simon Weir. The aim was for us to produce some images that summed up the essence of the area of Naples we were staying in – Rione Sanita. To help us with this we were shown around by an informed guide who was able to tell us some of the stories behind the people and place. I wanted to capture the chaos, frantic energy and the large numbers of moped speeding along the narrow streets and pavements. 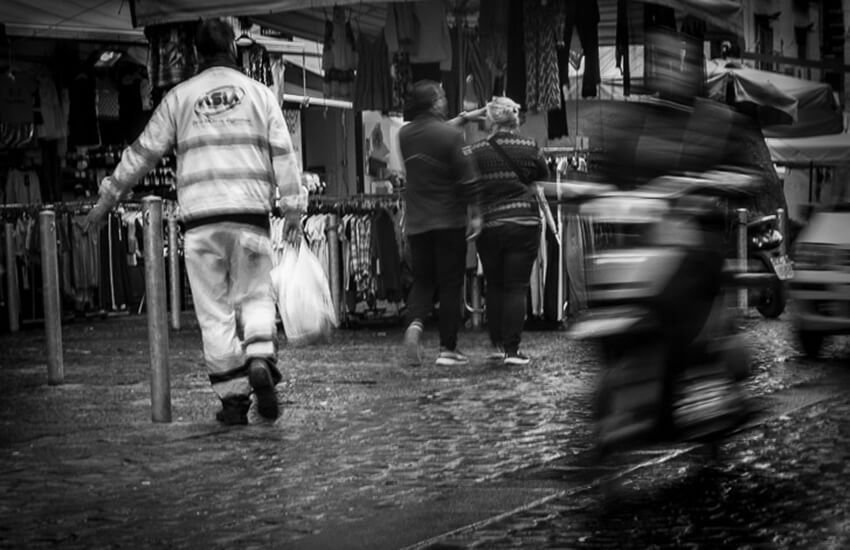 The start of FMP was tinged with sadness for me as my mother passed away. 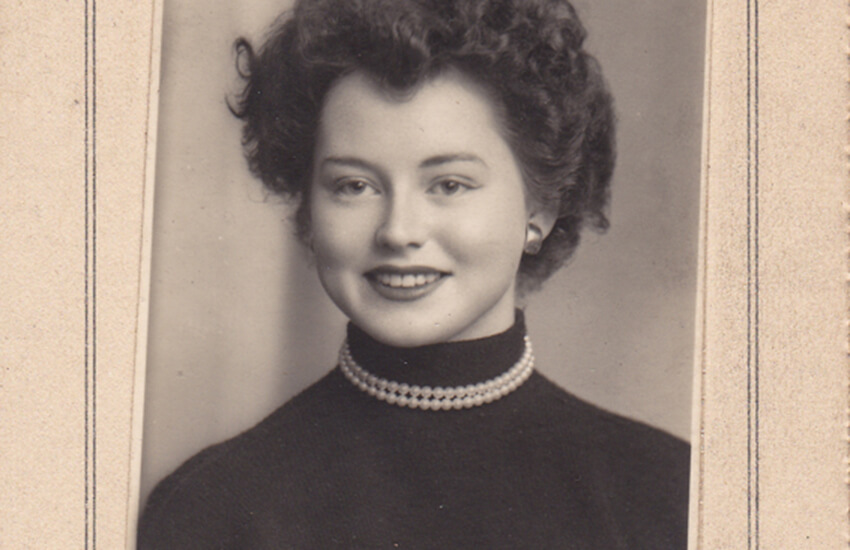 While I was trying to manage the emotions of this time, I found solace in being able to write about her in my CRJ along with revisiting Part 2 of Camera Lucida by Roland Barthes. In his book he talks about looking for and finding a photograph of his mother capturing the truth of the face he had loved.

I also managed to produce my Pecha Kucha presentation and submit my FMP Project Proposal on time.

I returned to Skye as soon as I was able. My tutor had suggested that I should make a lot of new work during the first part of FMP. We had talked also about researching the history of images of Skye. I found a really interesting book with many old photographs of towns and villages close to where I live on the Island so I set about rephotographing some of these old pictures.

I spent a couple of days in Edinburgh in order to visit some exhibitions – Wild and Majestic – Romantic Visions of Scotland at the National Museum of Scotland and a retrospective of the artist, Victoria Crowe’s work. I particularly enjoyed seeing the work of Crowe and found inspiration in how she exhibited her work that I will remember for future presentation of my practice. In particular, a moving film of Crowe’s work moving from bottom to top of the screen set to Schubert’s Winterreise took my eye. I found it calming and mesmerising and saw some similarities between her painting and my photography. I have yet to consider how this might inspire an interesting presentation of my work.

Nature as Picture or Process (Week 7)

Having Malcolm Andrew’s book Landscape and Western Art (1999) recommended to me at the end of Informing Contexts, I finally found time to read it and was very taken by a chapter about nature as picture or process. For me, this differentiation enabled me to legitimise the way I feel about nature as an ever-changing picture that occasionally reveals the essence of its being.

Definitely one of the highlights of FMP. I had travelled down to the Loch so many times but had never seen mist over the surface of the water. It was an August morning and the midges were out in force and managed to get inside my net. I was just about to leave – defeated and bitten when a breath of wind stirred which meant the midges would disappear. I carried on shooting for a few minutes unaware that the loch was now been carpeted in mist. At the same time a glimpse of sunlight lifted the heads of the reeds. It was magical and one of those images is in my Final Major Project portfolio.

I wrote a few posts about Monet as I started gaining inspiration from nineteenth-century painters. I was particularly interested in Monet as he was repainting water lilies at Giverny over a long period of time and his series Grainstacks legitimised for me the concept of returning to the same spot time after time. The depth and luminosity in his paintings was also interesting as I used multiple exposures to gain a similar sense of the world underneath the surface of the water.

In Week 11 I finally managed to read some of the old books about Skye that I had found in an antiquarian book shop on Skye! The quotation below from Seton Gordon as he glimpses Loch Cill Chriosd really resonates with me as he describes the movement on the surface of the Loch. So much so, I use it in introduction of my images for my Final Major Project:

“The north wind was chill, and on the upper slopes of Beinn na Cailliche we found little shelter from it.  Upon Loch Cille Chriosd, in Strath Suardal, immediately beneath us, the breath of the breeze could be seen to stir the waters, and dark flurries hurried southward in unending succession across the loch.”  (Gordon 1929:12).

I love Cooper’s black and white images of far-flung places, but it was his articulation of glancing and gazing that captured my imagination. The act of glancing is a superficial act whereas gazing is a conscious and extended process – the gaze has the capacity to pierce.

I spent a very interesting and informing week with young filmmaker Gemma Wearing. This post includes the storyboard we worked to during the week and a few of the teaser images from Gemma. 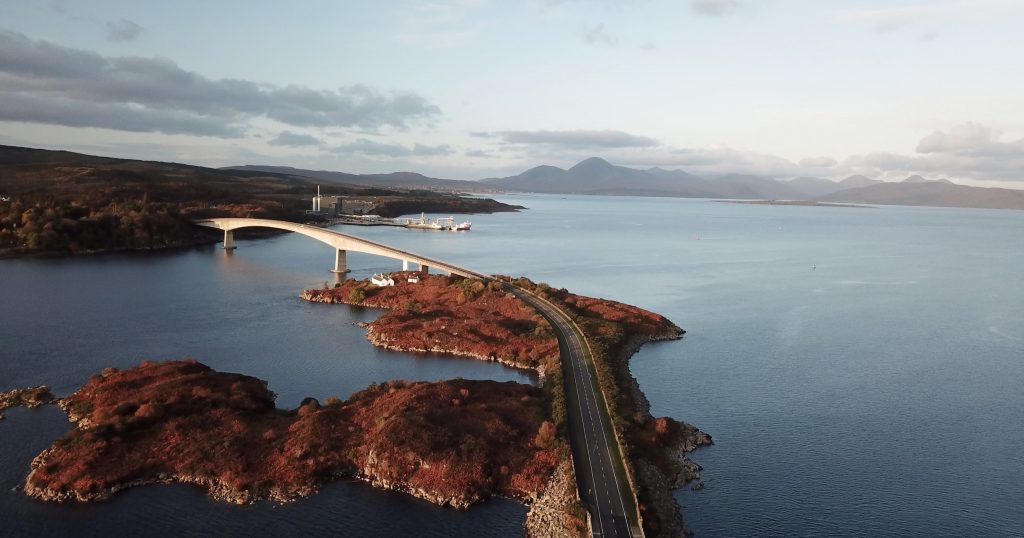 Staging my first solo exhibition at An Crubh on the Isle of Skye from 21-26 October was a highlight of FMP. The feedback I received about my work has set me well on the way to engaging a community of followers who enjoy my photography.

A visitor to my Exhibition, who also bought one of my images, offered me a commission to photograph the annual University of Reading archaeological dig at the National Heritage site at Silchester in 2020. I jumped at the chance to combine my interest in history with photography.

Turning my Back on Phenomenology (Week 24)

As I crystallised my thoughts in the context of my philosophical approach to my photography. I realised that phenomenology and the insights of some of the philosophical greats such as Kant, Husserl and Heidegger were holding me back. My personal ontology is based on a fundamental belief that reality lies out there, within the object.

As I put my Final Major Project images together I wrote about my reasons for choosing a square format and how that affected the way the viewer considers the photograph.

I hope this summary has provided a flavour of my journey through FMP.

My name is Alison Price and for the past ten years I have travelled the world photographing wildlife, including Alaska, Antarctica, Borneo, Botswana, the Canadian Arctic, Kenya, Rwanda, South Africa, Zambia and Zimbabwe.
← Wild Geese, Words and Images (Week 26) Feedback and Reflections on my Film (Week 27) →