Our first task was to find a piece of work, other than a photograph, that relates to our own practice or research interests. I have chosen this poem by Robert Sheridan as to me it encompasses all the reasons I spend time in Skye and why I would like to capture some of the treasures of “The Misty Isle’ in my imagery for my research project.

As mentioned in my blog last week, I am currently working on a project entitled “The Road to Elgol” that is seeking to document the landscapes, people, businesses and wildlife along this picturesque route from Broadford to Elgol on the Isle of Skye off the north-west coast of Scotland. The road includes some of the characteristics featured in Robert Sheridan’s poem including the “craggy ranged mountains”, “views of the lochs” and “settlements now fossilized treasures.” An image from the project to date is below. 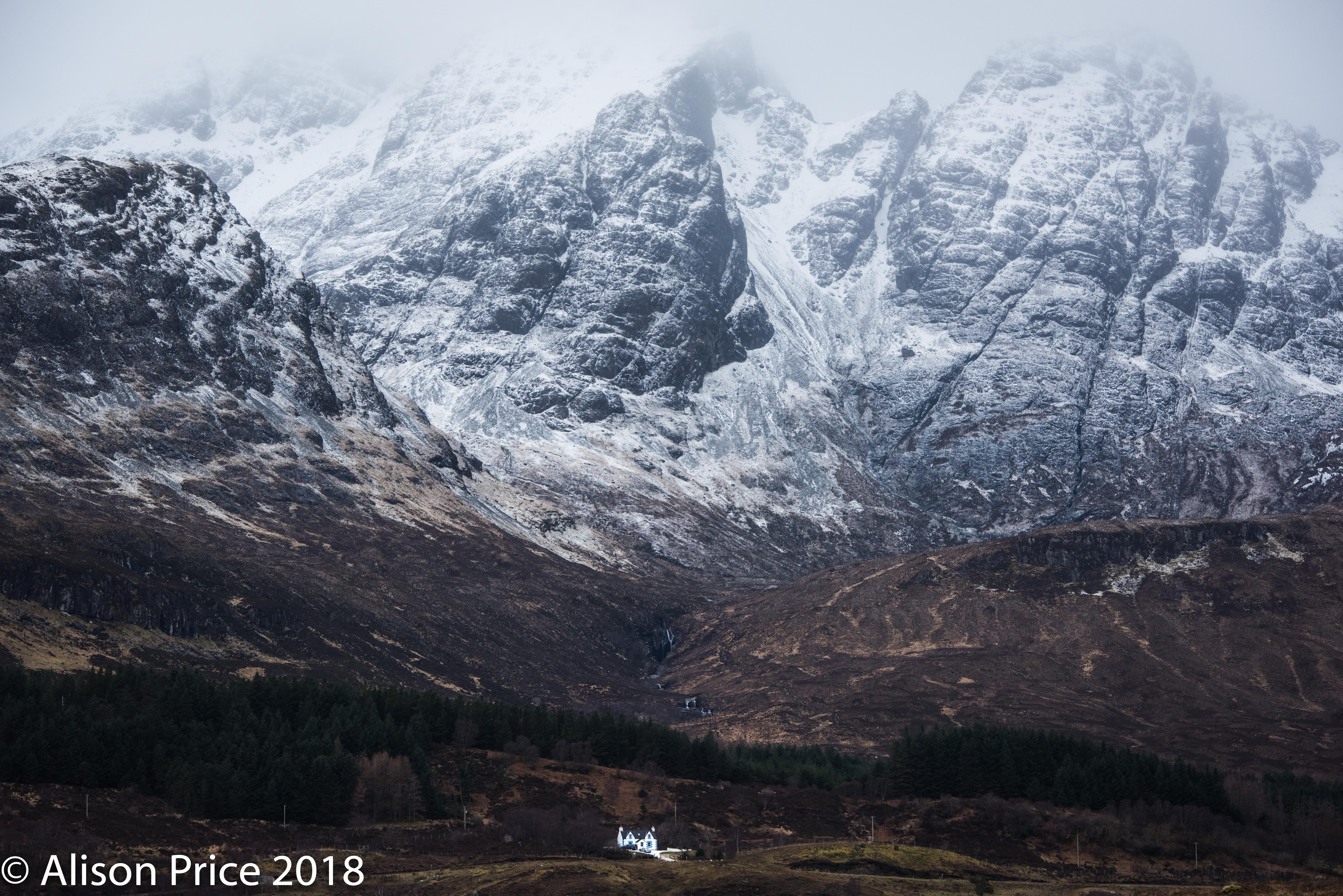 My second piece of coursework this week explored the intersection between documentary and journalistic photography with history and geography.   The still photograph, in particular, has provided a graphic archive that historians can access in seeking evidence to support their recreation of time gone by. The most interesting examples of this in my view (alongside the photographic records of the First and Second World Wars) are those captured as part of the exploration of inaccessible places such as Antarctica.

In particular, Ernest Shackleton’s Imperial Trans-Antarctic (Endurance) Expedition (1914-1917) has been documented in a series of books and films however, it is the still photographs salvaged by the expedition photographer Frank Hurley that provide the most graphic journal and evidence of a journey that might otherwise have been deemed incredible.

These images (now held by The Royal Geographical Society) capture every stage of the men’s journey from the sinking of the ship to the traversing across the inhospitable landscape of South Georgia to record the Expedition’s return and launch a rescue mission to bring home the men waiting on Elephant Island. Hurley’s images not only provide a journalistic “account” of their expedition but also record the geographic landscape of Antarctica, Elephant Island and South Georgia and document the wildlife encountered. 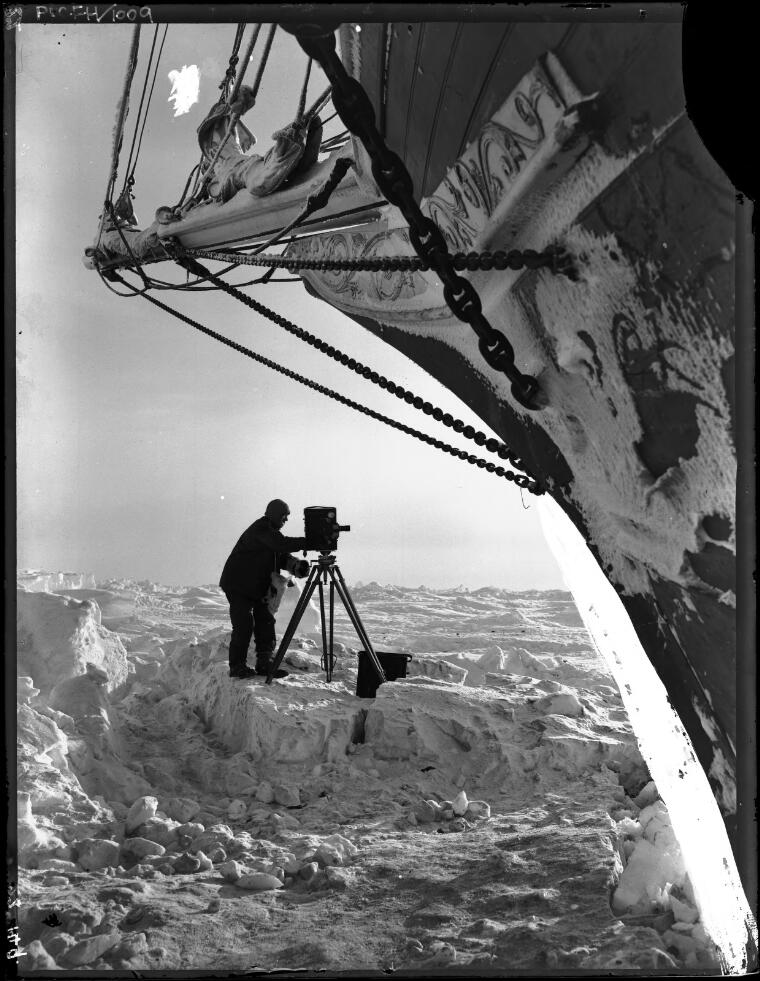 All of Hurley’s images are iconic in the sense that he only returned with those he and Shackleton determined were ones that were worthy, given the weight considerations, of making the journey across the ice and then across the sea to Elephant Island. However, it is the image below that has become synonymous with the Endurance Expedition. 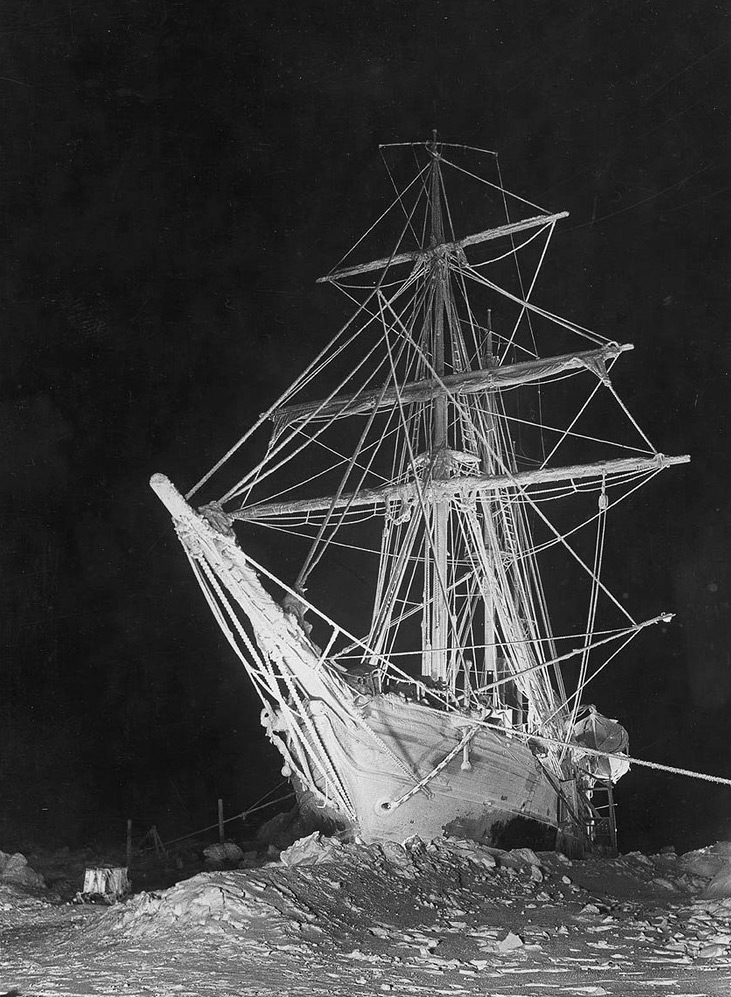 The image taken on 27 August 2015 shows the Endurance beset by ice. In Hurley’s diary he writes:

“During the night take flashlight [pictures] of the ship beset by pressure. This necessitated some twenty flashes, one behind each salient pressure hummock, no less than ten of the flashes being required to satisfactorily illuminate the ship herself. Half blinded after the successive flashes, I lost my bearings amidst hummocks, bumping shins against projecting ice points and stumbling into deep snowdrifts.”

The words of Hurley are graphic enough and adequately describe the conditions he was working in but it is the image that conveys this absolutely and also the reality of the Endurance’s plight.

My name is Alison Price and for the past ten years I have travelled the world photographing wildlife, including Alaska, Antarctica, Borneo, Botswana, the Canadian Arctic, Kenya, Rwanda, South Africa, Zambia and Zimbabwe.
← First Thoughts on my Research Project - The Road to Elgol (Week 1) Interdisciplinary Reflections on my Current Practice (Week 2) →