Having spent the last few weeks trying to get to grips with Roland Barthes and Susan Sontag I decided to give myself a break and try something different.  One of the comments on my blog asked why I was focusing on these views rather than seeking out more contemporary criticism.  It was a fair point I thought and so I ordered Susie Linfield’s The Cruel Radiance – Photography and Political Violence (2010). 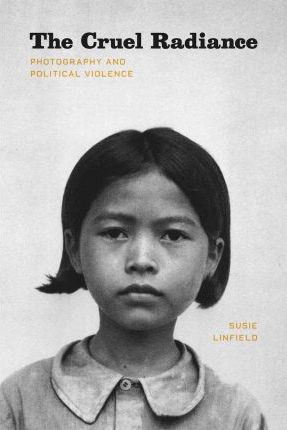 Having read Sontag’s Regarding the Pain of Others (2004) I felt Linfield’s views might provide a useful contrast.  I was not ready for the extent of that contrast although the title of the first chapter should have given me a clue – Why do photography critics hate photography?

In an interview in Art Forum at the time of her book’s publication in 2010 Linfield said:

“I teach criticism and read a lot of it, and some years ago I realised how different photography criticism can be in tone and approach from criticism of film, or music, or other cultural forms.  Pauline Kael, Greil Marcus and others are very immersed in their subjects; they write analytically and critically but with love.  By contrast, Susan Sontag and her postmodern heirs in the realm of photography criticism were very removed from, even hostile to, the subjects they discuss.” (Linfield 2010).

She suggests that they approach photography itself:

“with suspicion, mistrust, anger, and fear.  Rather than enter into what Kazin called a “community of interest” with their chosen subject, these critics come armed to the teeth against it. . . It’s hard to resist the thought that a very large number of photography critics – including the most influential ones – don’t really like photographs, or the act of looking at them, at all.” (Linfield 2010:5).

In Regarding the Pain of Others Sontag questioned whether graphic photographs of conflict or atrocities would provoke the viewer into political action.  Barthes was even clearer in this regard, claiming that images intended to shock “have no effect at all.”  And John Berger suggested that Don McCullin’s photographs of human suffering from the Vietnam War:

“. . . are utterly discontinuous with normal time . . . the reader who has been arrested by the photographs may tend to feel this discontinuity as his own personal moral inadequacy.” (Berger in Linfield 2010:6).

Linfield argues that rather than looking away we should make sense of a violent world through looking at and into what James Agee called “the cruel radiance of what is.”

Whilst recognising the qualities of Sontag’s On Photography (1977) Linfield picks out some of the adjectives Sontag uses to describe photography: “grandiose”, “treacherous”, “imperial”, “voyeuristic”, “predatory”, “addictive” and “reductive.”  At the very least, these are loaded terms and at worst set the tone for a generation of photography critics.  Barthes Camera Lucida, whilst a love letter to photography and his mother, has a similar literary style to Sontag.  John Berger, whilst accepting the central place that photography has in modern day life, is very critical of photographs that document political violence.  Linfield, on the other hand sees images such as the Napalmed Girl by Nick Ut as contributing to the mobilisation of political opposition.

The post-modernists and post-structuralists of the generation following Sontag, Berger and Barthes had a similar approach and rhetoric.  For example, Allan Sekula referred to photography as “primitive, infantile and aggressive.”  Linfield explains as follows:

“The assault on photography was, in short, a servant to the larger postmodern “project of deconstruction in which art is distanced and separated from itself”.  To attack photography, especially high-modern and documentary photography, was to storm the bastions of modernism itself.” (Linfield 2010:8).

The post-moderns attacked John Szarkowski, a modernist, for isolating photography from its social and political context and Allan Sekula accused Paul Strand’s belief in “human values, social ideals, decency and truth” as the enemy.  While Victor Burgin condemned the act of looking!  Linfield can hardly contain her disdain as she summarises the postmodern view:

“In short, the postmodern critics viewed photography as a generally nasty business – the photography is a prison, the act of looking, a crime – which may be why reading their work often feels like trudging through mud.”  (Linfield 2010:11).

According to Linfield, a previous cadre of critics of photography had influenced and set the tone for Sontag, Barthes and Berger.  Baudelaire hated photography largely because of its general availability and popularity.  Walter Benjamin on the other hand, although highly critical of photography appreciated the impact that it was having on the modern world.  He saw photography as creating a new way of seeing and one that brought the masses closer to the world and understood the subjective power of photography in encouraging us to want to enter the world photographs depict.  Siegfried Kracauer, a journalistic critic said:

While Brecht is painted by Linfield as the villain of the piece and whose legacy continues to cast a shadow over photography criticism:

“The tremendous development of photojournalism has contributed practically nothing to the revelation of the truth about the conditions in this world.  On the contrary, photography, in the hands of the bourgeoisie, has become a terrible weapon against the truth.”  (Brecht 1931) in Linfield 2010:20).

In conclusion Linfield summarises the effect of the negative critics on our ability to view photographs today:

“In approaching photographs with relentless suspicion, critics have made it easy for us to deconstruct images but almost impossible to see them; they have crippled our capacity to grasp what John Berger called “the ‘thereness’ of the world.”  And it is just that – the texture, the fullness of the world outside ourselves – into which we need to delve.  Photographs can help us do that.” (Linfield 2010:30).

Linfield says that notwithstanding the fact that contemporary images of warfare and suffering have become more explicit and shocking we must continue to look:

“We need to think clearly not only about the relationships among these images, how they function and what they communicate in aggregate, but about the specific conditions each one depicts, no matter how disturbing, shaming and bewildering an experience that may be.”  (Linfield in O’Hagan 2010)

Linfield sees the way forward as integrating emotion and the experience of looking.  In allowing the atrocities and suffering of the world in and reading photographs as full human beings.

A fascinating read and Susie Linfield is a breath of fresh air in challenging not only the likes of Barthes, Berger and Sontag, but those that led the way in the decades before them.  For me, their criticism and deep suspicion was driven by a fear of the pace and extent of modernity.  Photography became the focus of their concern and disdain and their words reflected the social, economic, political and cultural concerns of the time.

My name is Alison Price and for the past ten years I have travelled the world photographing wildlife, including Alaska, Antarctica, Borneo, Botswana, the Canadian Arctic, Kenya, Rwanda, South Africa, Zambia and Zimbabwe.
← Into the Image World (Week 4) Losing my Mojo on the Road to Elgol (Week 4) →