I decided to make a dash to see the Don McCullin Exhibition at Tate Britain on Monday.  I am really pleased I made the effort to see the work of one of the inspirational figures in my photography.  In readiness for seeing the images I replayed the television programme, Looking for England, about the great man, that I had originally watched in February.  It reminded me not only what a true gentleman he appears to be, but also of his skill to capture the true essence of a scene swiftly and professionally – the key attributes of a press and conflict photographer.

The Exhibition starts with the following words from McCullin:

“I started out in photography accidentally.  A policeman came to a stop at the end of my street and a guy knifed him.  That’s how I became a photographer.  I photographed the gangs that I went to school with.  I didn’t choose photography, it seemed to choose me, but I’ve been loyal by risking my life for fifty years.” (McCullin 2019)

I was hugely excited as I entered the Exhibition. 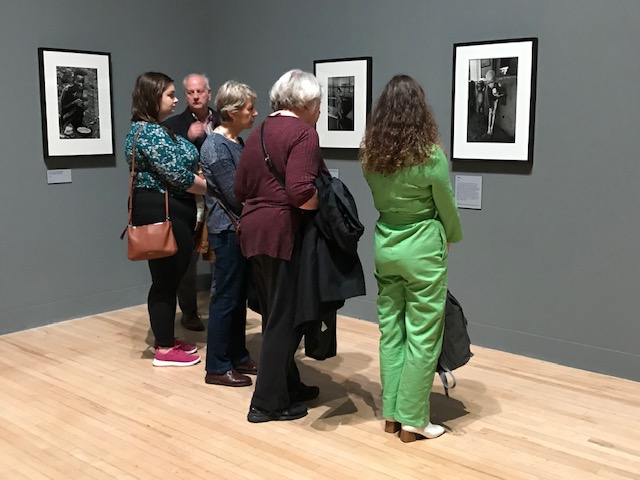 I was particularly keen to see the image that launched McCullin’s career The Guv’nors’.  It is a shot of a north London gang posing in the shell of a bombed out building. 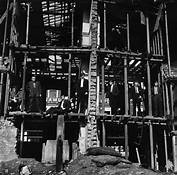 The gang had been implicated in the murder of a policeman, and as a consequence, McCullin’s image was of interest to the press.

After this success McCullin went to Germany in 1961 – demonstrating his ability to sniff out news stories.  He spent time in Berlin – for me the images depict the life on the other side of the wall and the uneasy co-existence of the occupied streets and everyday life carrying on.  Much of his imagery was actually taken literally on one side of border or the other, taking the view across into the other side – whether it was east or west. 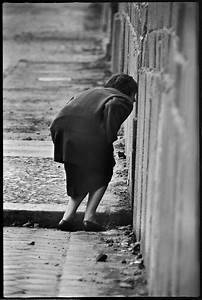 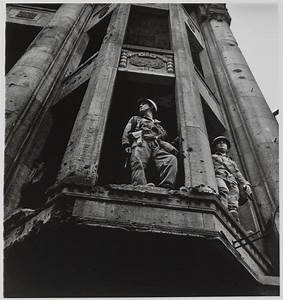 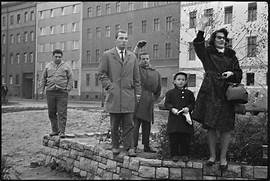 He also documented the building of the wall itself.  Although the border was closed in 1952 it was still possible to cross in 1961 when McCullin was in Berlin and he captured an East German border guard attempting to defect to the West.

Perhaps the most famous of McCullin’s images were taken in Vietnam.  And I, like everyone else, wanted to see The Shell Shocked Soldier for real. 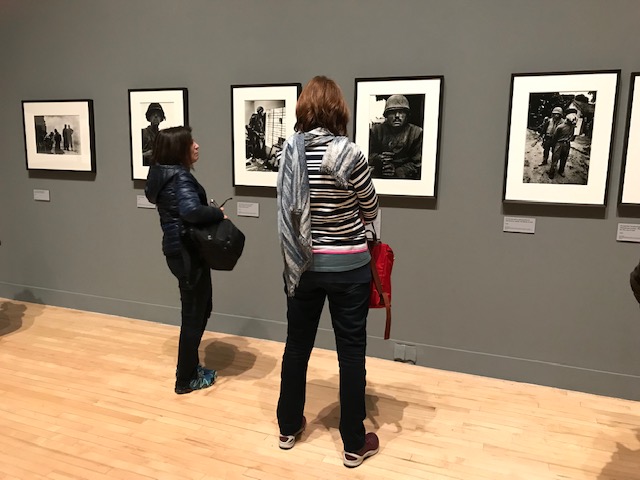 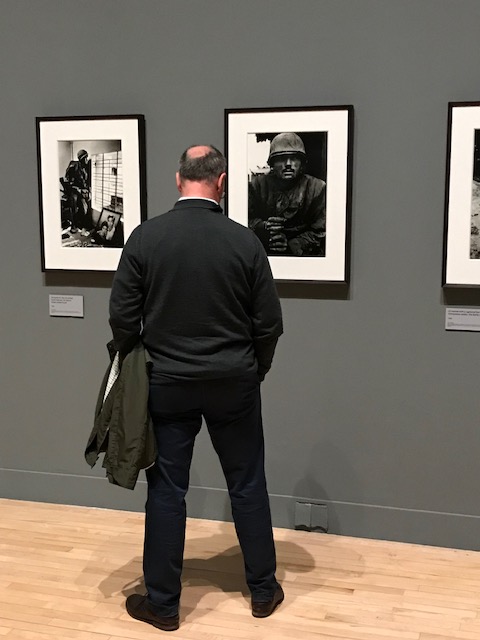 I also saw some of the other images taken in this short eleven-day assignment for McCullin at the Battle of Hue in South Vietnam. 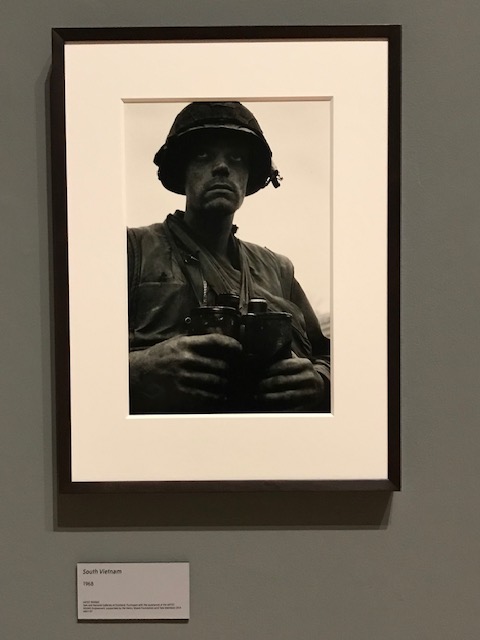 In the television programme, McCullin was seen revisiting many of his childhood haunts and some of the places where his early photographs were taken including the East End, Bradford and the North.

“There are social wars that are worthwhile.  I don’t want to encourage people to think photography is only necessary through the tragedy of war.” (McCullin 2019) 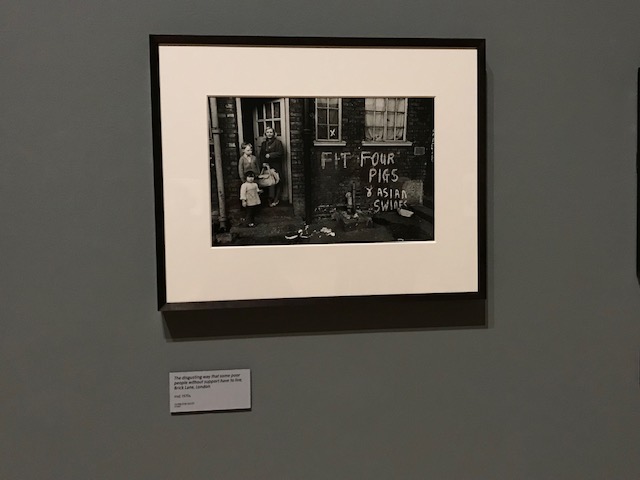 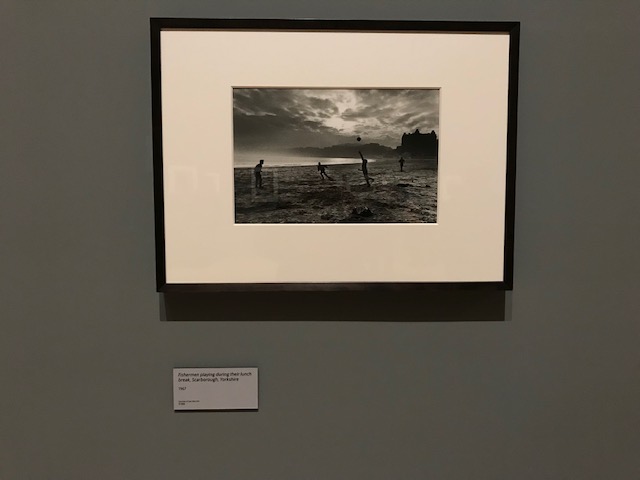 And then finally his landscapes: 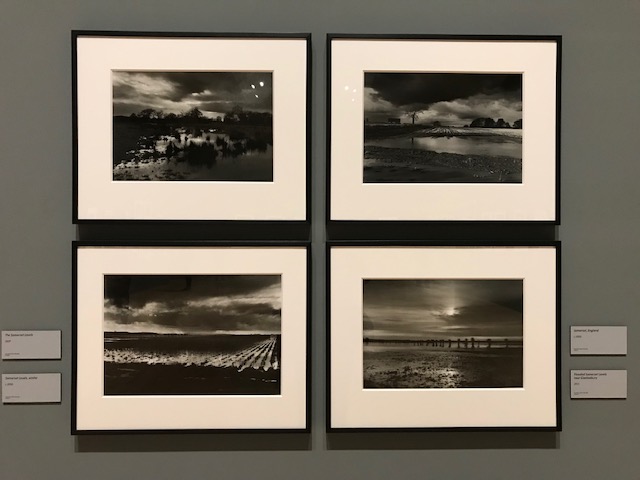 “So, there is guilt in every direction:  guilt because I don’t practice religion, guilt because I was able to walk away while this man was dying of starvation or being murdered by another man with a gun.  And that I am tired of guilt, tired of saying to myself: ‘I didn’t kill that man on that photograph.  I didn’t starve that child.’  That’s why I want to photograph landscapes and flowers.  I am sentencing myself to peace.” (McCullin 2019).

I am so pleased I went to Tate Britain just a day before returning to Skye.  It was everything I expected it to be, both in terms of the images themselves and for me to see a curated exhibition by such a great photographer.  Having been a life-long supporter of Salgado and his work it was interesting to compare his images, and my reactions to them, with McCullin’s.    For me, McCullin’s work is more “gritty” and “earthy”.  These are the only words I think describes his work.

I was also interested to see that, having read about “the frame” in Szarkowkis’s The Photographer’s Eye (1966), and the “frame” and “edges” in Stephen Shore’s The Nature of Photographs (2007), McCullin was quite happy to cut off buildings, vehicles and trees around the edge of the frame.  Maybe because of the immediacy and speed with which he had to capture his shots or maybe it just doesn’t matter to him.  It led me to question whether I should be concerned about these things in my work and maybe sometimes I might break the rules a bit!

My name is Alison Price and for the past ten years I have travelled the world photographing wildlife, including Alaska, Antarctica, Borneo, Botswana, the Canadian Arctic, Kenya, Rwanda, South Africa, Zambia and Zimbabwe.
← Back working in Skye - A Stroke of Luck (Week 10) Trilogy by Daniel Gustav Cramer (Week 10) →