I have recently received my marks and feedback for this blog – my Critical Research Journal.  One of the things I was encouraged to do more of was to unpick how the concept, content and technique of other photographers combine to deliver a powerful message.  One of the photographers whose work might be an inspiration for me moving forward is Elina Brotherus so I decided to deconstruct her approach to image making. 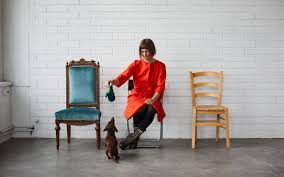 A Finnish photographer, Elina Brotherus  produces largely autobiographical imagery focusing upon highly personal subject matter such as marriage breakup, infertility, loss, self knowledge and self empowerment.  She places herself or other models in the landscape.  http://www.elinabrotherus.com/photography 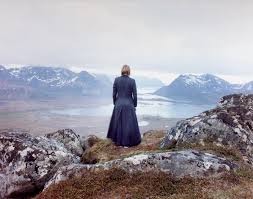 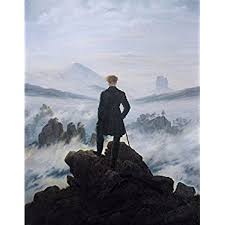 Wanderer above the Sea of Fog, Caspar David Friedrich (1818)

The concept for this work is to place herself in the landscape, sometimes dressed in period costume, and usually with her back to the viewer. It is said of her work that it has a romantic painterly feel. She often chooses to punctuate the landscape with a solitary figure such as a rambler (see below). 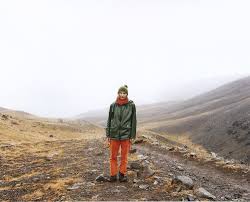 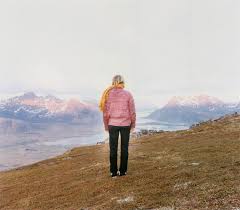 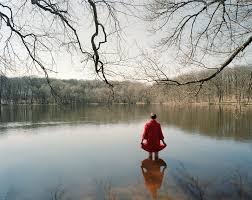 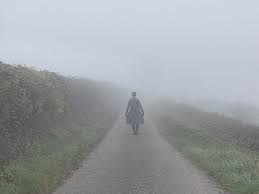 The landscapes from her native Finland often have a sublime aesthetic and the images are taken when the weather has a mysterious and ethereal quality such as fog.

In her work she invites the viewer to join her in taking in the landscape and to be part of the image. She stages herself in the image in such a way that she believes she becomes part of the photograph.

In an interview with James Loks, Brotherus explains the purposes of the human presence:

“I consider the frontal view often too charged. One has the feeling as though one had to answer the gaze. Showing the back results in a sense of standing together, or if you like, side by side. I would like to appear inviting with this perspective and allow for a certain stillness. The focus is on the landscape which is seen together, in a shared contemplation. The spectator and person in the photograph are sharing the same pictorial space.”

Deconstructing the images – an alternative view

It has been suggested to me that I should consider Brotherus’ work in the context of my Research Project The Road to Elgol, first I think, because her work is deeply autobiographical and secondly as it might provide a sense of scale in my image making, similar to those previously taken placing small houses or camper vans against large sublime landscapes, to emphasise the sense of scale and vulnerability of man in nature.

I have chosen a selection of Brotherus’ clothed images although much of her work is nude self portraits.  Most of the images above are taken in her early career although the final two images form part of the 12 Ans Apres portfolio featuring herself over time.  I have decided to use these for this exercise as to me they are the most relevant to my work.

In Brotherus’ words above she sees the placing of herself in an image as providing a sense of scale but also as an invitation to the viewer to share the view and the landscape with the her, the subject.  For me, although this might be the author’s view of her work I see an alternative meaning in her work.  To me, she is showing herself in isolation from other traces of humanity.  In the image of the road above there is a sense of travelling but to where – it gives a sense of going nowhere? It gives the feeling she is up against the edge.  This is mirrored in many of the chosen images where she photographs herself on a craggy pinnacle.  This sense of isolation in her images to me makes it difficult for the viewer to actually join her in the image.  Her placing in the image, usually central, and relatively large is not consistent with her own interpretation that she is providing a sense of scale and indeed space for the viewer to join her.  If that were her purpose then the human presence would be much smaller, and through its placement, off to one side, would entice the viewer into her world.  To me, rather than it being a photograph as she suggests, the images are about Brotherus and not about the landscape – they demonstrate an overwhelming sense of self.  Her placement and size compares to that of a statue rather than being a relatively insignificant subject placed to give the viewer a sense of scale.  To emphasise this point here are a couple of my images where my intent was to give that sense of scale. 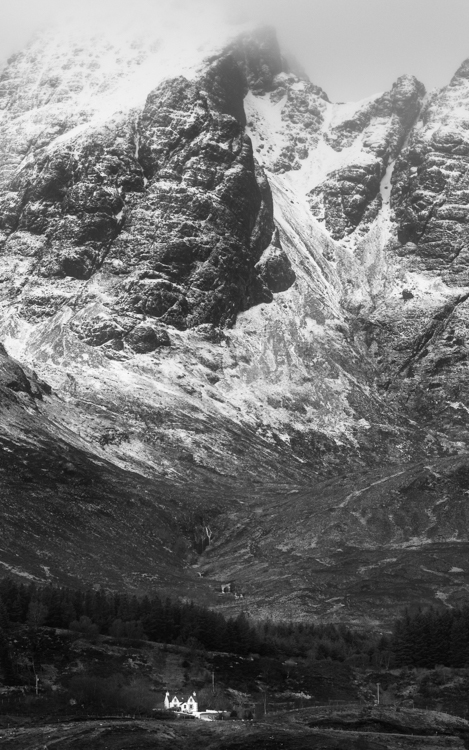 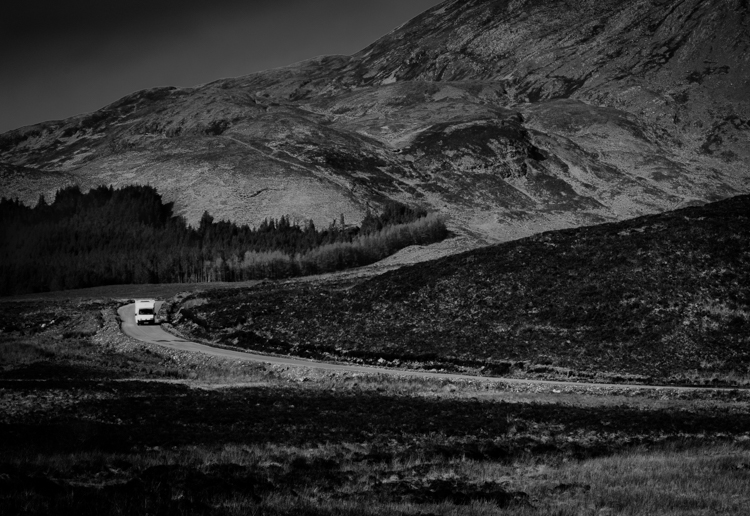 The technique she uses in these images is a fairly naive and basic approach.  Her compositional style is formulaic.  Although she claims she wishes to avoid shafts of light and prefers mist and mirk, some of her images are dull and lifeless and have little energy, whereas others such as Der Wanderer are more open and expansive.  This again indicates to me that the image is more about the feelings and emotions of the human subject rather inviting the viewer to share in the landscape.  Why would you create a barrier to that view through mist or through barring the viewer entry into the frame?  I would argue that the centrality of herself in the image is compositionally weak as discussed above although this would not be the case if her intent was more about the human subject than the landscape.  Some of the images almost give a holiday snap feel such as the picture of her facing the camera in walking clothes.  I have noticed that she does use reflections both of the subject and of the landscape although it is often more striking in relation of the subject than the landscape, such as the image with the red coat.

For me, the overwhelming sense of self in these images, suggest many of the images are an essay or reflection on narcissistic personality disorder and may be the author was intending to represent this through her photographic imagery.  For me the clues that I have picked up on are an isolation of self, dominance of self, centrality and insignificance of the ‘other’, ie the landscape.  Whatever interpretation is closer to the intent, implicit or explicit, they are powerful and beautiful images.

So, what might be the influences in my own image making?  If I were trying out this type of approach I would not make me the subject of the image and I would definitely be wanting to enable the viewer to share the view and the sublime with me.  I would ensure through my placement and size, my insignificance and the use of appropriate clothing to enable the viewer to almost feel the biting wind or misty rain and allow the landscape to emerge through a hint of what might lie beyond.  I would want the viewer to really experience what can be a very inhospitable, foreboding landscape and sometimes my sense of fear and vulnerability of being in it – after all my project is about my experience of The Road to Elgol.

Loks, K (2014) Figure and Landscape:  An Interview with Elina Brotherus

My name is Alison Price and for the past ten years I have travelled the world photographing wildlife, including Alaska, Antarctica, Borneo, Botswana, the Canadian Arctic, Kenya, Rwanda, South Africa, Zambia and Zimbabwe.
← Considering Contemporary Landscape Photographers - Jem Southam (Week 1) My Long Road to Skye (Week 1) →