“Playing Against” and “Turning Away” from the Camera (Week 4)

This week’s resources and reading have been interesting but a long way from my current practice. However, I think it has enabled me to think more creatively and learn from others. (See more on my Course Work Blog this week).

We were introduced to the concept of “post photography” – a technique widely used in media and other creative fields in the 1990s and then to “non-human” photography – such as webcams where it is machines that are producing the raw images leaving photographers with a limitless array of material to choose from. Vilem Flusser suggests that photographers should consider their practice in pursuit of “freedom”.   In seeking freedom photographers should “play against the camera”.

Another new concept for me was “smuggling” which involves humans intervening in the camera or its programme. I was particularly interested in Robert Overweg’s work where he captures images of glitches in computer games, giving a sense of a fleeting moments in time before the engineers solve the problem.  I like the sense that these are moments very few people will have witnessed themselves and provide a uniqueness in this respect. 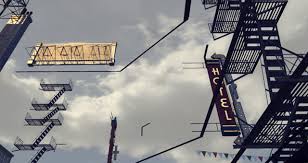 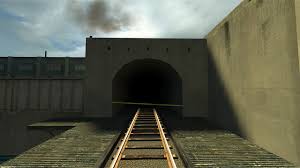 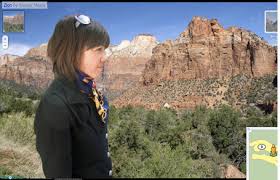 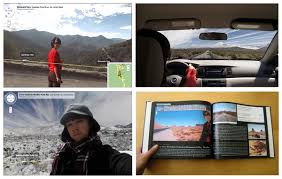 She does this in “real time” in the sense that she uses Street View to find her hotel on “arrival” rather than doing prior research. I found this work very interesting and can see some possibilities for my Research Project The Road to Elgol.  For example, I may be able to access parts of the Road and its off road elements by using Google Earth and Street View.

Other work included the use of Skype to use a backdrop of family group shots which others can incorporate themselves into such as “Being Together” by John Clang. 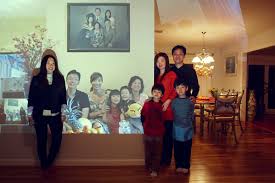 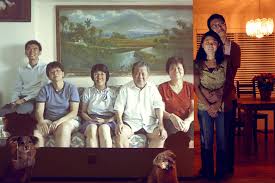 We have also been introduced to more extreme ways of creating images such as Murat Germen who produced “Muta-morphosis” a series of panoramas that he manipulated by using the “content aware scale”.

Or, Laura Nissinen who intentionally burns black and white negatives or causes water damage in the making of her images in her work such as “Aleatory Variable”. 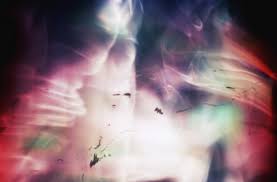 Flusser suggested that one of the strategies in seeking freedom is to turn our backs on the apparatus altogether and make images in a less human-centric way. For example, Veronique Ducharme used automatic hunting cameras triggered by the movement of animals in”Encounters”. In her exhibition she projected the images on a screen sporadically. 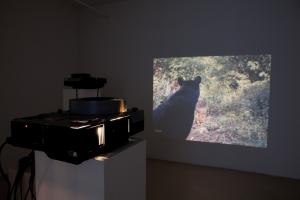 Reflecting on my practice I believe there is some sense that I am turning my back on apparatus in order to stimulate my creativity. As a police photographer and in my early career I used film. Following this work I turned my back on photography for around twenty years.

I resumed my passion at the start of the digital age and rekindled my love of the camera through a DSLR rather than the original SLR camera. I now see, using a digital camera, and in particular shooting colour images and then converting them into monochrome where I think appropriate, gives me the freedom to concentrate on delivering emotional impact and a sense of my feelings about The Road to Elgol. It allows me to concentrate on my experience rather than the complexities of using the equipment.

Whilst this might not be the level that Flusser was seeking, nor would it satisfy the purists, I do believe this practice of using a digital camera has set me free and enabled me to focus on the process of making images and experiencing my art and the landscape or wildlife I am capturing.

My name is Alison Price and for the past ten years I have travelled the world photographing wildlife, including Alaska, Antarctica, Borneo, Botswana, the Canadian Arctic, Kenya, Rwanda, South Africa, Zambia and Zimbabwe.
← Looking Backwards and Forwards on my Photographic Journey (Week 3) Hoping for Bad Weather and Shooting List (Week 4) →