Reflecting on A Woman in the Polar Night

I have long been fascinated by cold places and have been to Antarctica twice, the Falkland Islands and South Georgia and camped on the ice alongside Hudson Bay in the Canadian Arctic hoping to see polar bears. The explorers and researchers who overwinter have my utmost respect and I often say that were I to have my time again I would like to do this. Now, I enjoy reading anything about these inhospitable parts of the world.

For Christmas, I was thrilled to receive a book entitled A Woman in the Polar Night by Christiane Ritter that I instantly devoured. Originally published in 1938 the book has remained in print in Ritter’s native tongue ever since. She said of her experience that:

“A year in the Arctic should be compulsory to everyone. Then you will come to realise what’s important in life and what isn’t.” (Ritter 2010).

In the Foreword of Ritter’s book, Sara Wheeler, author of Terra Incognita: Travels in Antarctica, says that she captures:

“The rasp of the ski runner, the scent of burning blubber and the rippling iridescence of the Northern Lights. Her prose is as pared as Arctic ice. As her adopted country languishes in bluish grey shadow, the author discovers, with childlike delight, the uncluttered nature of life in the Norwegian Arctic, where ‘everything is concerned with simple being’.” (Wheeler in Ritter 2010: 9).

In 1934 Ritter, a painter, travelled on her own to the remote Arctic island of Spitsbergen to spend a year with her husband, who had previously worked on a scientific expedition and had chosen to stay on. Ritter considered the year a chance to read lots of books, sleep and experience the quiet of the Arctic:

“As a housewife I would not have to accompany him [her husband] on the dangerous winter excursions. I could stay by the warm stove in the hut, knit socks, paint from the window, read thick books in the remote quiet and, not least, sleep to my heart’s content.” (Ritter 2010: 20).

She was greeted by a tiny ramshackle hut on the shores of a lonely fjord, with the nearest neighbour over sixty miles away. Her first impressions were of disappointment:

“The scene is comfortless. Far and wide not a tree or shrub; everything grey and bare and stony. The boundlessly broad foreland, a sea of stones stretching up to the crumbling mountains and down to the crumbling shore, an arid picture of death and decay.” (Ritter 2010: 37). 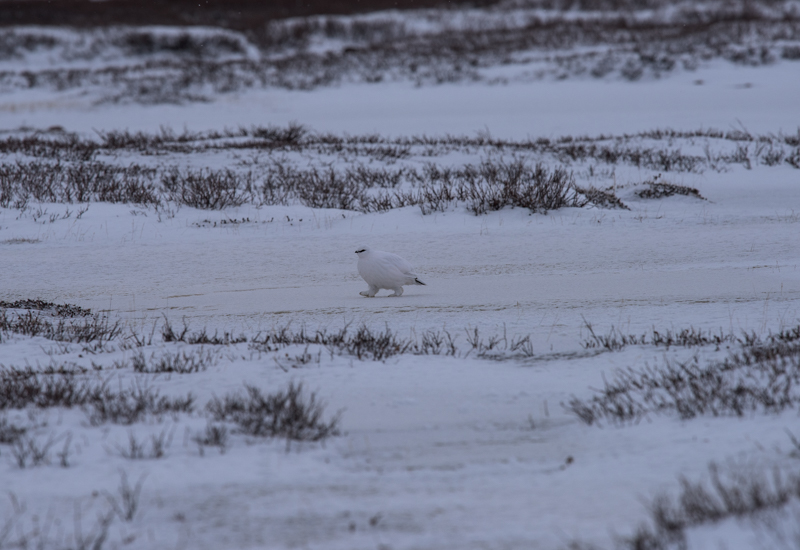 Reality soon sets in for Ritter as she becomes acquainted with her new surroundings. The hut, tiny and dominated by a monster stove spewing dense black smoke and their supplies for the year, with water a ninety minute round trip to the nearest glacier and food sometime after that, she realises there is a new way of measuring time in the Arctic! As she settles into her new home her first impressions do not improve:

“It takes all my self-control not to betray the horror and dread I feel at all the new impressions crowding in on me. I am amazed at my husband who seems to have quite forgotten how a European woman is accustomed to live. He seems to take it completely for granted that I will feel quite at home in this wretched hut, with beasts of prey for company. Anyhow, his way of introducing me to the wilderness does not seem very considerate.” (Ritter 2010: 42).

Ritter’s early days are acclimatising to her new surroundings and way of life including finding ways to keep the hut clean and shipshape and cooking seal liver, mashed potatoes and onions for tea – but only after assisting with preparing the seal for cooking and storing. Her first journey from the hut to find water at the lagoon ends in failure as she loses the bucket and spends a long time trying to find her way back to the hut in the mist.

As the mist departs, she sees more of the landscape, meets local wildlife such as foxes and joins her husband and Karl delivering supplies to other huts in the area, her mood improves. She seems to embrace the natural rhythm of the Arctic and even appreciates the beauty of the continuous darkness:

“How varied are the experiences one lives through in the Arctic. One can murder and devour, calculate and measure, one can go out of one’s mind from loneliness and terror, and one can certainly also go mad with enthusiasm for the all-too-overwhelming beauty. But it is also true that one will never experience in the Arctic anything that one has not oneself brought there.” (Ritter 2010: 110).

Ritter writes poetically about the continuous darkness and produces one of her most revealing written passages of the book, for me:

“The scene has nothing earthly in it. Withdrawn, it seems to lead its own self-contained life. It is like the dream of a world that is visible before it takes shape as a reality.

We call them Chinese landscapes, these scenes that remind us so strongly of the delicate, wonderful paintings of the Chinese painter-monks, in which the immense and mysterious effect is achieved entirely by gradations from light to dark grey, by forms indicated rather than outlined.

If it was the most profound immersion in nature that provided the Chinese masters with the inspiration for their sublime pictures, here it is the approaching night which, stripping the landscape of all its accessories, brings out only the innermost essence of nature itself.

Almost we expect the scenes to dissolve into nothing before our wakeful, critical gaze. But they persist in their magic radiance for hours and days. It is this persistence in timeless light and indescribable quiet that makes the world up here so unreal.” (Ritter 2010: 112).

These words strike a chord with me and whilst my experience of the Canadian Arctic was not as basic or extended I can understand something of the landscape that she describes. 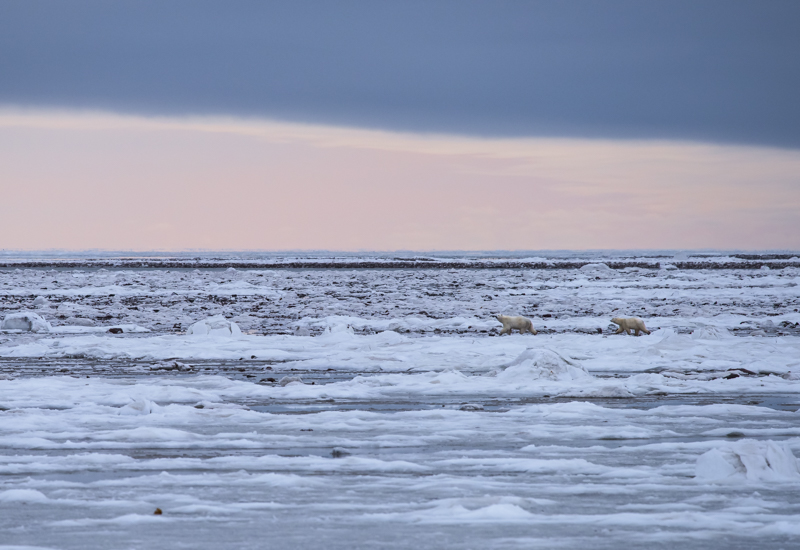 But, more interesting, is the third paragraph of her words where she talks about how, what she sees is a pared down version of the landscape revealing the essence of nature. Whilst not in such challenging circumstances, and by working the landscape in a different way, I try, through my photography, to reduce the sensory prompts to a minimum to focus on those aspects I wish to reveal.

Ritter, to me, describes how the simple, subdued and muted natural palette and minimalist landscapes can be beyond beautiful and stir the senses in a way that more sublime or colourful landscapes might not.

She goes on to ask the question:

“Why has so little been written about the great transition stage in Arctic nature which, after all, as far as time goes, takes up half the polar year? And, moreover, it is precisely at this time that a decisive change takes place in the human mood, when the reality of the phenomenal world dissolves, when men slowly lose all sense of fixed points, of impulses from the external world.” (Ritter 2010: 113).

Ritter experiences much more over her year based in the tiny hut but as her book draws to a close she begins to questions the material European world from which she came:

“And then we talk about the aesthetic pleasures of Europe, which when we were there seemed so priceless to us – music, for example, that elevates the mind and lightens the heart and without which we could hardly live. Remarkably enough, the hunger for music is quite absent here. Our hearts are light, our minds are in a permanent state of elevation. Nature seems to contain everything that man needs for his equilibrium.” (Ritter 2010: 181).

It seems to me that we strive in our material worlds to provide pleasure through many means, whereas in reality man’s natural environment and experiencing it in a deeply personal way is all we need.

My name is Alison Price and for the past ten years I have travelled the world photographing wildlife, including Alaska, Antarctica, Borneo, Botswana, the Canadian Arctic, Kenya, Rwanda, South Africa, Zambia and Zimbabwe.
← Object-Oriented Ontology by Graham Harman A New Theory of Everything - Graham Harman →