When I started my MA Photography in 2018, my photographic practice was based on the Road to Elgol  – a tiny single track road from Broadford to Elgol on the Isle of Skye.  I was interested in capturing my experience of the road and produced some dark and moody images. 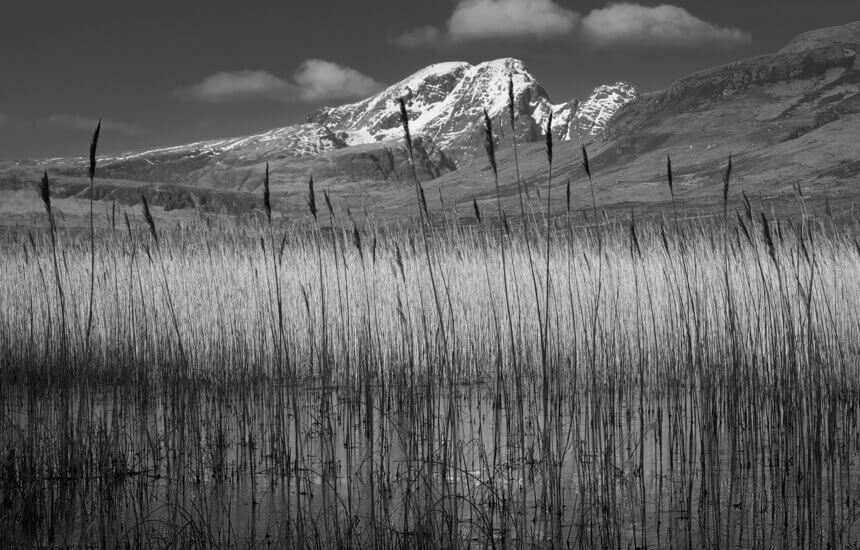 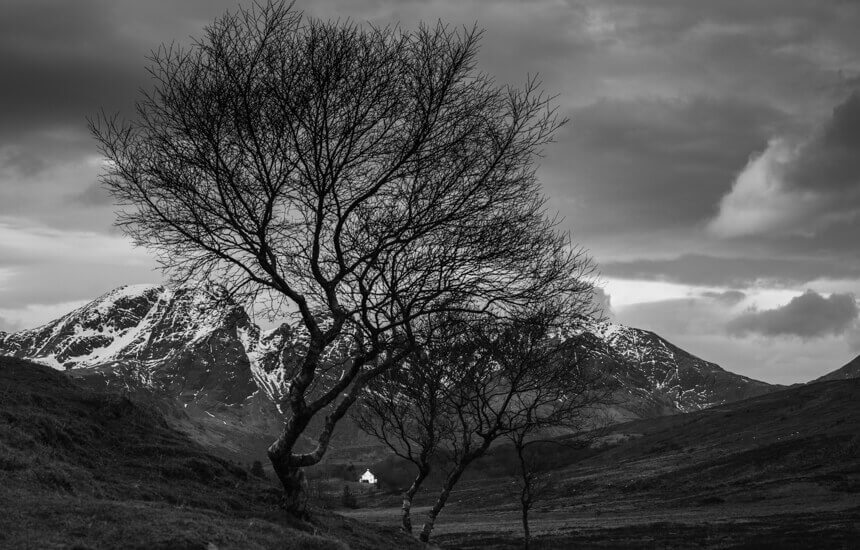 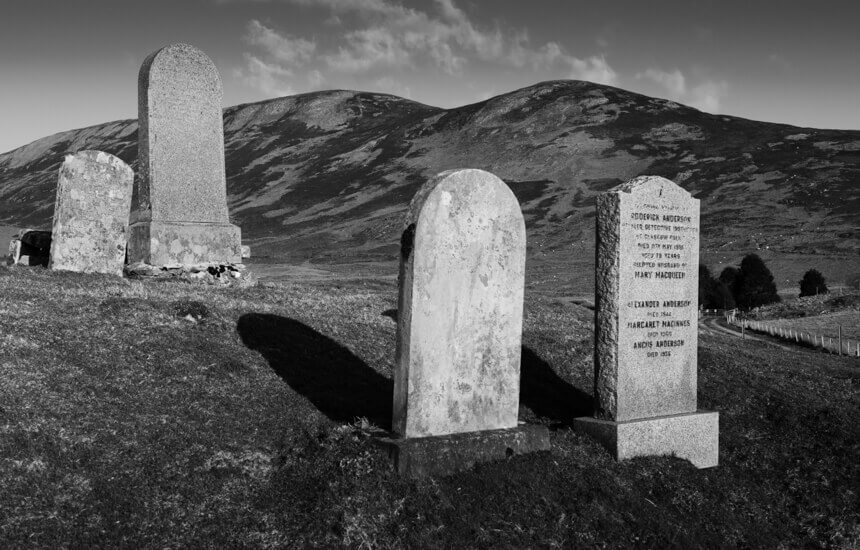 As part of the contextual research for my practice at this time, I looked at the thinking of Edmund Husserl (1859-1938) – the originator of phenomenology –  the study of the nature of subjective consciousness and experience.  I have decided to write a post on his thinking largely because it is very different to that of those philosophers that inform my PhD.  It is also true to say that I do find phenomenological thinking compelling too.

Husserl’s early academic career and his PhD was in mathematics but in 1887 he was given a lecturer position in philosophy at Halle.  Four years later he published Philosophy of Arithmetic:  Psychological and Logical Investigations which developed the thinking in his PhD thesis. A C Grayling explains what happened next:

“Gottlob Frege’s review of this book appears to have been a turning point for Husserl.  Frege criticized him for treating words, concepts and objects all as ‘ideas’ but with different definitions of ‘ideas’ in different contexts; treating ‘objects’ sometimes as subjective and sometimes not; claiming that abstract concepts have a psychological origin; and claiming that two thoughts can remain numerically distinct when all the properties that differentiated them have been stripped away.  Whether or not this is what made Husserl become as firmly anti-psychologistic as Frege himself thereafter, that is anyway what happened.” (Grayling 2019: 473-4).

Phenomenology investigates and attends to consciousness.  In order to attend to consciousness requires a conscious act to withdraw attention from everything else.  This is achieved through epoche, a suspension of attention.  Bracketing is a term used by Husserl to describe where holding the reality of things in abeyance achieves a greater focus on consciousness, which is revealed through a process of phenomenological reduction.   Phenomenology considers only the nature and conditions of consciousness rather than what it represents or connects with:

“In perception our gaze is directed outwards, on to things.  In reflection we gaze inwards, at the experience itself: ‘we grasp the subjective lived-experience in which [things] become “conscious” to us.’  (Husserl in Grayling 2019:474).

One further process, Grayling explains, is required to access the fundamental structure of consciousness itself, another reduction, ‘eidetic’:

“This reveals the a priori basis of pure lived-experience, its essence, the invariant and necessary conditions that constitute consciousness as such.” (Grayling 2019:475).

So, phenomenology presents the world from a different perspective to what might be referred to as the ‘natural attitude’.  That is to say that the gaze is turned on ourselves and our experience – how the world is present for us.  In later life, Husserl turned his attention to the life world concept – the social, political, historical environment within which we all operate and communicate.  Although Husserl saw phenomenology as a “new science” and hoped his colleagues and students would choose to subscribe to his view of the world it was not to be.  However, phenomenology remained a significant influence in continental philosophy, although not in the form that Husserl conceived.  Rather in the form of existential phenomenology associated with Heidegger, Merleau-Ponty and Sartre.

My name is Alison Price and for the past ten years I have travelled the world photographing wildlife, including Alaska, Antarctica, Borneo, Botswana, the Canadian Arctic, Kenya, Rwanda, South Africa, Zambia and Zimbabwe.
← Image of the Week (October Week 1) Supervisor Meeting 1 (7 October 2020) →