Image of the Week (June Week 1)

I have decided to return to the Falkland Islands and South Georgia this week (for the journey through my photographic archives) which are the home to the King Penguin.  While many of my posts have focused on penguins such as the Chinstrap, Gentoo and Adelie, I have not shared any of the King.  I have always harboured a dream that I would over-winter in Antarctica.  The main reason for doing so being that I would be able to photograph the Emperor Penguins that only live in the deep south.  In 2016, I took the extended trip to Antarctica to incorporate the Falkland Islands and South Georgia, in order to see the next best thing to the Emperor – I went in search of King Penguins.  While I had seen a few in the Falkland Islands, South Georgia is where I saw the larger colonies and got up close and personal to these beautiful creatures.

The first two images were taken in the spectacular Right Whale Bay, South Georgia, from the zodiac.  After an inspection of the beach, it was deemed too dangerous to land, because of the Fur Seals – the females had pups..  The shore was filled with wildlife – not only the King Penguins and the Fur Seals, but also Skuas and Giant Petrels. 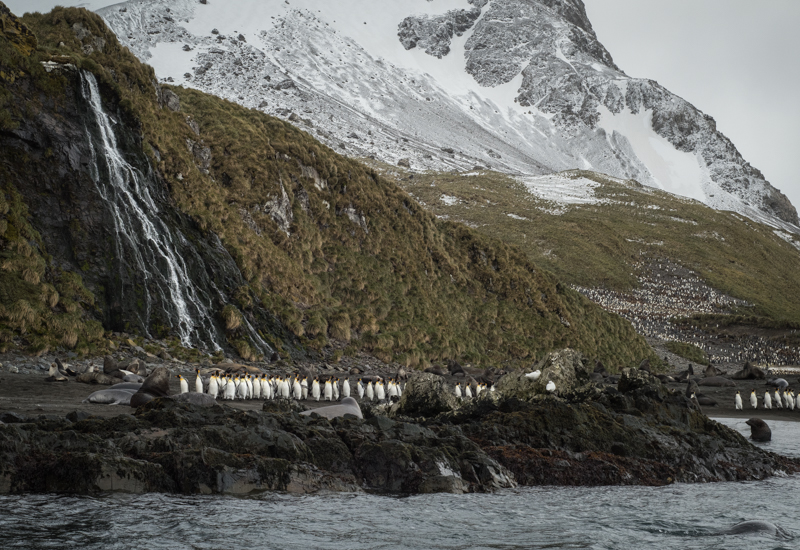 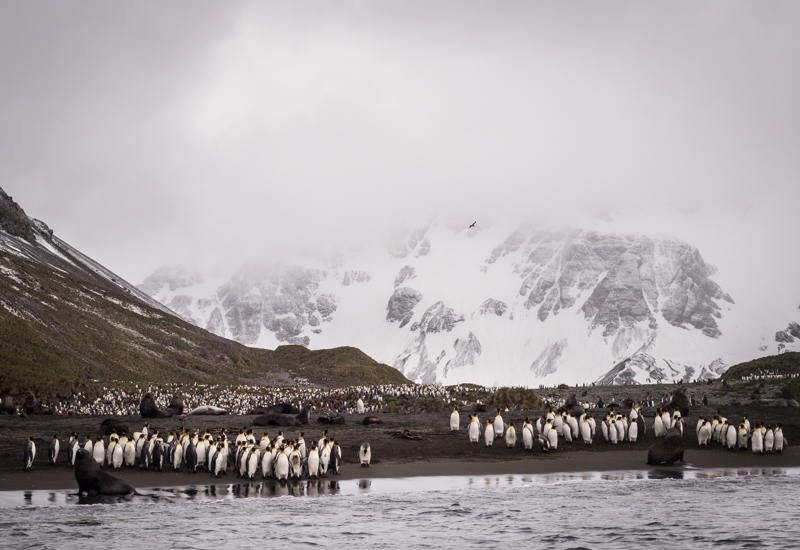 A couple of days later we visited Fortuna Bay, South Georgia.  I was very excited as this was where Shackleton, Worsley and Crean had walked on the final leg of their journey, on foot, to Stromness, where the alarm was raised to rescue the rest of the Endurance crew.  But beyond that were tens of thousands of King Penguins and chicks in a tranquil river valley. 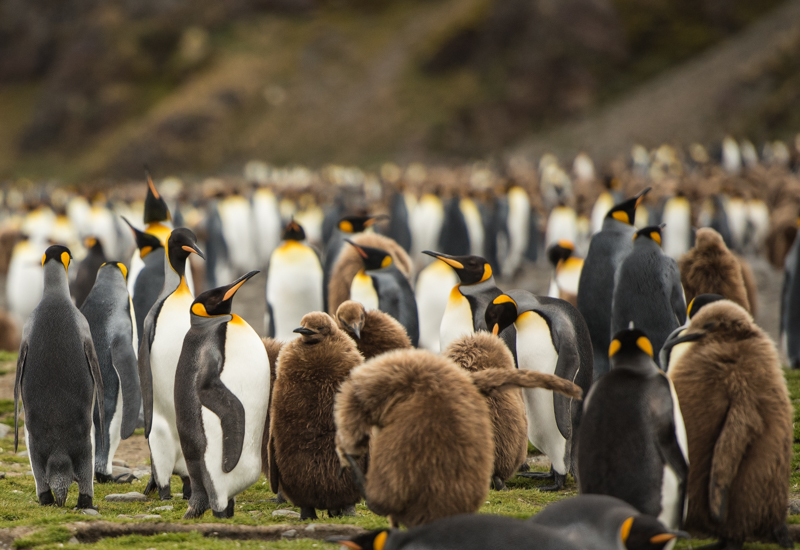 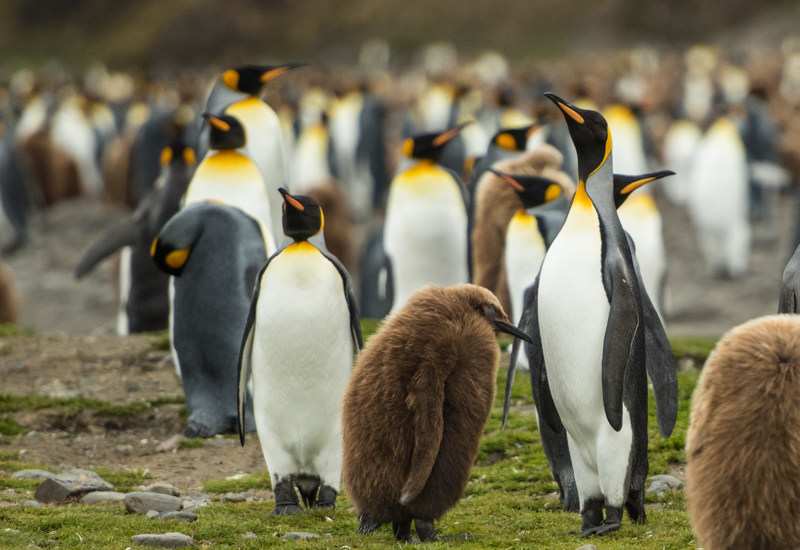 The following day, after a few aborted landings, we arrived at Gold Harbour, South Georgia where we were to have our final King Penguin sightings in the snow.  This would be our final stop before heading through the Scotia Sea towards the South Orkney Islands. 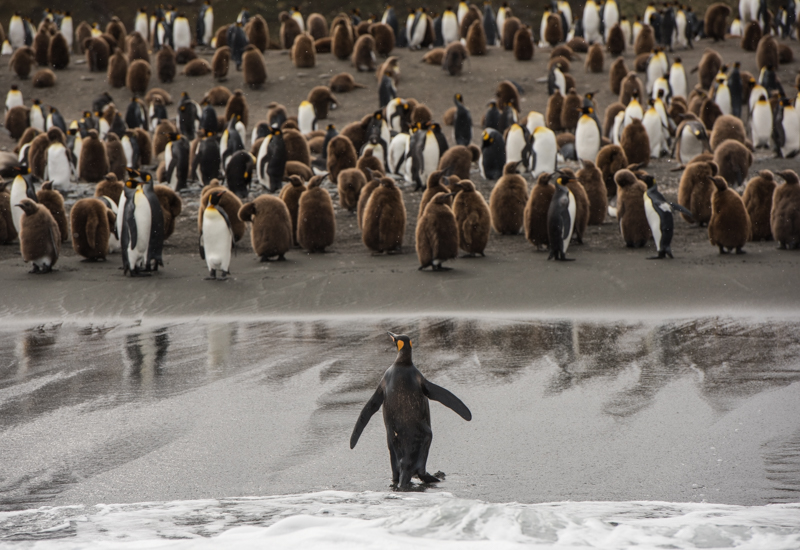 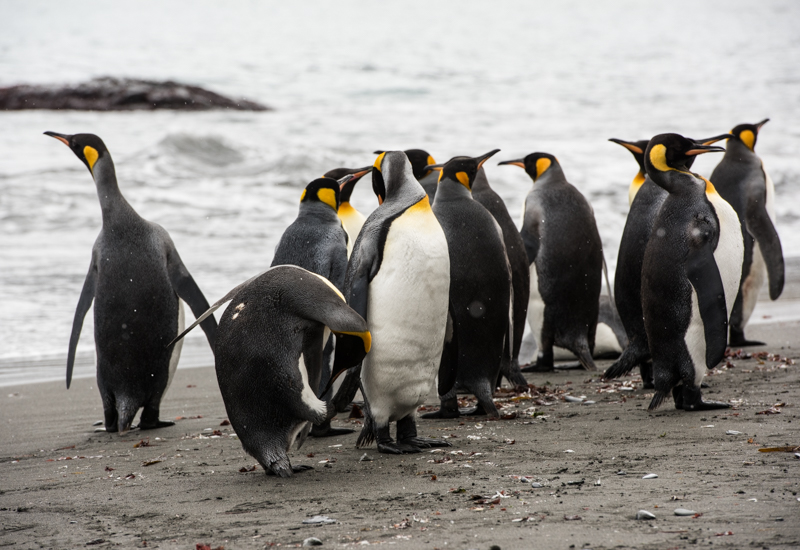 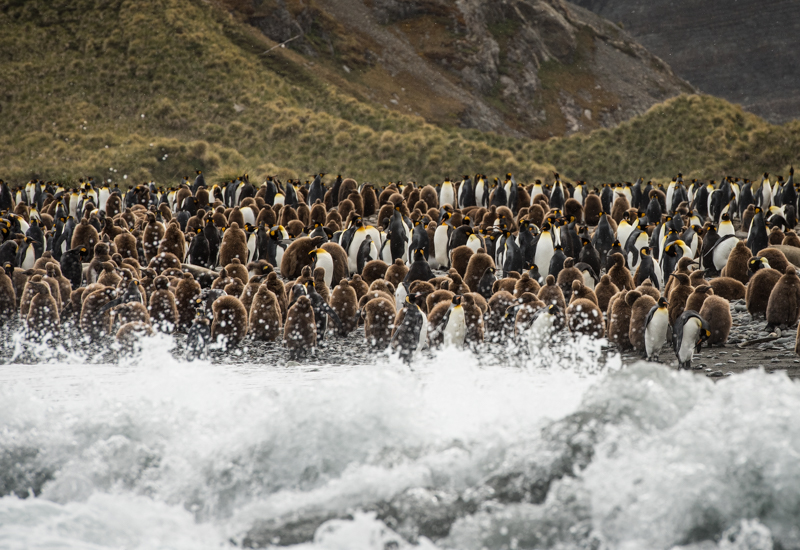 And finally, a difficult choice for Image of the Week but this shot catches my eye every time I revisit these photographs.  I think the scree slopes are striking as a background and I love the grey tones.  I was also attracted to the reflections of the penguins in the water and the way the seals are protecting the beach.  No doubt part of my attraction to the image is that it has the feel of monochrome even though it is in colour. 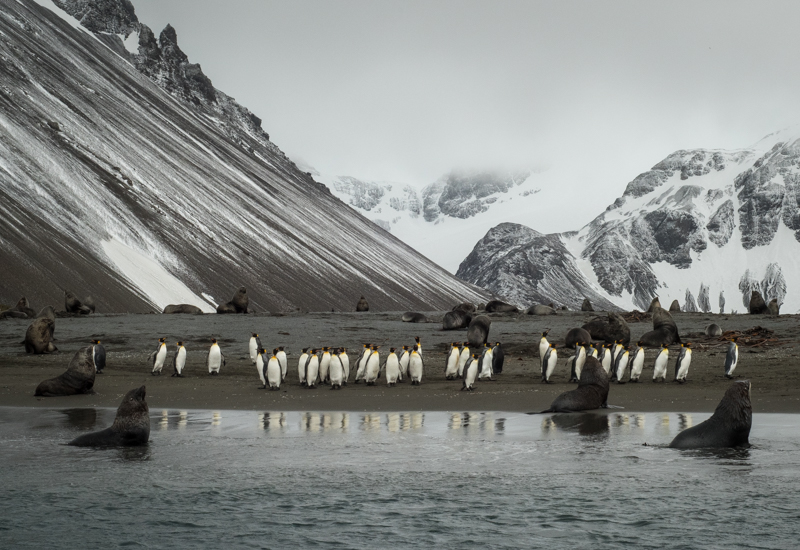 My name is Alison Price and for the past ten years I have travelled the world photographing wildlife, including Alaska, Antarctica, Borneo, Botswana, the Canadian Arctic, Kenya, Rwanda, South Africa, Zambia and Zimbabwe.
← Frank Hurley's Diaries - 1912-1941 The Ontology of the Photographic Image by Andre Bazin →