Ideas for Developing my Photograph a Day Project

At the beginning of Week 3 of my Photograph a Day Project I listened to a lecture by Jesse Alexander from Falmouth University.  One of the benefits of having recently completed an MA Photography is that we continue to have access to on-line lectures via the Photography Hub.  Although Jesse spoke more generally about landscape photography I was particularly interested in his views and examples of how one might continue with their photography albeit within the restrictions of life in a Coronavirus Pandemic.  Last week, my work had changed as a consequence of the current lock down, focusing on images taken from my garden and I had planned to focus on the birds on the shoreline this week.  However, after hearing Jesse’s thoughts I decided to change tack – not least because I had failed to consult the tide tables, and found that the neap tides meant the birds were much further from the shore as they foraged for their food.  However, this may be something I return to, given the likelihood that lock down will extend well beyond our original expectations.

Jesse started the lecture by saying that this was a time to forget about the aesthetics and to think about what you want to communicate through your photography.  I agree, and I had certainly started this project with good intentions that in some way this work would provide a historical and pictorial record of my time in lock down.  But, to be honest, I am not sure to what extent I have been achieving this.  Jesse suggested that this is a time to return to what we are interested in – although I must admit to missing being able to travel the short distance to Loch Cill Chriosd most days.  In order to get us thinking he provided examples of projects that other photographers had undertaken that might be relevant.  The ones that captured my imagination were as follows:

Robert Adams – Summer Nights, Walking – Along the Colorado Front Range (1978-82).  This is a project where Adams, as the title suggests, spends time close to home.  However, as restrictions on movements look likely only to be tightened, this might be difficult. 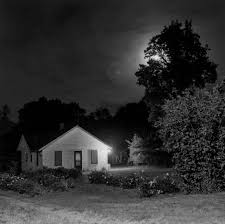 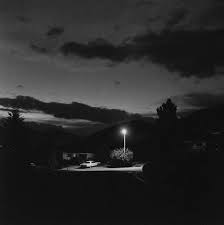 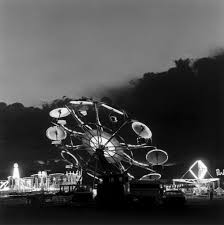 Looking at Adam’s work immediately got me thinking about whether I could do something similar in my garden.  I have already done work with trees and reeds where I light up the subject, after dark, with a torch to emphasise the parts of the scene which are important for me. 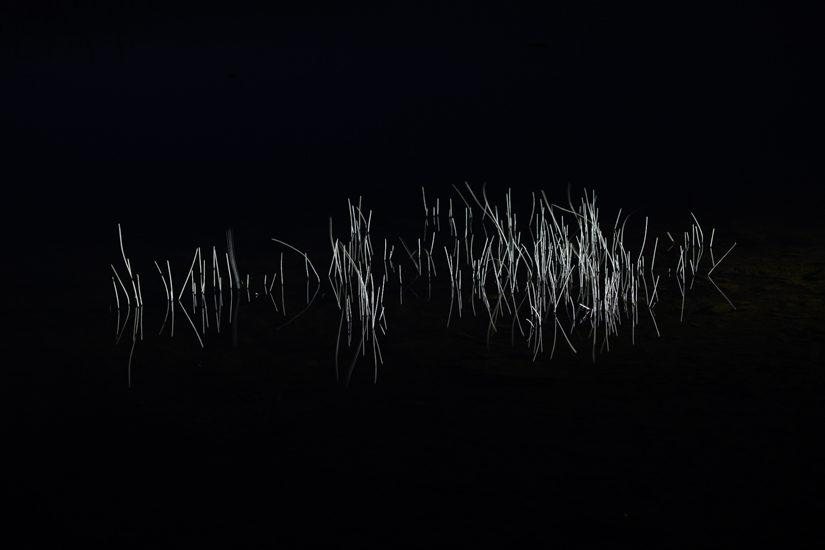 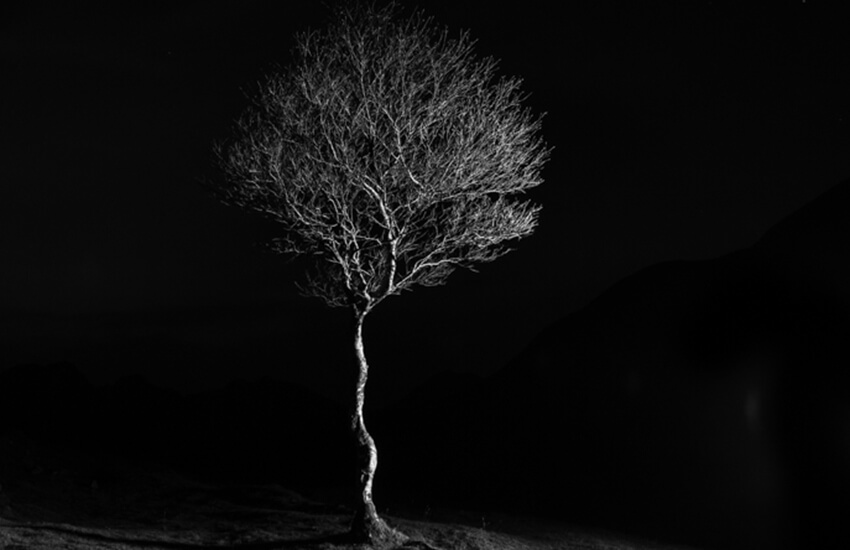 Shizuka Yokomizo – Dear Stranger (1998-2000)  A set of portrait images taken of people in their homes looking out also captured my imagination.  Yokomizo sent a letter to people in his neighbourhood asking if they would stand in their window on a certain date and time and he took the photograph.

Dear Stranger, I am an artist working on a photographic project which involves people I do not know…I would like to take a photograph of you standing in your front room from the street in the evening. A camera will be set outside the window on the street. If you do not mind being photographed, please stand in the room and look into the camera through the window for 10 minutes on __-__-__ (date and time)…I will take your picture and then leave…we will remain strangers to each other…If you do not want to get involved, please simply draw your curtains to show your refusal…I really hope to see you from the window. 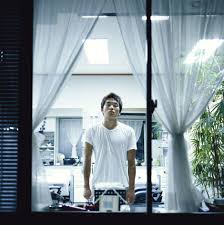 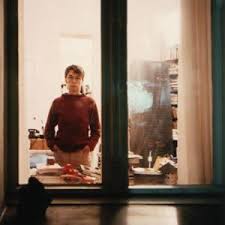 John Darwell – Dark Days (2001-2)  Another interesting piece of work relevant to these troubled times is the work documenting the Foot and Mouth outbreak of 2001/2.  Whilst a number of images are explicit in their subject matter, which I would prefer not to show here, others record a quiet and troubled land. 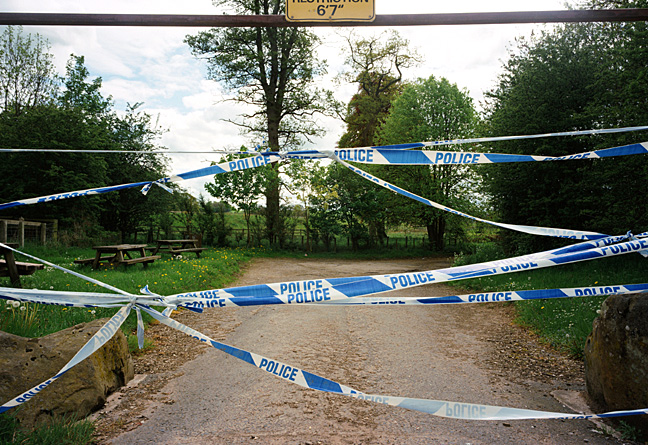 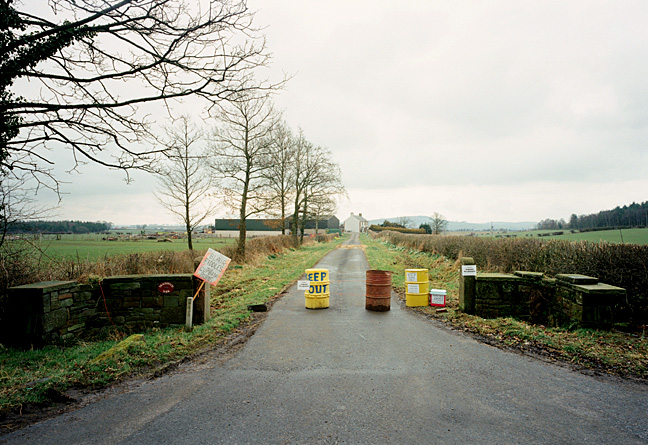 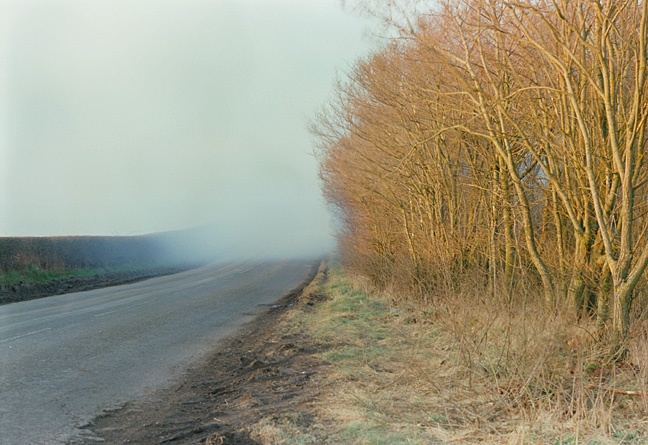 So, what did I get out of this lecture.  Lots of ideas and examples to think about and consider how they might be relevant to the current situation in the UK.  The specific ideas I have taken away are to use a torch to light up the shoreline in front of my house at night, photograph individuals and pairs of people walking in isolation on the beach, and to pick up some shells, pebbles and other objects from the beach to give still life opportunities for my photography, if and when the lock down becomes even more restrictive.

My name is Alison Price and for the past ten years I have travelled the world photographing wildlife, including Alaska, Antarctica, Borneo, Botswana, the Canadian Arctic, Kenya, Rwanda, South Africa, Zambia and Zimbabwe.
← A Photograph a Day Project during the Coronavirus Lockdown (Week 2) Autoethnography and my Research →