Foreground and Background in Art

I have been listening to some of Graham Harman’s lectures on You Tube including one entitled Greenberg, Heidegger, McLuhan and the Arts.  I found Harman’s summary and opinions of Heidegger’s thinking helpful but struggled with what exactly he means by foreground and background.  My immediate reaction was that he was referring to these in the context of visual media, but it soon became clear this was an ontological as opposed to a visual distinction.  The majority of his lecture is about Heidegger and it is on this part of the presentation that I will concentrate in this post.

Harman starts by explaining that in life we take things for granted.  We are not consciously aware of many objects we encounter in everyday life, or indeed aware of many aspects of being human.   For example, we are not aware of the functioning of our bodily organs, the oxygen that we breathe or the English grammar that forms the background to our understanding of language.

In Being in Time (1927) Heidegger introduces the concept of Tool Analysis of being in time.  So, a range of ‘things’, as Heidegger refers to them, form part of an unconscious background.  We take them for granted and are normally unaware of them.  Heidegger uses the terms – present at hand (where things are just there in the background of our awareness) and ready at hand (where the thing enter our conscious awareness and becomes a tool in use).  Thus, my camera is present at hand, it is close to me and has potential far beyond any use I might put to it.  Indeed, I am not normally consciously aware of it.  However, when I consciously seek my camera, I become aware of it, I pick it up and engage with it.   In my relationship with the camera it is now available for me to do my work – it is in a state of readiness but, whatever I do with it, I cannot exhaust its potential.

Heidegger excludes humans from this duality, because Heidegger – following in the Kantian tradition – that humans have a unique relationship with all things.  They are not independent entities but only have significance in how they relate to us.  So, if I use a hammer, what matters is my relationship with the hammer and my relationship with the nail.  However, Harman believes that Heidegger is wrong in this respect, as humans also have hidden aspects and those that remain present but not necessarily ready to hand.  When we look at a tree, for example, we do not exhaust all the features and properties of the tree, similarly as we encounter another human not everything about them is us is revealed.  Heidegger argues that tools make up a system and only become individual when they break.  Harman takes issue with Heidegger by saying that tools are not part of a whole – his position is that tools, like humans, are object whose reality subsists within them and not in any given relationship they may have with one another or with us.

According to Heidegger, the background is more important than the foreground and we see a thin superficial film behind which things exist.  He values the background over the surface because the surface only represents the superficial presence of being.  However, Harman points to what he calls the “revenge of the surface”.  Harman argues that being is so deep (withdrawn) that it just exists in the background and can’t, in the totality of its being, interact with us.  However, Heidegger also argues that both God and history needs human beings to reveal themselves.  God seeks the whole human being (Dasein) and history needs us, history needs Dasein in order to reveal itself – the history of being.  So, the surface, whilst less important to Heidegger than the background, becomes the necessary place where being reveals itself.  The surface is also the place where things interact – they interact on the surface.

When I first listened to this lecture, I mistakenly took the references to foreground and background as relating to a piece of art – a photograph or a painting.  I found myself considering the relative importance of the foreground and background in my image making.  I also recalled the time during my MA when I experimented with multiple exposure images such as the ones below. 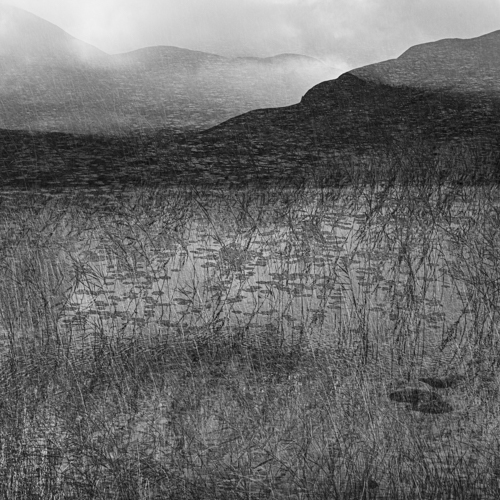 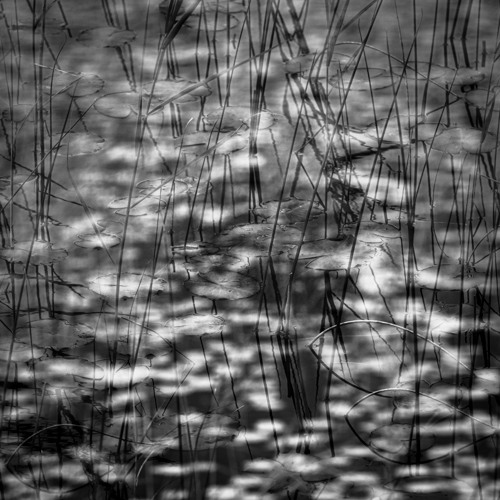 In this context, the background is important to me too and is, I believe related to Heidegger’s terms presence of hand and readiness to hand.  Harman’s Quadruple Object diagram (taken from Ryan and Peck, 2020) below helps me here:

And finally, returning to Graham Harman, he argues that we can never touch another through sensory perception. Art (or photography) is the only way to transgress the boundary of reality and glimpse the ‘being’ of the real object. I return to my Final Major Project on the MA, The Ephemeral Hiddenness of Skye. Some people are able and willing to look beyond the surface representation and in so doing glimpse the noumena behind the veil. The likes of Harman, Morton and Ortega privilege art because of its transgressive potential. Not everyone understands or sees it.

My name is Alison Price and for the past ten years I have travelled the world photographing wildlife, including Alaska, Antarctica, Borneo, Botswana, the Canadian Arctic, Kenya, Rwanda, South Africa, Zambia and Zimbabwe.
← Image of the Week (September Week 1) Writing a Journal →