Creative States of Mind – The Pre-Sense

In an earlier blog post I introduced the research work and subsequent book of Patricia Townsend – Creative States of Mind (2019).  Following advice, I had started by reviewing Chapter 5 – the artist’s state of mind.  Now, I feel I should start at the beginning, given the chronological basis of a creative project, and the book itself, from the initial idea to the project being launched into the world.  The first chapter explores the twinkle in the eye, the fleeting thoughts of a new project – the pre-sense.

Townsend, as part of her research, interviewed 33 professional artists.  She asked them about how a new project is borne.  Where does the idea come from?  Needless to say, there were lots of different responses.  Hayley Newman, one of her interviewees responded as follows:

“Generally, it kind of starts with a ‘hunch’ . . . just a sense of something that is interesting that is starting to engage me.  [. . .] the ‘hunch’ is actually kind of a deliciously imaginative space.  It’s like the space that . . . I want to go to.  Or something that triggers the imagination of a possibility in myself.”  Newman in Townsend 2019:6).

Townsend points to a similarity in responses that a number refer to something in the outside world that has personal meaning in terms of producing new work.  She then goes on to describe her own experience of determining a new piece of work on Morecambe Bay.  She speaks first about the scenery and her attraction to the mountains:

“After a while I noticed that I would always travel to the mountains rather than the coastline.  The mountains attracted me.  They seemed to me to be comforting, solid, dependable, containing.  The Bay, on the other hand, seemed too open, too flat, too vast.  There was something troubling about this landscape.” (Townsend 2019:8).

She goes on to talk about how there was something about the Bay that resonated and the fact that the boundaries between her and the landscape were temporarily blurred:

“There was a felt sense that here in the outer world was a perceptual form that chimed with the inner.”  (Townsend 2019:8).

Another of Townsend’s interviewees, Henrietta Simson, referred to a need to get inside the ‘thing’ and by doing so this enabled her to recreate or understand it better.  The photographer, Susan Derges, in her work River Taw spoke of a similar connection:

“The ideas behind the project were about becoming close to the element of the river, as a metaphor of immersion and participation.  I was looking to be part of it.”  (Read 2017:116). 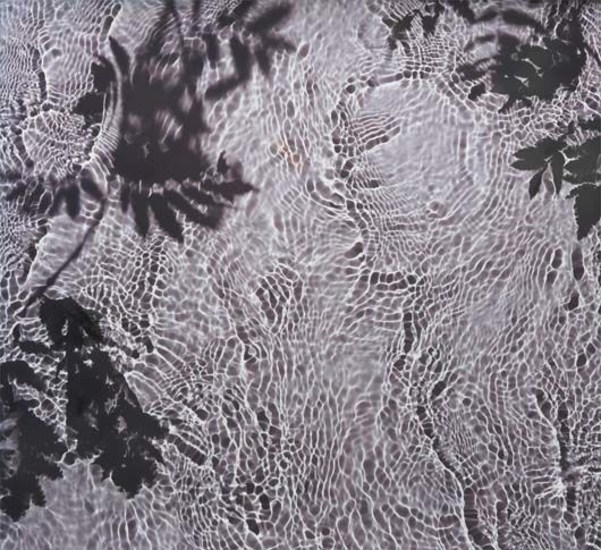 Townsend refers significantly to the work of Marion Milner, a psychoanalyst and artist, and her need to spiritually envelop her subject.  All of these examples suggest a wish to merge with their subject matter in order to create artwork.  Christopher Bollas, another psychoanalyst refers to this merger as the ‘aesthetic moment.”  Indeed, he goes further, in suggesting that objects use us as well as artists use the object, thus forming a dynamic connection between the two.

This idea of an aesthetic moment is something I recognise in my own practice.  My recent work entitled The Ephemeral Hiddenness of Skye is about capturing those fleeting glimpses of Skye that most people never see.  I believe that my decision when to press the shutter is determined by my engagement with the object.  It is not conscious but is driven by a feeling, a connection with the object and an intuitive ability to capture that moment – transcendent reality.  As soon as awareness returns the spell is broken and the creative moment has been lost.  Consciousness subverts creativity.  My question is how do I conjure up the moment again on another day, week or year, and how do I rekindle that moment when post processing to first recognise those images that capture the merger of object and artist and second recreate that feeling and moment?

My name is Alison Price and for the past ten years I have travelled the world photographing wildlife, including Alaska, Antarctica, Borneo, Botswana, the Canadian Arctic, Kenya, Rwanda, South Africa, Zambia and Zimbabwe.
← A Photograph a Day Project during the Coronavirus Lock Down (Week 1) Creative States of Mind - Preparation, Research and Gestation →