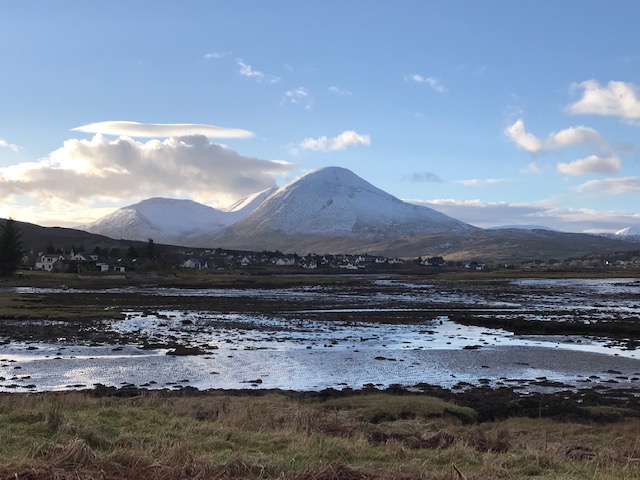 I started Informing Contexts with some trepidation wondering whether I was up to grasping the critical theory that I had dipped into in previous modules.  I had attempted to read some core texts about phenomenology and found them impenetrable.  Although, tutors had reassured me and suggested I started with some introductory texts on critical theory, even those seemed hard going.  My first degree is in History and I have always enjoyed facts, dates and clarity.  For me philosophy, and the varying standpoints, and some of the criticisms of photography from writers who had not picked up a camera, or did not even like photography, I found disingenuous rather than contributing to the debate.

It has soon become clear that critical theory is not a theory of photography as such but the theoretical framework in which critics choose to interpret images.  There is then a wide field to choose from because each critic will bring to bear their own theoretical baggage when viewing images.  Flavours of critical theory, or rather the theory favoured by particular critics, ranges from the modern, postmodern, structuralist, post-structuralist, Marxist, Frankfurt School to name just six.  However, it doesn’t stop there: critics – like the rest of us – are inconsistent and uneven in their knowledge and understanding of the theory they are trying to bring to bear.   How many critics have read more than potted versions of Foucault, Habermas or, indeed, Karl Marx?  How many have kept up with the voluminous academic and other literature discussing and extending the work of those great thinkers?  So one moment they can be condemning Salgado for his supposed neo-colonialism and the next pronouncing the ‘author is dead’ – if he is dead in a ‘Barthean’ sense what does it matter that he is a neo-colonialist?  What matters is his images not his motivation or intent.  However, there are amongst the large number of critics peddling their version of impenetrable but low grade social theory, some who have worthwhile things to say.

I had read John Szarkowski’s The Photographer’s Eye over the break and enjoyed his practical approach – referring to, for example, The Frame and The Detail – and his viewing the photographic image as both a window on our world and a mirror reflecting back on the photographer.  Similarly, I enjoyed Stephen Shore’s The Nature of Photographs and his discussion about the edges of a photograph.  One example which brings out the issues of the edge and framing is Nick Ut’s Vietnam War image of the napalmed girl running naked from the flames.  Just frame on her and that is what it is – a young girl running screaming in pain and in terror from the smoke and the fire.  But what of the little boy running ahead of her – he is running in fear but fully clothed.  The counterpoint of the clothed boy and the naked girl emphasises her vulnerability.  But now, open the frame wider what might we have seen?  A photographer in military gear checking the settings on his camera totally indifferent to the screams of the terrified child.  So, with Nick Ut’s incredible technique, the image reveals, layer upon layer, multiple meanings: war, terror, vulnerability, indifference.

Our major task this week, and posted about separately,  https://wp.me/p9BvX0-r4 was to identify the inherent characteristics and context of the ‘photographic’ nature of our practice.  I found this a hugely helpful exercise in linking what I was reading with what I am doing out in the field.  It was a chance to reflect and understand better the motivations, style and approach of my work.  As I have noted before on this blog ‘framing’ and care in composing a shot – along with all the other issues of focus, exposure, and so on is drummed into the practice of the scene of crime photographer.   So faithfulness to the subject whether literal or in abstract is a crucial part of my practice and, I hope, adherence to the golden rule: ‘to thine own self be true’

So, how am I feeling now.  I am really enjoying this module so far and find the tutorials with the Module Leader at the end of each week a useful summary and a place to ask questions and reflect on how we see our practice relating to our reading.  The approach is a pragmatic one too, so although we should read widely, we can pick and choose and preference texts that might have a bearing on our photographic work.  That is not to say we can avoid the likes of Sontag and Barthes altogether!  That is for next week . . .

At the end of Week 1 I travelled north in challenging weather to spend time in the Isle of Skye to get started on my Work in Progress Portfolio.  My drive over Glen Coe was spectacular, as always: 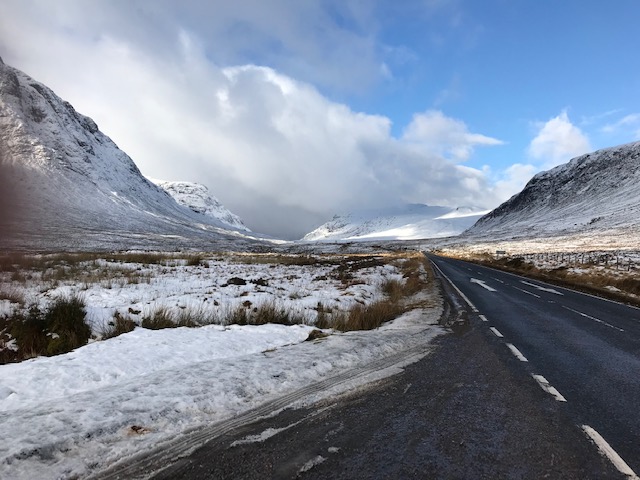 And as I made my way from Invergarry to Loch Duich I saw two Red Deer on the side of the road.  As I slowed down and looked to the other side there was a mother and three juveniles watching me make my way through the pass.  That certainly made me forget about Informing Contexts for a moment!

As I move into Week 2 I am wondering how I will manage to do the extensive reading in these early weeks and make time for my photography.  But I am positive and enjoying the challenge of this module.

My name is Alison Price and for the past ten years I have travelled the world photographing wildlife, including Alaska, Antarctica, Borneo, Botswana, the Canadian Arctic, Kenya, Rwanda, South Africa, Zambia and Zimbabwe.
← Ansel Adams - a "modernist? (Week 1) Out with my new Camera (Week 2) →