The Sunday Times featured Don McCullin last weekend prior to his major retrospective at Tate Britain starting on 5 February. Although lots of the article was about his conflict photography, Appleyard also asked him about his landscape work:

“He photographs the countryside only in winter, so the bare branches can clutch at his Wagnerian skies. “I love skies. If the sky’s not right, the landscape’s not going to work. The sky has to be the monumental part of what I’m trying to record. That’s why I only do it in the winter, because look out there now: the naked trees are the truth. When they’re covered with leaves, they’re hiding the truth from you.” (Appleyard, 27 January 2019)

This was an interesting observation for me for two reasons: one his comments about Wagnerian skies – and I know exactly what he means – I go in search for such skies on the Isle of Skye. Second, I am considering whether to use trees as the subject for my next Work in Progress Portfolio that for the most part will be taken in the winter season. I have long considered winter to be my favourite season for photography but had not thought specifically about how trees might be at their most revealing during these months. After all, most of us enjoy spring when the leaves burst open and autumn when the colours take over the landscape as stand out times with the camera. However, winter trees are dominated by their structure, shape and form rather than being dominated by the cover of leaves. McCullin’s comment has peaked my interest in what is probably my third choice option.

After a tip off from my tutor I reviewed the work of Paul Hart and in particular his work entitled Truncated. A study of a pine forest in Derbyshire. Gerry Badger in his commentary on Hart’s photography says of this work:

“Paul Hart’s images of single trees function like portraits, highlighting character and nuanced individualities – with one important difference. Trees do not react like people when a camera is pointed at them. Tree ‘portraits’ depend solely on the sensibility of the photographer.”

There is a school of thought in photography that consider the only legitimate form of landscape photography in modern life is about its ruination rather than perhaps what you might label a romantic view of the landscape. This same critical thought would see it illegitimate to photograph isolated aspects of our natural environment such as rocks or trees as being at worst deceitful and at best irrelevant. Thus, somehow the unspoiled landscape or the sublime aesthetic is inappropriate.

Robert Adams on the other hand, although taking a political approach to the genre, and recording the iniquities of the world he also refuses:

“to turn away from what artists have traditionally celebrated in life – beauty.”

Gerry Badger in Meetings with Unremarkable Trees – The Photography of Paul Hart compares an etching by Lucien Freud (that in turn is a reinterpretation of the original Constable’s Elm) to one of Hart’s images:

Both images depict part of the tree leaving much of the tree canopy out of the frame that gives the sense of it being a portrait of a particular tree – a living being. This approach of communing with nature or seeking out its beauty first appeared during the Romantic movement. However, during the Industrial Revolution trees were appreciated on an aesthetic level rather than being worshipped.

Hart’s photographs are also compared to those of Eugene Atget. Although Atget was in fact chronicling Paris he was also well-known for his photographs of trees, recording their character and variety. 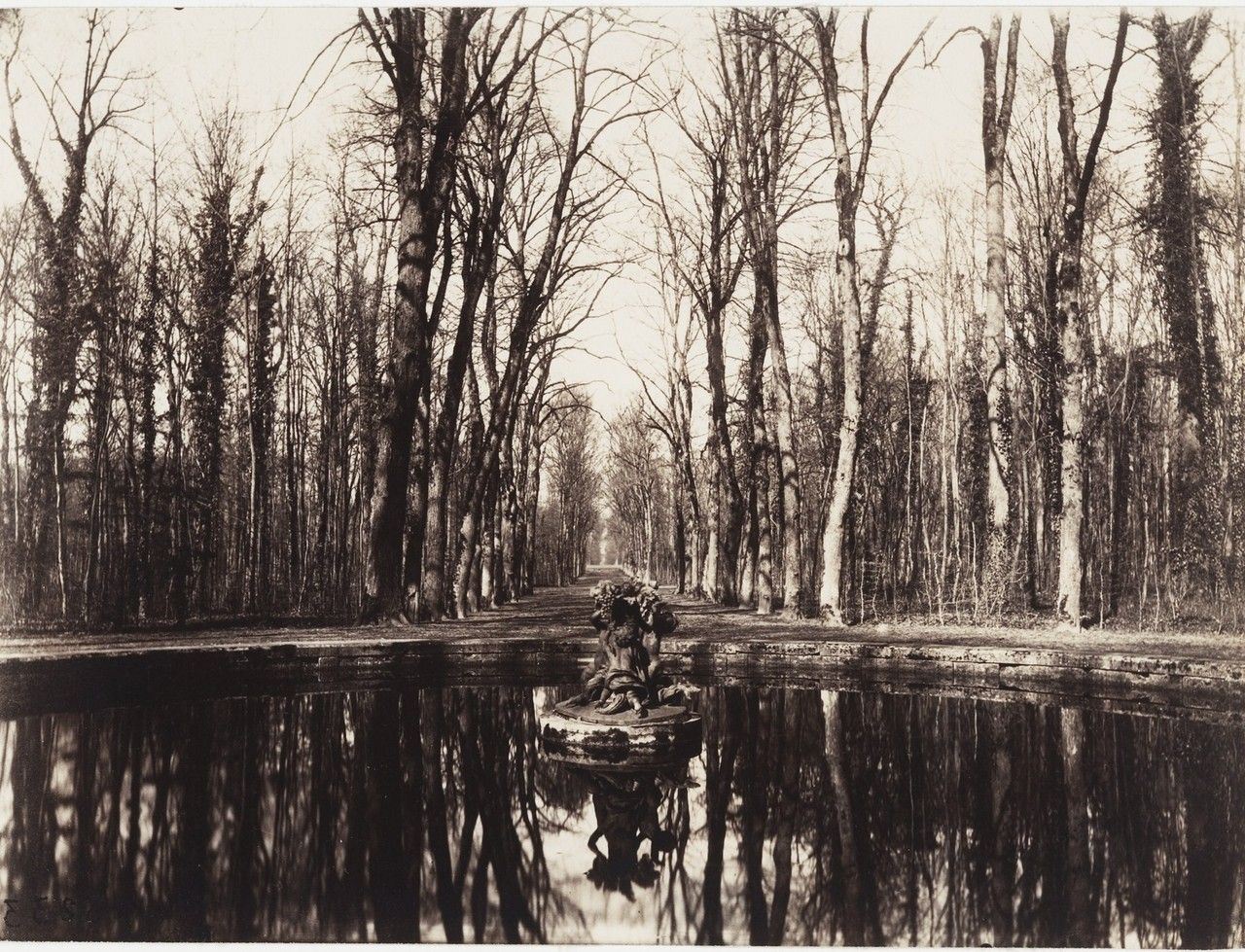 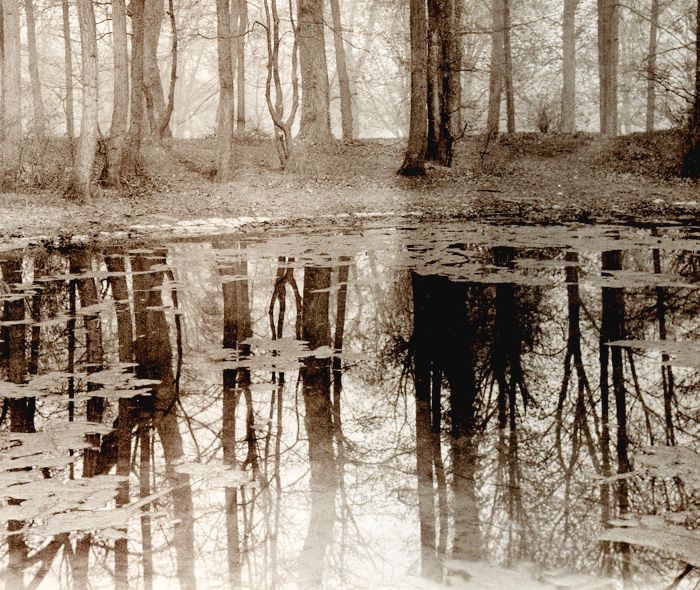 Moving on to Hart’s image – they have an earthy sense to them. While largely capturing individual trees, almost tree portraits, there is also a clear sense of the forest within which that tree is a part. For me, his images give a feeling of moving through the forest and often provide the viewer with a clear pathway from that spot, but not before capturing the texture, the feel and even the smell of the wood. There is also a feeling of tranquillity and serenity in his work.

Although Hart gains a sense of moving through the forest there is also a sense of taking a moment – a time to stop.  Photography allows objects to be frozen in time and space – detail and textures we might not all experience.  Hart also captures an anthropomorphic aspect to his trees – as I said previously – they are almost tree portraits.

Badger summarises the relevance of Hart’s photographs as follows:

“We live in nature.  We depend upon nature.  We are clearly bound to nature in the deepest psychological sense.  Trees are our friends.  We make use of them, to be sure, but we should not do so wantonly, profligately, without thought or love.  As Paul Hart’s photographs demonstrate, they have much to give us.” 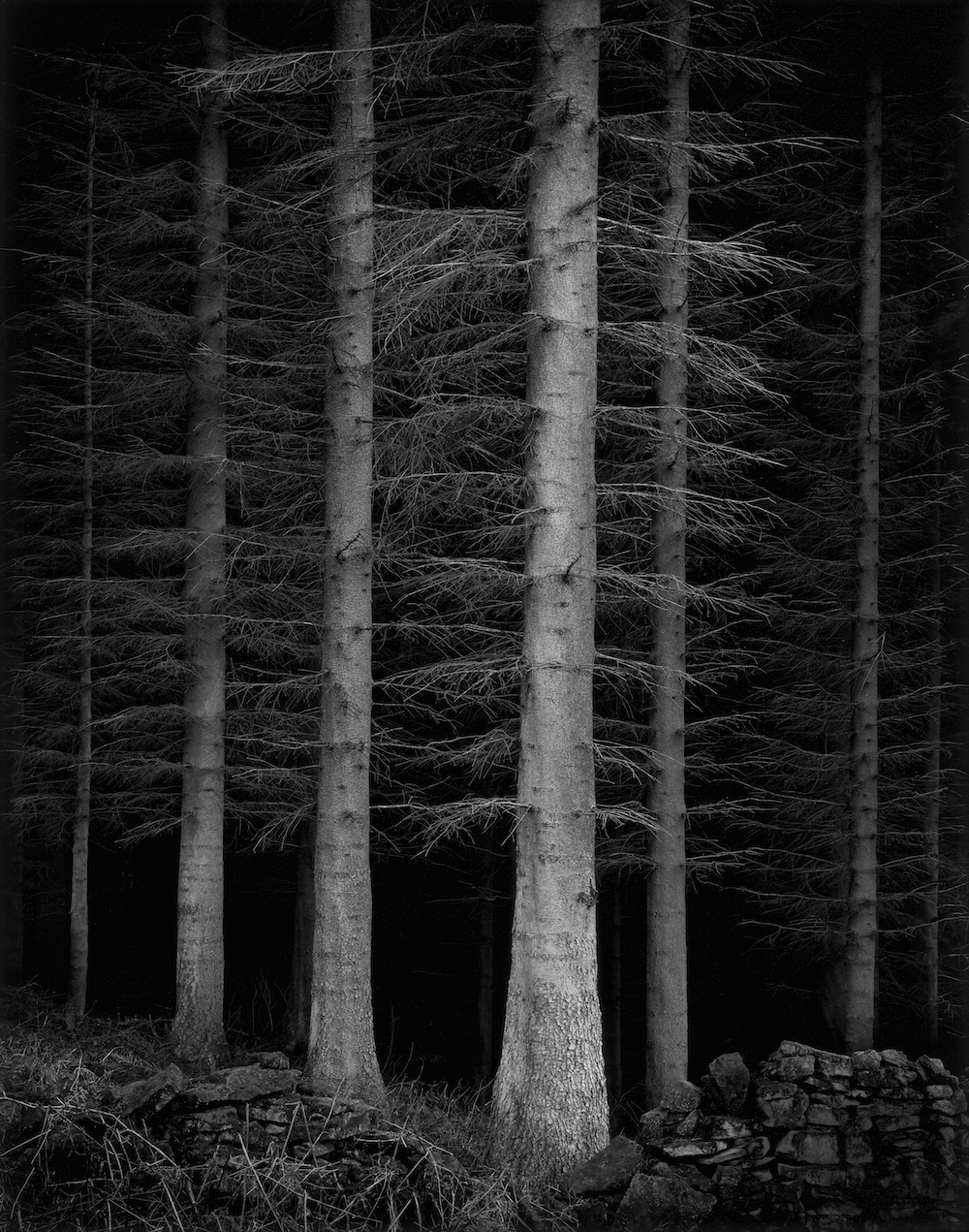 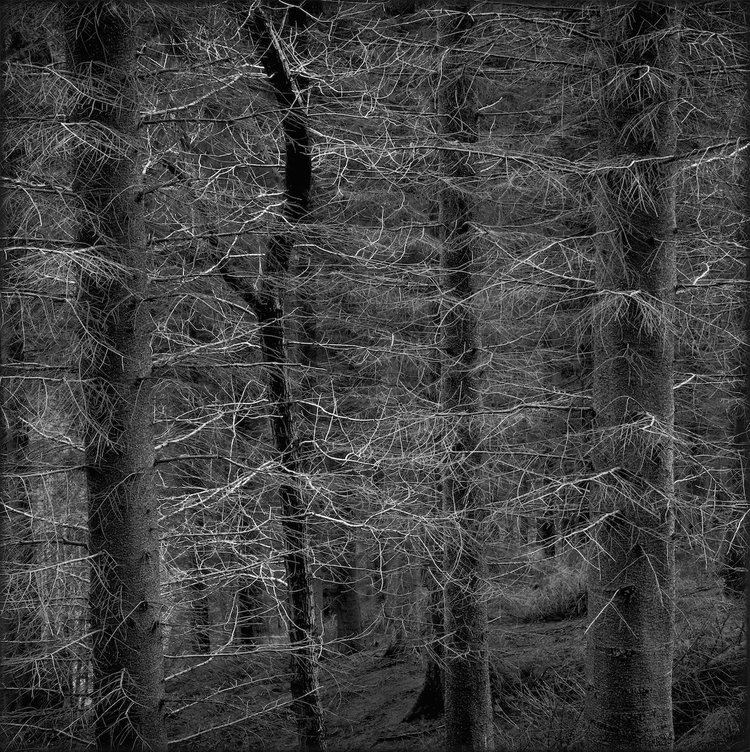 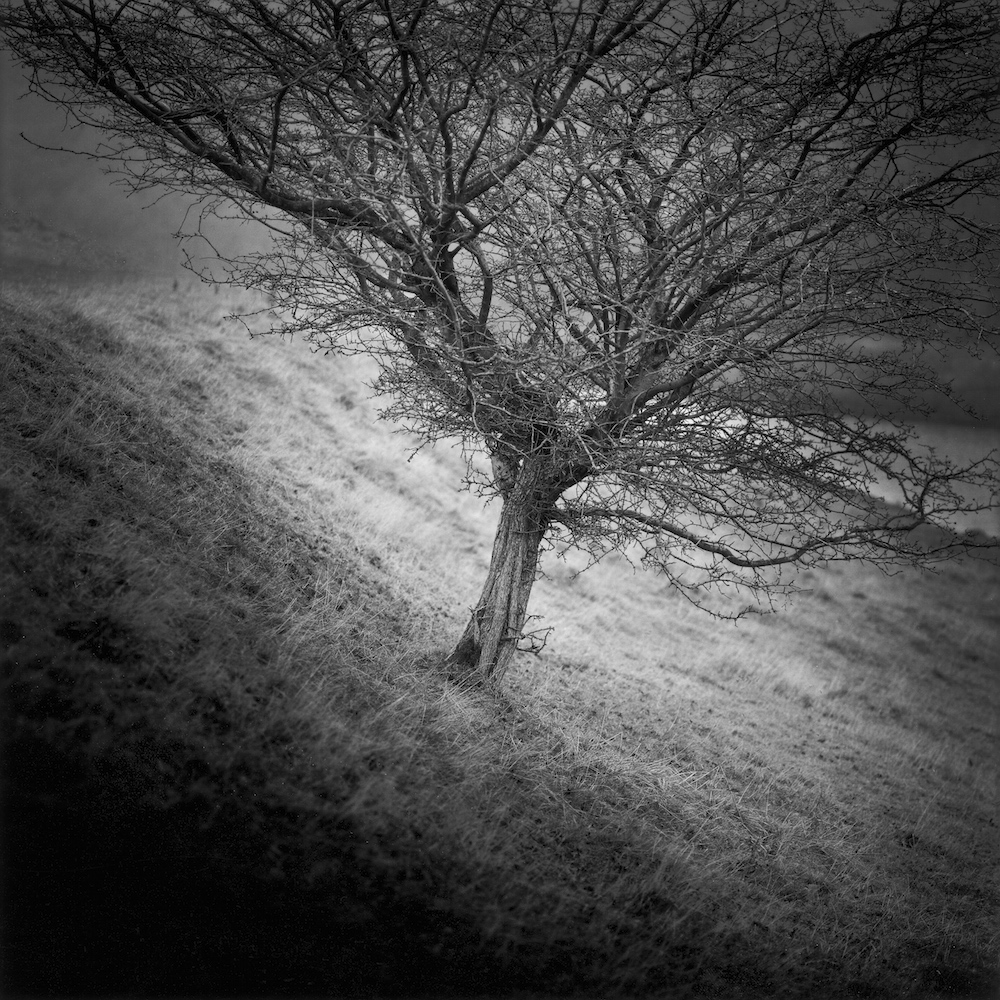 Paul Hart’s work has inspired me in a number of ways.  His capture of trees as natural beings; evoking the sense of texture and smell in the forest and his commitment to the high-quality production of his monochrome images.  This research is timely as I return to Skye at the end of the week and seek to capture the trees on The Road to Elgol.

My name is Alison Price and for the past ten years I have travelled the world photographing wildlife, including Alaska, Antarctica, Borneo, Botswana, the Canadian Arctic, Kenya, Rwanda, South Africa, Zambia and Zimbabwe.
← Identifying the inherent characteristics and context of the 'photographic' nature of my practice (Week 1) Ansel Adams - a "modernist? (Week 1) →