Before the Christmas break I mentioned my holiday reading – Arctic Solitaire by Paul Souders.  I thoroughly enjoyed the book and found Paul’s gentle humour and an ability to laugh at himself very endearing.

I had met Paul on two occasions in Alaska where he and I were photographing brown bears.  The first time I met Paul was just after he had reached for his pepper spray as a brown bear approached him – but he never used it.  I was part of an organised group but Paul was working on his own from a small boat he called home.  He spent many hours each day setting up remote underwater cameras and observing and photographing the bears.

Arctic Solitaire however is about Paul’s quest for the perfect polar bear.  Having camped on Hudson Bay myself in search of polar bears I know how difficult they are to find and chances of seeing them are governed by the ice and a great deal of luck.  We stayed on the ice south of Arviat and inside the 60th parallel. Paul ventured much further north to Repulse Bay in Nunavut Territory.  His quest involved four solo boat trips in Hudson Bay and he describes it as follows:

“All the easy pictures have been taken.  But I’m here to tell you there are still some stupid and crazy ones left out there.

I was heading north with at least one of them in mind:  I was looking for the polar bear of my dreams.  Not a zoo bear, not some hanging round the town dump bear, and certainly not a Tundra Buggy tourist bear.  I was searching for a polar bear living unafraid and standing unchallenged at the very top of the food chain.  I planned to photograph that bear living, hunting, and swimming among the melting Arctic sea ice.”

Paul’s twenty-two foot boat, aptly named C-Sick, was all he had to keep him safe from the variable and challenging weather.  He was driven by a sense of adventure but hated boats and had little working knowledge of how they worked.  During his adventures he diced with death on a number of occasions being caught out in raging seas with faulty engines and malfunctioning technology.  He also ventured very close to the polar bears, often in a poorly inflated dinghy while placing a remote underwater camera in front of its nose. 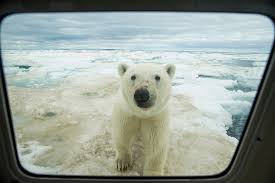 But, he got the shots: 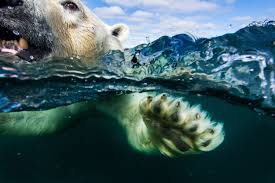 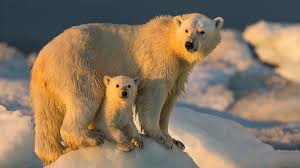 As a result of his endeavours Paul had first place awards in the BBC Wildlife Photographer of the Year in 2011 and 2013, the National Geographic Photography Contest in 2013 and the Grand Prize in the 2014 Big Picture Competition.  He also has memories to last him a lifetime!

My name is Alison Price and for the past ten years I have travelled the world photographing wildlife, including Alaska, Antarctica, Borneo, Botswana, the Canadian Arctic, Kenya, Rwanda, South Africa, Zambia and Zimbabwe.
← Thinking about my next Work in Progress Portfolio (Week -4) Returning to the Reeds of Loch Cill Chriosd (Week -3) →