I had found the Informing Contexts module challenging and the amount and level of work exhausting, particularly in the early weeks of the module. However, I really enjoyed it too and found delving into books by Sontag and Barthes more interesting than I had expected. For example, I loved Camera Lucida by Roland Barthes and enjoyed getting to grips with his articulation of studium and punctum and revisiting some of my own images, successful and unsuccessful, in this context. Although, a little laboured from time to time I also enjoyed the second part of the book where he discussed a photograph of his mother.

“There I was, alone in the apartment where she had died, looking at these pictures of my mother, one by one, under the lamp, gradually moving back in time with her, looking for the truth of the face I had loved.  And I found it.” (Barthes 1980:67).

The image, referred to as the Winter Garden photograph, taken in 1898 was not reproduced in Camera Lucida however, Barthes describes it as follows:

“I studied the little girl and at last rediscovered my mother.  The distinctiveness of her face, the naive attitude of her hands, the place she had docilely taken without either showing or hiding herself, and finally her expression, which distinguished her, like Good from Evil, from the hysterical little girl, from the simpering doll who plays at being grown up – all this constituted the figure of a sovereign innocence (if you will take this word according to its etymology, which: “I do not harm”), all this had transformed the photographic pose into that untenable paradox which she had nonetheless maintained all her life: the assertion of a gentleness.” (Barthes 1980:69).

Sadly, my mother passed away on 28 May and her funeral was held this week. In the context of finding some images for inclusion in the funeral Order of Service I found myself looking at these beautiful and old photographs. I started reflecting on Barthes words but also thinking about how we use and re-use old family photographs in this digital era.

Here are some of the images of my mother – the first we chose as the image on the front page of the Order of Service: 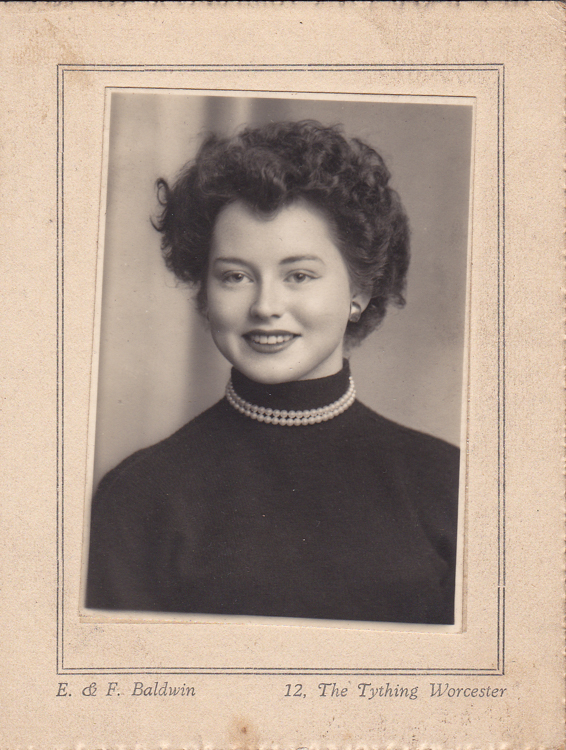 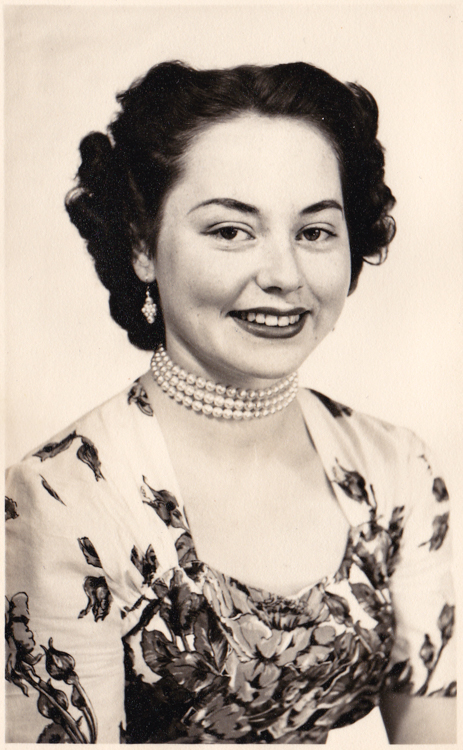 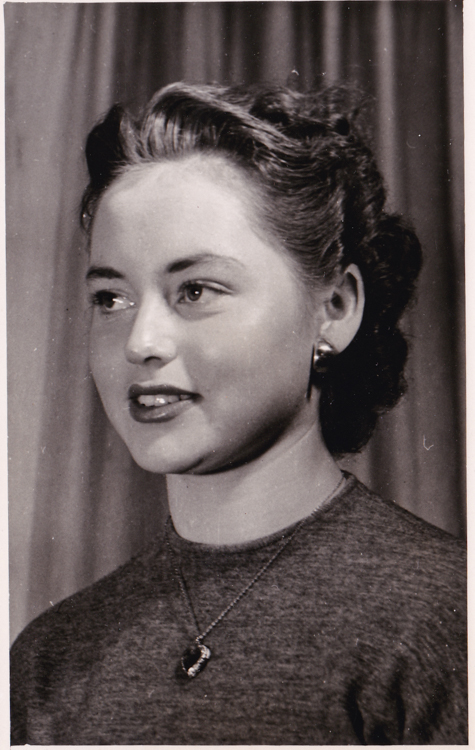 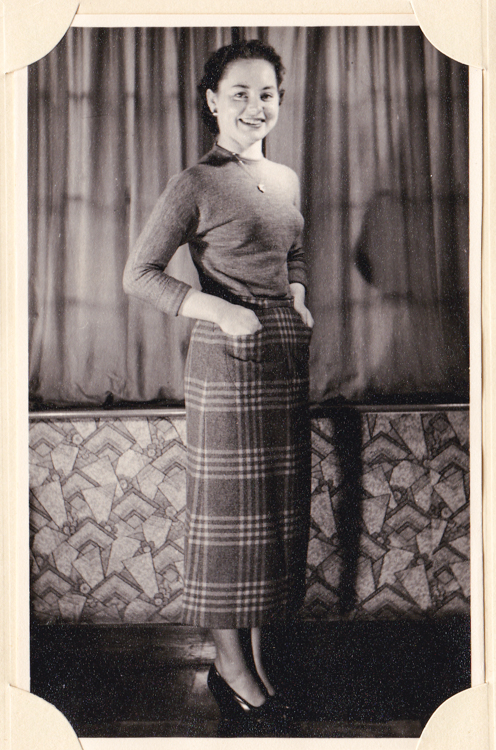 These images remained unseen for most of my own life only coming to light when we cleared my mother’s house three years ago. As a historian I found them fascinating and particularly in telling a story of aspects of my mother’s life prior to having her three children. My mother was a beautiful woman but in some of the images I can see some of the struggles with stress and anxiety that revealed themselves while she was still at school, and continued from time to time through her adult life. I believe that these images were taken by a professional photographer, in a studio, and were portraits taken to record particular periods in my mother’s life. Technically, they are beautifully rendered and capture the essence of my mother’s character and personality – her sense of fun but also some of her inner struggles.

Having not seen these images until relatively recently I set about scanning them into Lightroom with a view to putting together a book for members of the family. The book was intended to chart the history of our family from the point my parents met, through our childhood and graduating from university and the arrival of their first grandson. After my father died in 1993 the number of family photographs reduced dramatically, as we all went our separate ways and developed our careers and lives away from home. As I thumbed through a number of boxes of images I found photographs of presumably family members that I didn’t know, photographs of my mother with people I didn’t know and in places I didn’t realise she had been to. It was the revelation of a whole life world of which I was not part or party too until she was too consumed by dementia that I couldn’t ask her about.

So, what is the role of family photographs in this digital age and what of these beautiful old photographs we all have secreted away in albums and on our computers. They provide memories, and allow us to recollect times gone by. They are able to reveal the unknown lives of our family members and they provide a historical record for those coming after us in life. They also provide material for those photographers that seek to reuse others old photographs. These photographers recreate a different story, a narrative around the images they collect. They sometimes attempt to find out more about the people in these found photographs and seek to reconstruct what they can of their life. Some are just interested in old photographs and the beauty of these tactile memories.

It has been an interesting exercise to remind myself of some of the themes in Camera Lucida, especially at this difficult time in my life. My mother’s death feels like the end of a chapter in my life, but also draws a line in the sand in terms of my photographic journey on the MA Photography. I started my journey seeking to find ways to lay the ghosts of my early photographic career as a police photographer to rest. As I worked my way through the various modules a weight has been lifted off my shoulders and my photographic images have become less dark and moody to the point where at the end of Informing Contexts I produced some colour images of seascapes. I feel this may be a turning point for me, and my mother’s death seems like a closing down of this chapter in my life.

I feel more confident in my ability to reveal the true essence of Skye. I no longer feel the need to represent my imagery in monochrome nor do I see it as the only way to simplify and reduce the sensory elements in an image in order to reveal the noumena. Although it is a sad time I also have hope and a direction to my journey.

My name is Alison Price and for the past ten years I have travelled the world photographing wildlife, including Alaska, Antarctica, Borneo, Botswana, the Canadian Arctic, Kenya, Rwanda, South Africa, Zambia and Zimbabwe.
← Experimenting with taking photographs through my Window (Week 2) Returning to Rephotography (Week 3) →