More About the ‘Eternal Moment’ (Week 14)

Over the last three months I have been taking large numbers of images seeking to capture the ephemeral hiddenness of Skye. In doing so I have sought to extend the repertoire of my camera by testing a number of different techniques and taking inspiration from artists such as J M W Turner and Claude Monet.   What I am trying to capture in my photography is a glimpse of the depths of reality behind surface perception. It is a tortuous process that relies upon the conjunction of light and timing, and camera craft, to bring forward out of the moment that ineffable glimpse of the sublime that exists below the surface of our perception. I believe that with the camera one can break free from the chains of everyday existence to catch a glimpse of that which is ephemeral in its passing but, permanent in its reality.

The weather has hampered my efforts for over two weeks but in a brief moment yesterday when the clouds lifted and the water and plants emerged into sunlight I was able to take these two shots. I was pleased as again I had been able to capture some of the hiddenness I see (as I struggled to keep my camera and tripod still enough to take a shot!). 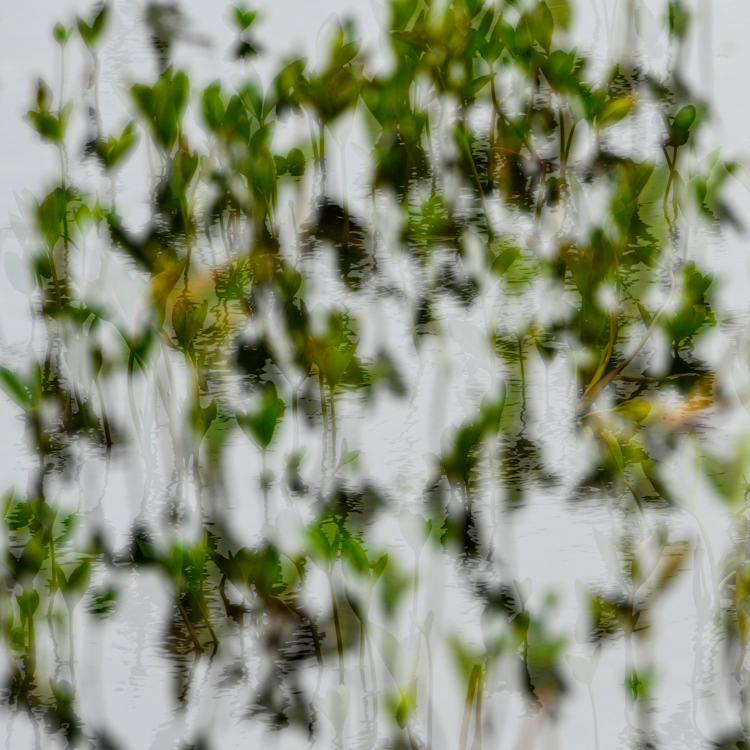 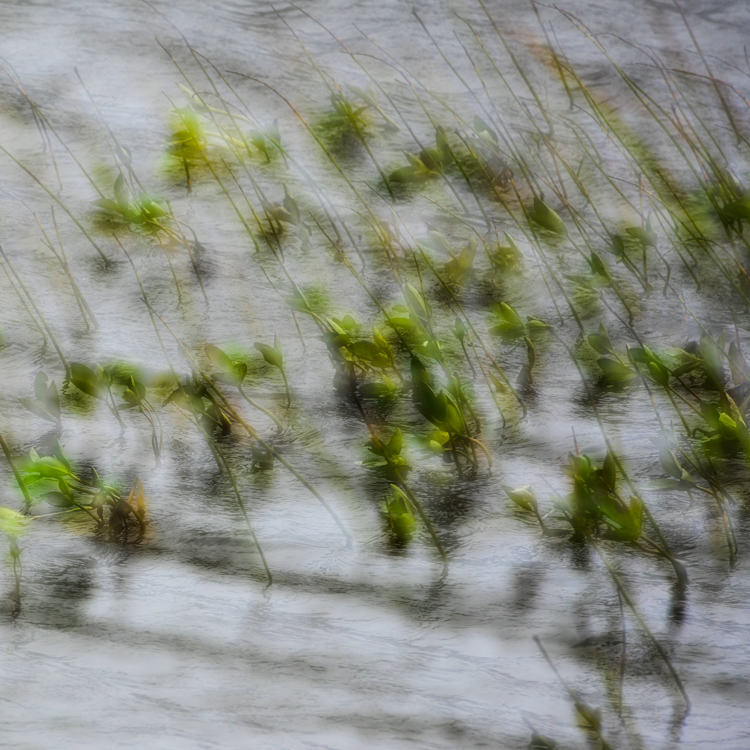 The assertion that my images might be captured anywhere and have no direct link to the Island confuses the world of perception with the reality that drives our experience of Skye. All anyone needs to know is that these images have been taken on the Isle of Skye in a small and rarely-travelled corner. With that they can realise the camera is revealing the inalienable reality of the whole Island – as it lies separated by ocean and climate from the mainland, with its own distinctive culture, customs and mythologies.

From an aesthetic perspective, I seek to exploit the voice of the camera realising it fullest potential to capture, what I have previously described as the ‘eternal moment’. Unlike any other art form, in my view, the camera has the ability to translate, recognise and record the eternal moment unlike any other instrument of expression.   That is why I am making these images in camera and not relying on post processing.

Although, I do not seek to criticise those who attempt to achieve this through the agency of Photoshop or other software, I believe that in following the post-processing path it is easy to change the camera into an analogue of the paintbrush or the stylus for which it is a poor substitute. It can also begin to work against what the camera has realised and potentially transforming the image into something that it was not. Our memories of a moment soon change, they become conceptualised within our framework of beliefs (and prejudices) about the world.   For me the original moment is most important. The only role that I place upon software is one of bringing the completed image within the camera to its full potential by the correction of the inherent deficiencies in digital processing.

Through the confluence of techniques and a large amount of testing, I have realised through the camera a vision of the moment that reflects so much of what I have described before. In looking at the first image above, if you stand back it appears blurred, lacking focus and the subject is hidden. However, when you focus upon any part of the image, the underlying reality emerges capturing your attention, holding it and then as your gaze moves on, it withdraws into the background from which it emerged.

My name is Alison Price and for the past ten years I have travelled the world photographing wildlife, including Alaska, Antarctica, Borneo, Botswana, the Canadian Arctic, Kenya, Rwanda, South Africa, Zambia and Zimbabwe.
← The Eternal Moment (Week 13) Exhibition at An Crubh on the Isle of Skye (Week 14) →