Our challenge this week was to form a Team to work on the production of a zine.  Our completed zine can be accessed below:

My first task was to find out what a zine is! A quick Google search revealed the following:

What is a zine?

“A zine is an independently created publication. It is often created by any means necessary and/or available, more often done out of passion for a subject rather than for commercial success. Currently, zines are typically photocopied using word processors, but there are many who utilise offset printing or create handmade zines with content made using collage, digital photography, silkscreen, litho, hand-written creative writing, etc. A zine can be about any subject and done in any style imaginable. Some typical subjects for content are creative writing, comics, personal writings, fan-based writings, science fiction, literature, anthology/art, and review, however it is completely open. A person with access to a photocopier can be writer, publisher, and printer.”

Our group of seven participants formed quickly, nominated a leader, and soon decided on our theme for the zine. Our discussions were conducted through our Group discussion forum on Canvas and WhatsApp where more immediate feedback or decisions were required.

As Fathers’ Day was on Sunday we decided to ask our contacts for a photograph of either a place or object that reminded people of their father and if they wished they could accompany their image with a few words. I chose to send personal e-mails to a small number of contacts given we were only required to produce three or four contributions each. By return of post I received four contributions plus my own. See below: 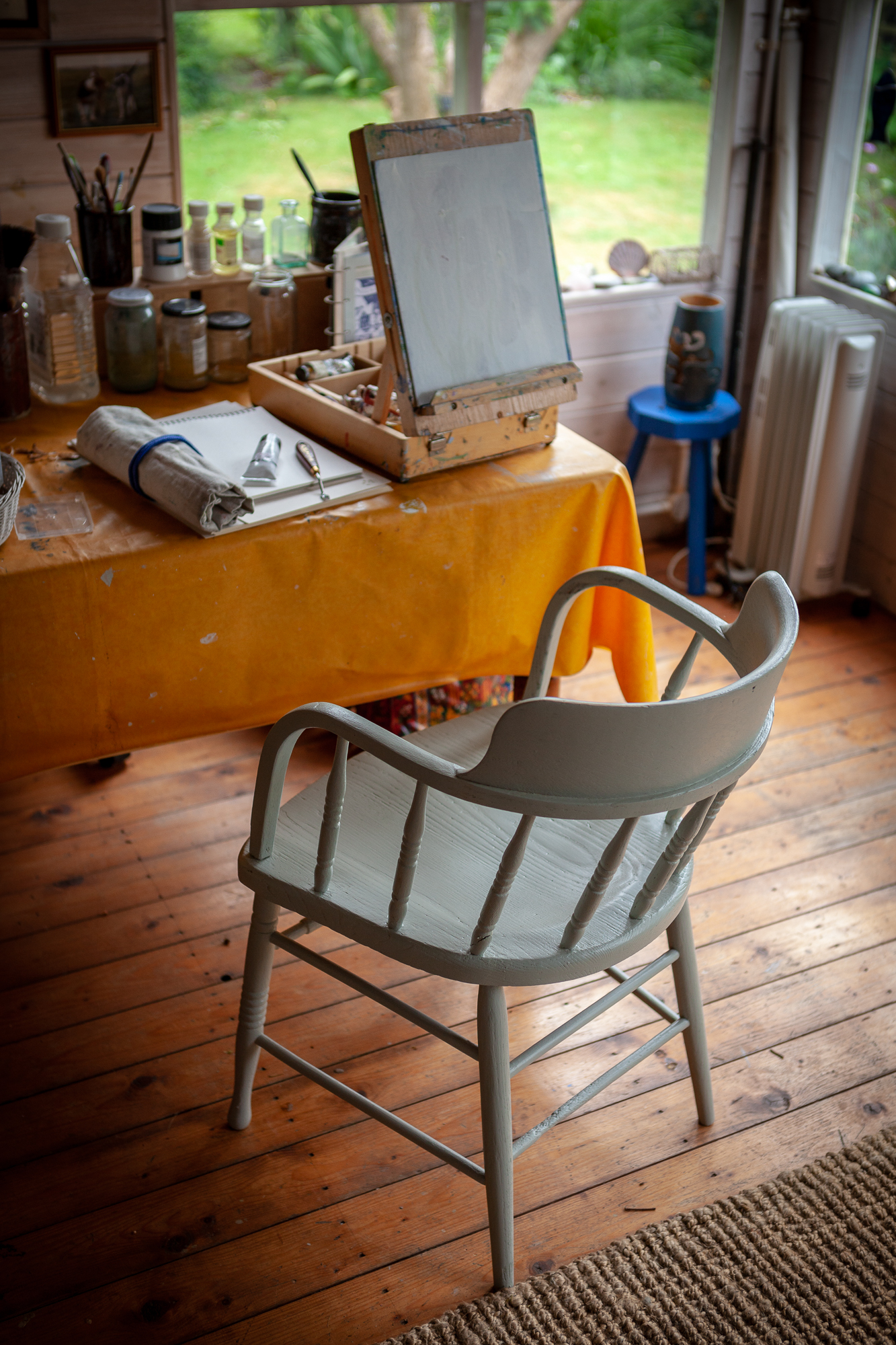 I often recall the image of my father sat on this chair at his makeshift desk in the ‘spare room’.  He was the secretary of a Yorkshire branch of the Amalgamated Engineering Union and most evenings and weekends of his working life he dealt with the many visits from his fellow workers with their industrial injury claims or disputes with the management. Now suitably refurbished, it sits in our summer-house supporting our hobbies! 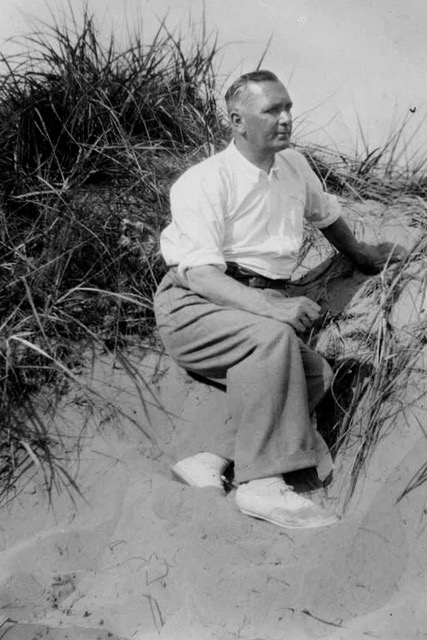 My Dad died when I was 9 so I never really knew him.  He spent most of his life in West Africa as a trader for Unilever and returned (retired) back to England just before the start of WW2.  He was considerably older than my mother – he was born 1888, she in 1911.  I wish I had known him and learn about his life and experiences; I remember him well but he had much to tell that I never heard. 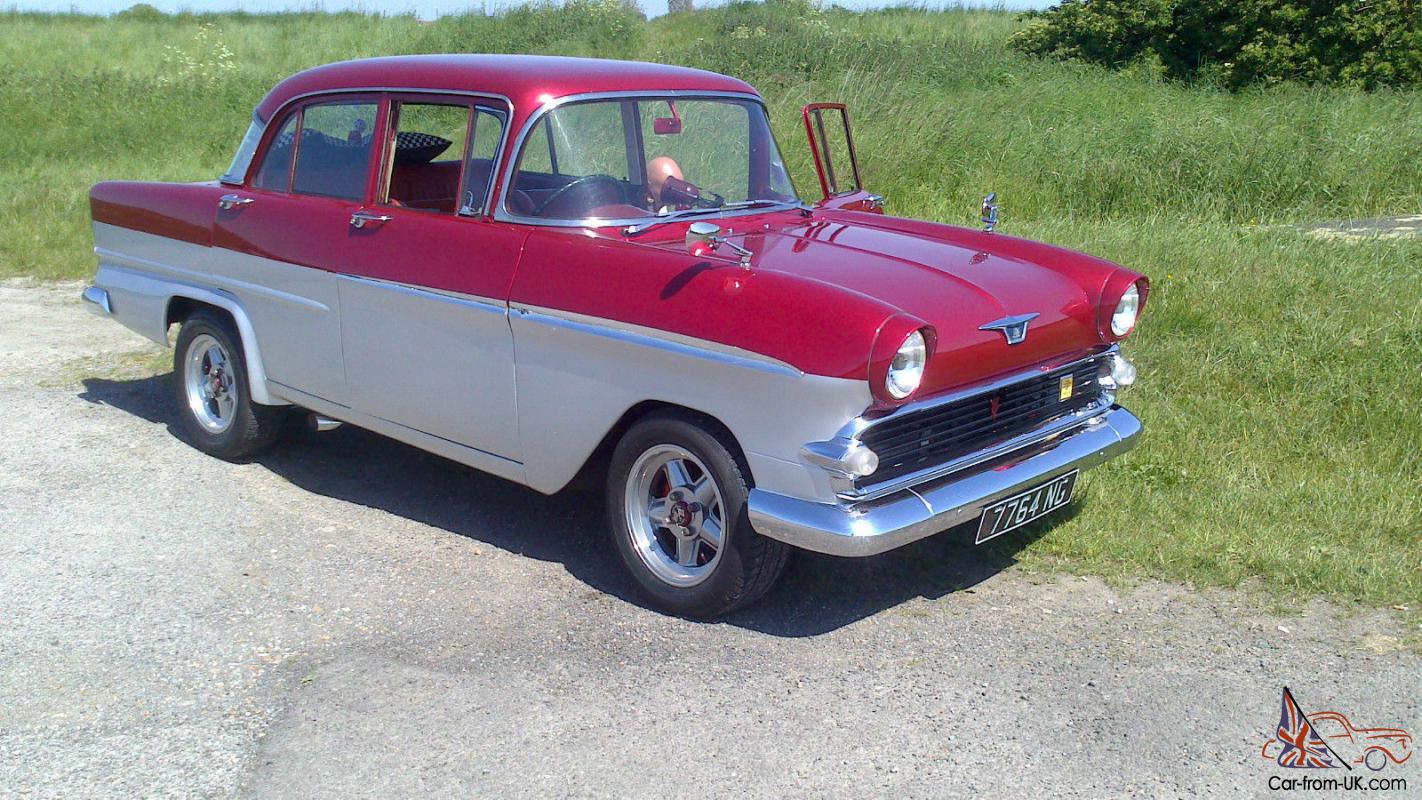 This is the car my father had when I was a child. For me it has memories of being collected from school and going on family holidays. I can still remember the number plate 984 DFK! My dad was so proud of it. 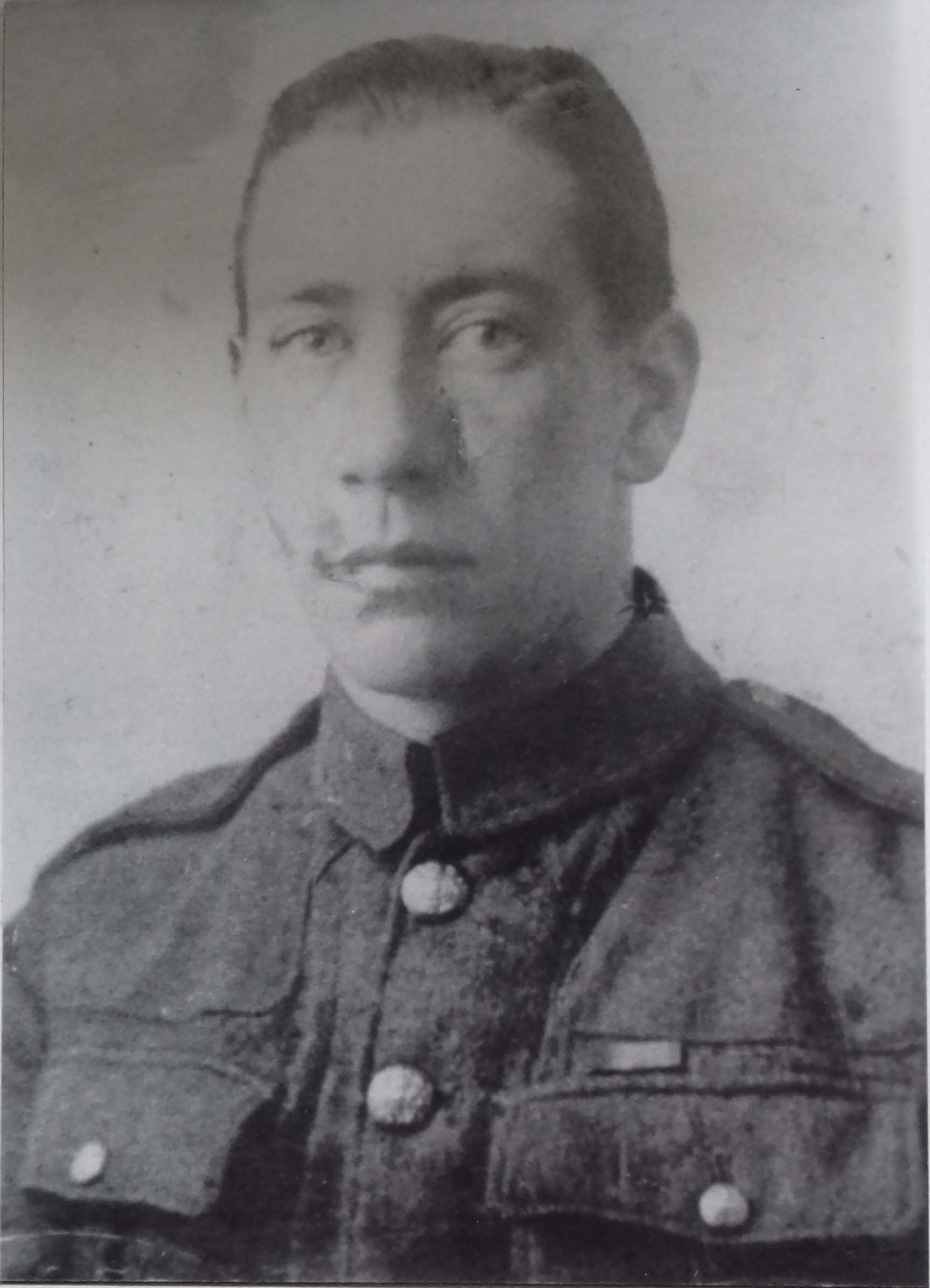 I never saw my father in uniform but I did see the results of the war in the 1950s when he still suffered from trench foot, every time I look at the photograph I’m reminded of him and the terrors he must have gone through from the beginning of the war, at Passendale, and through to the end of the war in 1918. He did manage to celebrate the end in Paris when he was arrested for stealing a fire engine and spent the night in jail. 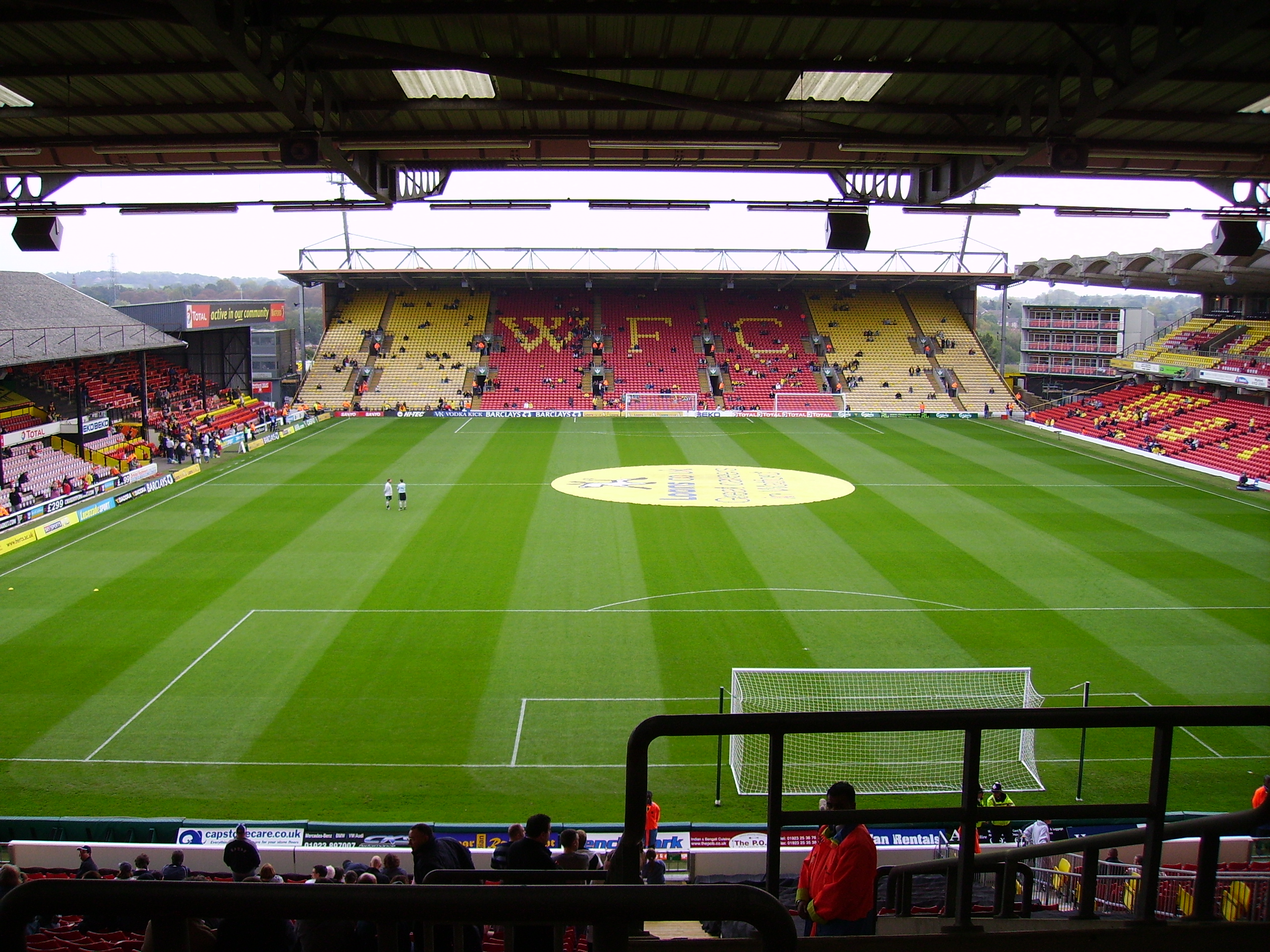 My father was a strange man but there was one consistency in his life: Watford FC. So at the tender age of four I found myself at this self-same spot watching a team in red shirts take on a team in blue shirts. That was when I formed a dislike of any team wearing blue. Through my growing years I would go with Dad and later my oldest son Luke to watch them play at Vicarage Road. We were promoted to the family stand when Luke came and it was the closest that I ever was to my father.

It soon became clear that the group had received a large number of contributions (and I subsequently received further contributions) .

Our leader organised a Webinar to discuss a number of production decisions including which photographs to include, the format and layout of the zine, the order of images, determine a title, the cover layout and assigning remaining work to members of the group.

For the webinar we were asked to consider how the zine activity may or may not benefit our own practise moving forward.

I am interested in the whole concept of a zine and enjoyed the task. My Research Project The Road to Elgol is focused upon my experience of the Road so I am keen to consider ways in which I might engage the local community and tourists who use the Road. I am thinking about asking both of these groups to provide me with an image and a few words describing their experience of the Road. I think this would be an interesting exercise and one to compare with my own experience and images. The resultant zine might even form part of the Exhibition Programme for my work.

Closer to home I would like to explore a similar zine idea asking locals in Tetbury where I live to provide me with a photograph and some words of a memory of their time in Tetbury. I would do this in conjunction with the local History Society and it might form part of their archive.

I am also planning to produce another zine from the contributions I received from my contacts to the Group zine project.

Looking forward to more zine projects in the future . . .

Holdaway, M (2004)  A Students Guide on What a Zine is and Tips on How to Make One  http://grrrlzines.net/writing/student%20zine%20guide.pdf

My name is Alison Price and for the past ten years I have travelled the world photographing wildlife, including Alaska, Antarctica, Borneo, Botswana, the Canadian Arctic, Kenya, Rwanda, South Africa, Zambia and Zimbabwe.
← The Week that Was and Don McCullin (Week 2) Collaboration and Crowdsourcing (Week 3) →