For our coursework this week we were asked to choose any image and describe two different interpretations or critical perspectives.

I chose to consider an image that is generally known as The Blind Woman (1985) by Sebastiao Salgado. 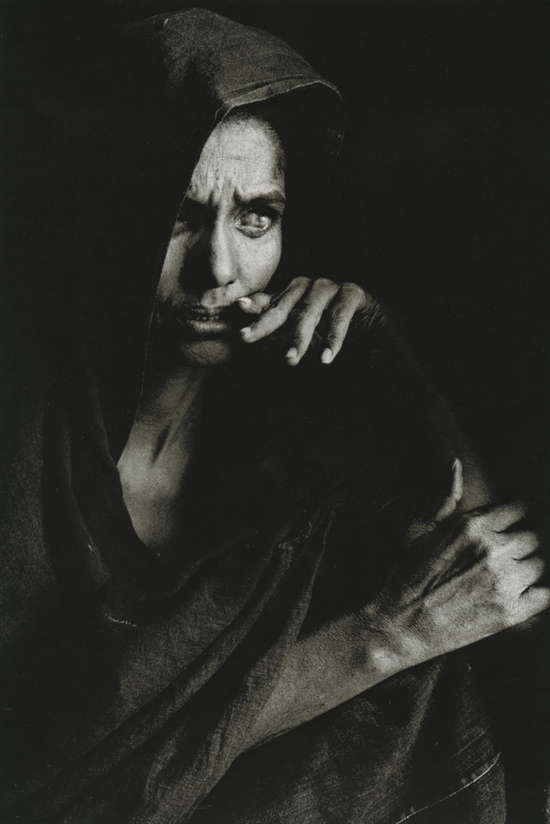 The image shows a woman who has fled famine in Gondan, Africa and reached Mali and a refugee camp where medical help and supplies are available. Salgado explained the context to his photograph as follows:

“With dead eyes worn out by sand, storms and chronic infections, this woman from the region of Gondan has arrived at the end of her voyage.”

The first interpretation is of a documentary image bringing the plight of loss, famine and fatigue to the attention of the world through this dark, harrowing and haunting black and white image. The woman is alone in her suffering and despair, which is made all the more difficult by her lack of sight. Her whole demeanour and pose strengthens the impact of her plight and her sense of helplessness and stillness.

The second perspective is an overwhelming sense of intrusion into a woman’s life that has already suffered beyond our comprehension. Does any photographer have a right to take an image of a person who is not able to see herself, the photographer or the image he takes?

To capture blindness in a photograph is problematic and begs the question as to whether it should have been taken, given the fact that the photographer was witnessing the plight and despair of others that they were not able to witness for themselves. For me, the loss of sight clearly demonstrated through the visible eye is emphasised also through the use of the shawl to obscure the other eye. This leaves the viewer wondering whether in fact the woman can see, or is completely isolated from the world and those around her. Indeed, because of the lack of connection with the eyes and the person behind them we are left feeling we have no understanding of the suffering this woman has endured. We are left wondering what happened to her and did she survive and regain her sight. In fact, it is likely she probably did.