As part of our reading and reflecting this week we were asked to consider whether and in what ways photographs can persuade and whether in turn we as the viewer are shocked, apathetic or indifferent and why?

“Try to imagine, if only for a moment, what your intellectual, political and ethical world would be like if you had never seen a photograph.” (Linfield 2010:46).

Of course, images form a significant part of our world and a means of understanding and contextualising events and particularly atrocities. However, they are one form of communicating. Still photographs, the moving image, words (written and spoken), paintings, all help us make sense of the world in which we live. All of these mediums can be used to inform or shock us and potentially to allow us to take a view or action.

Sontag starts her essay Regarding the Pain of Others (2004) by exposing the modern world in which we live:

“Being a spectator of calamities taking place in another country is a quintessential modern experience, the cumulative offering by more than a century and a half’s worth of those professional, specialised tourists known as journalists.  Wars are now also living room sights and sounds.  Information about what is happening elsewhere, called ‘news’, features conflict and violence – ‘If it bleeds, it leads’ runs the venerable guideline of tabloids and twenty-four hour headline news shows – to which the response is compassion or indignation, or titillation, or approval, as every misery heaves into view.” (Sontag 2004:16).

I understand the force of Susan Sontag ‘s  claim that we have become desensitised to horrific imagery such that the stakes have been raised in terms of what is published, not necessarily in the press but more across social media where the editorial and legal controls seem less apparent. However, as individuals we then apply our own filters to either view or not and to research and search out images or not.

Although, I love images and tend to prefer visual imagery to the written word, I do not hold a significant number of images of 9/11 in my mind. My memories revolve around the aeroplanes hitting the buildings and then the aftermath of smoking buildings and dust-covered streets. For me the more poignant images came a number of years later when we visited New York and the memorial gardens. Those were more immediate and personal and laid bare the horrific acts of that day and the tragic human loss. 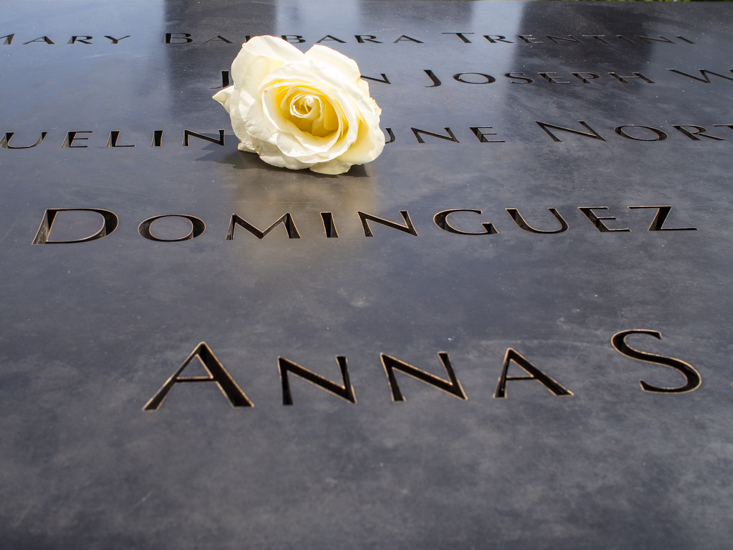 But, to what extent do we really see the horrors of our world anyway? Over the years, our press has been subject to decisions by the photographer on what to record in the field, editorial and legal controls prior to publication and then a viewing choice by us. In my view, Don McCullin’s images show little of the scenes that he was privy to over many years. He has taken decisions and made judgements about how best to depict what he saw. He has not taken the route of choosing to shock by showing the raw unadulterated images of war but rather to tell some personal stories such as the Shell Shocked US Marine or the context of war through the depiction of grief, sorrow and loss: 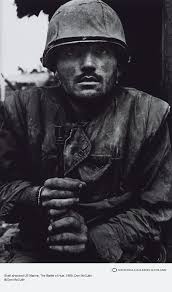 And similarly, Nick Ut’s Napalm Girl had a significant impact during the Vietnam War: 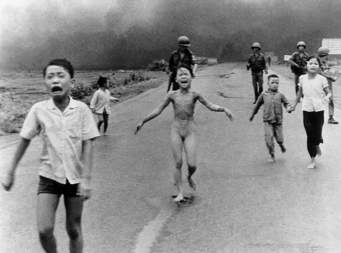 The reason for the impact of such images is that they have layers of meanings that consciously or sub-consciously influence the viewer and deepen their understanding of the ultimate, horrific reality of war. Gratuitous images such as Todd Maisel’s severed hand (which I do not wish to share here), although claimed a fact of the attack, in my view was not necessary given all the other images he took at the time which told more graphic and intimate stories. Indeed, so decontextualised is the image of the severed hand that it could be representative of any violent event, a war, a plane crash or indeed an industrial accident. 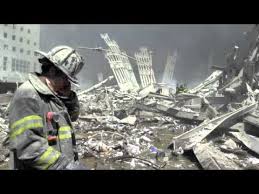 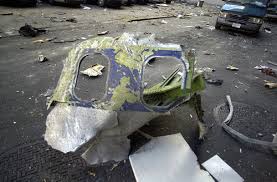 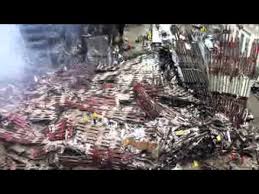 For me, Jonathan Torgovnik’s photograph taken from neighbouring 1 Liberty Plaza on 12 September 2001 told a much stronger story of the impact of the attack on the Twin Towers and the neighbouring district and gives a hint that 11 September started like any other day – people went to work and were in their offices at the time of the attacks. 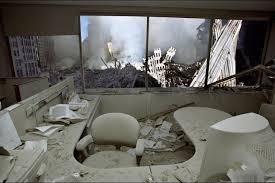 James Nacthwey’s also produced some iconic images of 9/11 and was a believer that images can change history: 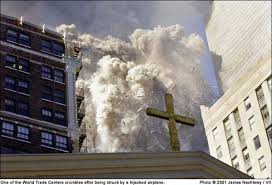 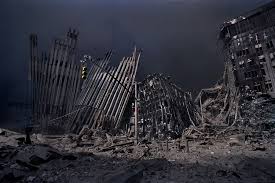 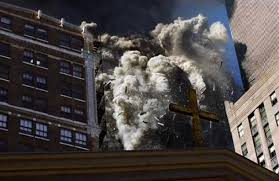 “ Images fuel resistance because they not only report history but also change history. When an image enters our collective consciousness, change becomes possible and inevitable.” (Nachtwey in Ritchin 2013:74).

Susan Sontag was personally very affected by the images of Bergen-Belsen.

“If there was one year when the power of photographs to define, not merely record, the most abominable realities trumped all the complex narratives, surely it was 1945, with the pictures taken in April and early May at Bergen-Belsen, Buchenwald and Dachau in the first days after the camps were liberated, and those taken by Japanese witnesses such as Yosuke Yamahata in the days following the incineration of the populations of Hiroshima and Nagasaki in early August.” (Sontag 2004:21/22).

My personal view is that images rarely change history or provoke change although they can challenge our thinking. Sometimes they raise the plight, circumstances or event in our collective consciousness for a short while – as was the case with Nilufer Demir’s image of Aylan Kurdi. As Demir herself recalled:

In the case of 9/11 I believe that the images by both professional photographers and citizen journalists, along with the moving images and the writings of the time did cause a sea change in the fight against terrorism. The attack on the US shocked the world and led to a concerted and collaborative response that continues to this day. Everything came together – collective opinion, political will, time . . .

Should we censor shocking subject material?

As I said earlier a large number of images are filtered through the photographer, the editor and the reader. However, in the era of social media access can be gained and images can be circulated much faster and without the rigorous editorial input of legitimate news channels. As adults we can choose whether to access such material but there are issues about the accessibility of images to children who are not in a position to make an informed choice. I do not believe that censorship is necessarily the answer but I do feel that social media platforms should be expected to comply with the editorial and legal framework already in place for other media in the public sphere.

What is the role of aesthetics?

David Campany refers to a move towards an aftermath aesthetic in the context of 9/11 and since – dwelling on traces and fragments of events, empty buildings and streets and an overwhelming sense of disrupted normality.  Indeed, all but one of the images I have chosen to depict the 9/11 events are without people.  For me this aesthetic is compelling in providing a sense of the silence, stillness and disruption after the brutality that led to these scenes.  In my view, the use of style has a part to play in providing imagery that is both sensitive to the time in which the images are made and thought-provoking rather than sensationalist.

Are we desensitised today?

I am not sure we are necessarily desensitised today.  That depends upon on the images we choose to engage with and the extent to which we expose ourselves to them and whether we are willing to enter into the photographer’s frame of reference or, if you prefer, their particular ‘life world’.  ‘Desensitisation’ is a therapeutic approach when dealing with phobias or trauma but that is not what is appropriate here.  It is incorrect, in my view, to use this term when describing the lack of willingness of people to engage with imagery against their will, or where they believe that there is a covert attempt to manipulate their emotions or their feelings.

SONTAG, S. 2004. Regarding the Pain of Others. London: Penguin Group.

My name is Alison Price and for the past ten years I have travelled the world photographing wildlife, including Alaska, Antarctica, Borneo, Botswana, the Canadian Arctic, Kenya, Rwanda, South Africa, Zambia and Zimbabwe.
← Reflections on Informing Contexts (Week 7) What is the Intent of my Photographic Practice? - Developing my Ideas (Week 8) →