Our first task this week was to produce a “shelfie” and a “pilebrary”of our bookshelves or other storage items to get us thinking about the tactile nature of hard copy books. After all, many of us don’t necessarily have a large collection of books, as most are in e-book form. Not me, I have to say, particularly reference books and photography books . . . 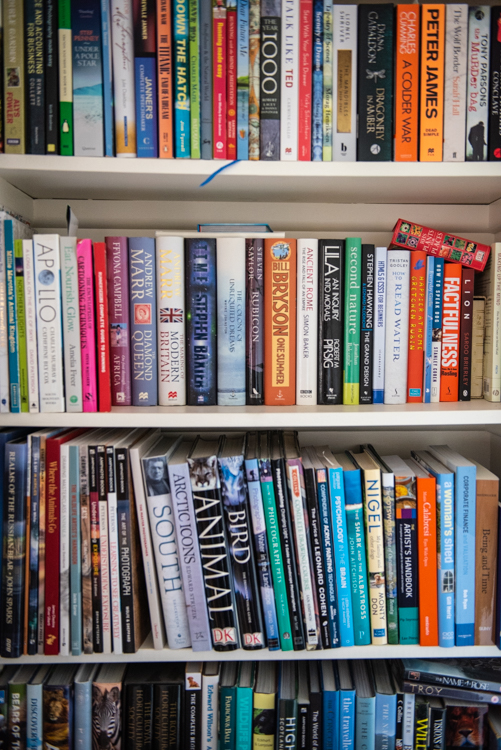 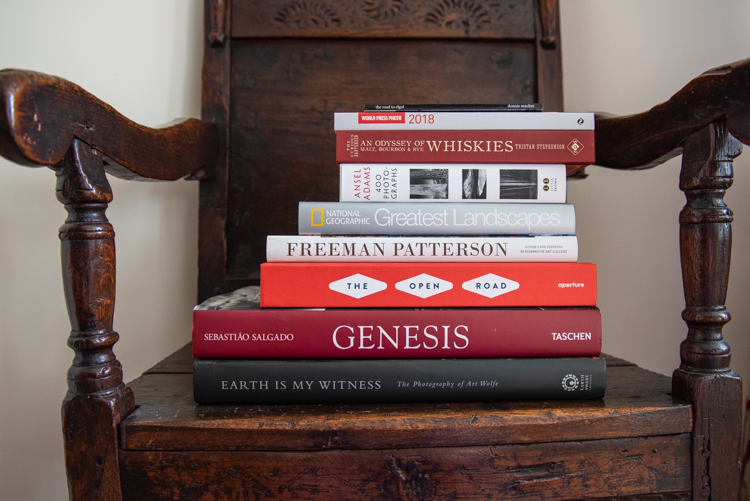 We were then asked to collect together some images that might form part of our photobook and move them about to consider similarities, differences, themes, patterns and contrast. This made me think about the different ways in which I might put my book together although The Road to Elgol does have a very obvious way of presenting the images, in terms of the order in which I might see them on my journey from Broadford to Elgol. So, for this mock up of a photobook I decided to go with this approach. My images that I put together are shown below: 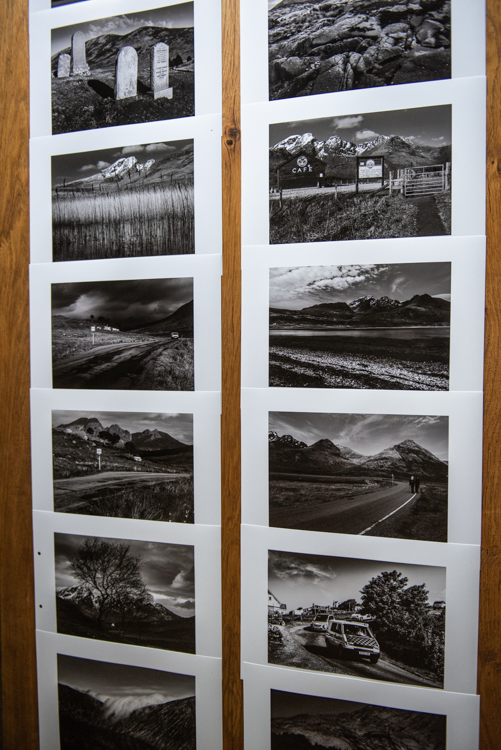 We were also asked to think about how we might present our photobook with some clear guidance to think wider than going to Blurb. I thought about the possibility of making a hand-made book including words, poetry and images and for the mock up decided to put images alongside a few personal words from me about the scene. 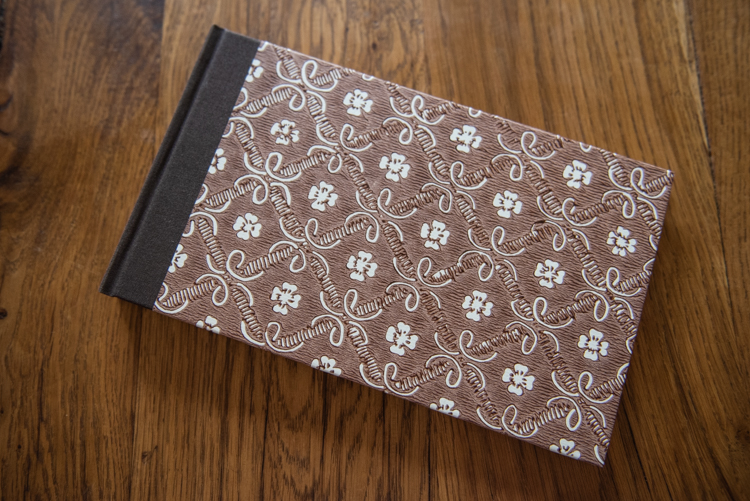 However, since taking these decisions I have seen some of the creative work of others, received some very helpful comments from fellow students and watched the interview with Yumi Goto which really got me thinking about how I could be creative. The need for a map so viewers can see where the road is and the path it takes needs to be incorporated in some way into the photobook and a fellow student suggested that perhaps I could create a set of cards showing the various stopping points and points of interest along the road. It was also suggested that these might be given to visitors at the Tourist Information Centre (located in Broadford at the start of the road) so they can plan their walk accordingly. I had also considered a box of cards of my images that could be used as postcards or notelets.

I am quite interested in using the style of a travel journal where I might write some of my thoughts about my images especially given I am writing a journal as part of the process of image-making. I am also keen to include an ‘Artist’s Statement’ rather like a statement of intent that is used as part of the RPS Distinctions process. This would make clear to the reader my intentions and the background to my work.

The interview with Yumi Goto who runs a photographers’ co-operative – Reminders Photography Stronghold and support network in Tokyo was very inspiring to me. She talked about the “photobook as object” and “the process of book making”. The starting point in her workshops was to create a dummy photobook (like we are doing) and then developing and refining ideas over time with further versions. She talked about making hand-made editions and then getting them published to produce more copies. She suggested experimenting with different papers as well.

As I was listening I started jotting down ideas for my own publication and thought about newspapers cuttings, field notes, bus tickets, poetry, looking in local museums for information and images and possibly paintings to enhance my work. Yumi also suggested that in the process of developing the photobook story new images would need to be taken to help tell the evolving story.

Finally this week, we had to film our mock photobook to share with others in our webinar. 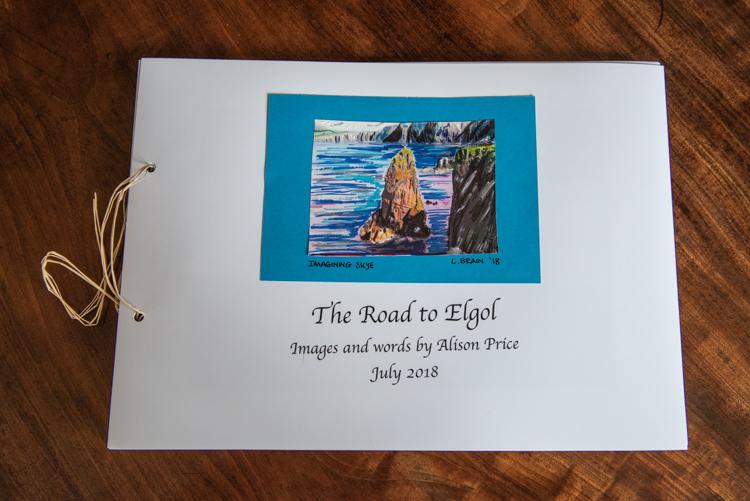 The link is below and the password is photobook:

The webinar helped me to further discuss and develop my ideas. The significant point from my tutor, which I had started to realise myself, was that the words were too descriptive and gave the viewer very little space for their own thoughts. The field notes idea was considered a good one and another student suggested that I leave space for people to write their own comments or add their own photos if I were to sell the book commercially. The other substantive point was that I needed to make a stronger front and back cover and perhaps envelope an image across both. The obvious contender for this would be “The Little House in the Cuillin”. It was also suggested that I consider the paper I use carefully and to choose a “rich” and “sumptuous” paper and possibly matt with a slight texture. I need to improve the richness in my work through the surfaces I choose. It was also suggested that dates and times of images taken and co-ordinates of where they were taken might be a useful addition. It was also felt that an Artist’s Statement would help contextualise my work.

Although this week has been hard, I have thoroughly enjoyed finding out more about how photobooks can be used to enhance the story telling potential of my images and enable viewers and readers to engage more actively in the experience.

So, some things to think about – should I go down the “fine art” with poetry route or a travel journal with cards to match?

My name is Alison Price and for the past ten years I have travelled the world photographing wildlife, including Alaska, Antarctica, Borneo, Botswana, the Canadian Arctic, Kenya, Rwanda, South Africa, Zambia and Zimbabwe.
← Moving away from Monochrome - Why? (Week 6) Focus on my Work in Progress Portfolio (Week 7) →