In preparation for the start of the Surfaces and Strategies module we were asked to review the work of Ed Ruscha and work on a project inspired by him. My project was inspired by Twenty Six Gasoline Stations.

I chose not to replicate the subject matter of Ruscha but one that was similar in concept and concentrated on the everyday – zebra crossings. My choice of subject was influenced by Ruscha’s work as I wanted to try out some of the sharp angles and record geometric shapes as he had done in his image making.  I also chose to work in monochrome which seemed most appropriate for the subject matter. I took all the images myself although I did borrow a zebra for the cover shot!

I decided to present the images in a minimalist way as Ed Ruscha had done in the 1960’s by producing a soft cover A4 format with the images printed with a matt finish. 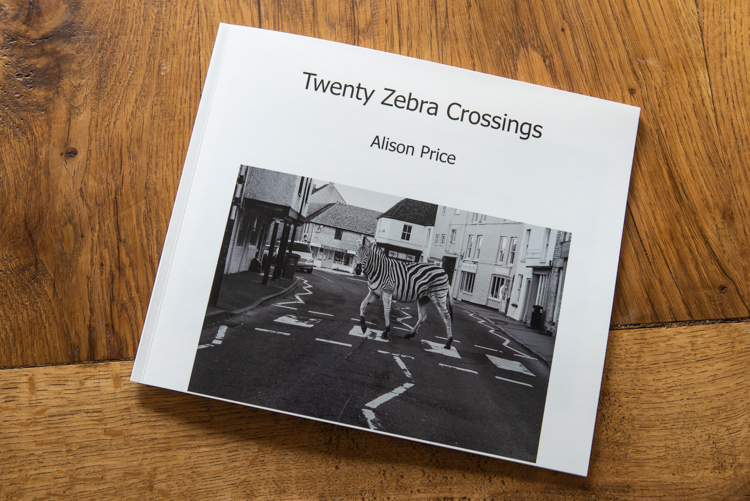 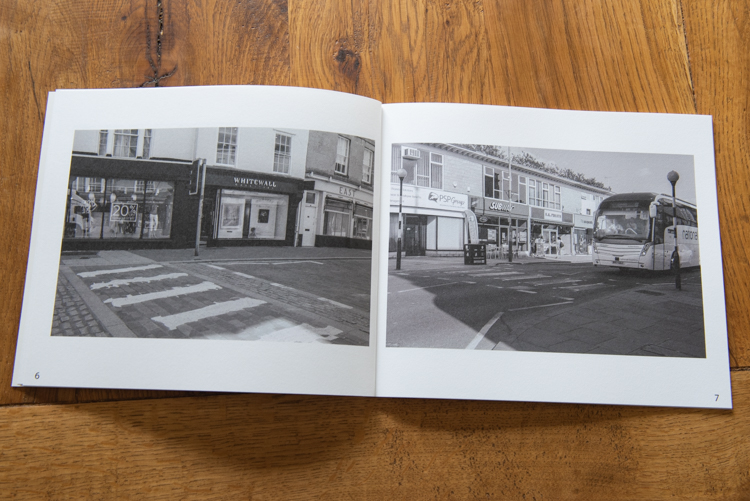 I also have a Blurb electronic pdf version and the images can be found on my website. I had hoped to film my turning of the pages but this is still work in progress. My website can be accessed by the link below:

I received a number of positive comments about my choice of subject for the challenge and also for the way I had presented my work very much in the style of Ruscha. A number of colleagues mentioned the zebra on the zebra crossing on the cover. Having reviewed the work of others in response to the same challenge I have been blown away by the ingenuity and creativity of my fellow students. Whilst I was doing something relatively new for me in producing a book others have produced decks of cards, photographs of photographs and overlays to the main photographs. They have chosen to add interesting facts about the venues they have taken, added maps and where the photographs were taken and also produced their work in scrapbook-style books. The subject matter has ranged from the Sutherland Bridges, mopeds, record covers, cafes, airports and doorways in Toulouse. I have a lot to learn in Surfaces and Strategies from my talented colleagues and am inspired to be more creative as the module progresses.

Our other activity this week was to choose a previously made image and remake it in some way. We were then asked to display both images in a place of our choosing and photograph them in situ.

As I am not in Skye at the moment I was not able to do something related to my research project The Road to Elgol. So I decided to take some historic photographs of the town of Tetbury and rephotograph them as accurately as I could. I then put both photographs on the town noticeboard and also on a tourist map to create the images below: 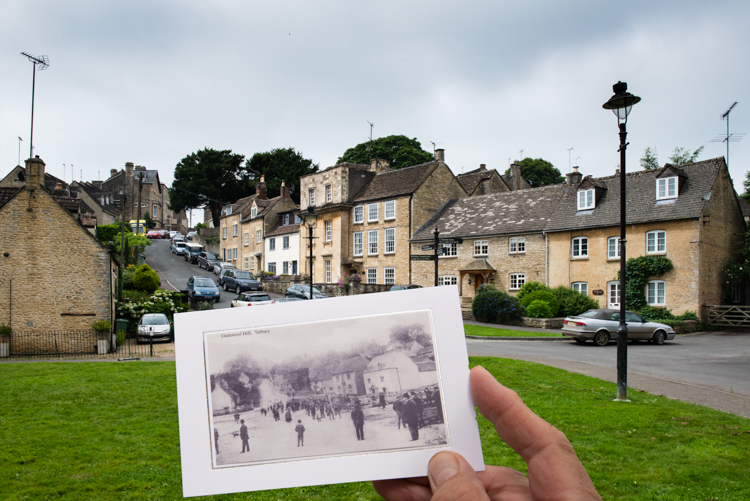 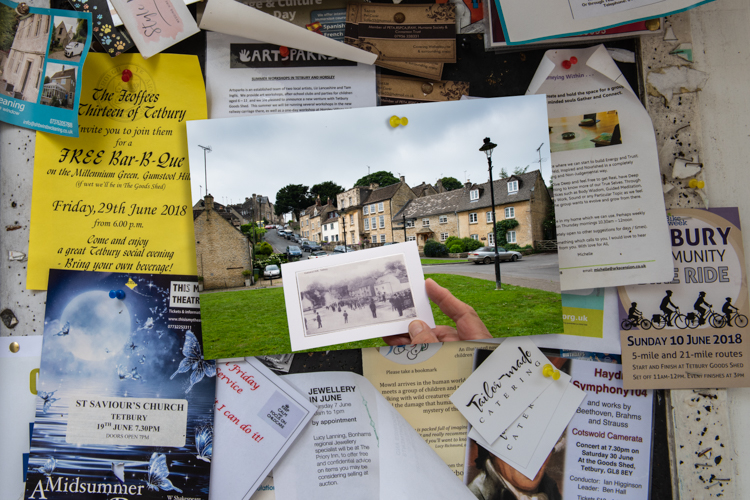 In undertaking this task I tried to replicate the angle of view to the original image. In the Gumstool Hill image shown here it was relatively easy to do this with a standard lens. However, other views I tried to replicate were clearly taken with a very wide-angle lens or were taken as a panorama as my 14-24 lens was not wide enough for the job!

I have really enjoyed this week and the challenges I have undertaken. It is forcing me to think about presentation strategies and how I produce and display my work.

My name is Alison Price and for the past ten years I have travelled the world photographing wildlife, including Alaska, Antarctica, Borneo, Botswana, the Canadian Arctic, Kenya, Rwanda, South Africa, Zambia and Zimbabwe.
← Reflections on where I am at with my Research Project on the Road to Elgol? (Week 1) Reflections on Repeat and Rephotography (Week 1) →