I viewed the Guest Lecture with David Chancellor this week and found it extremely insightful, honest and interesting. David had trained as a documentary photography and had a passion for sports and an interest in natural history but it wasn’t until he went to South Africa and started work on long-term projects that he brought his interest and skills together. He has spent the last fifteen years trying to understand the wildlife industry working in “slow documentary photography”. His project entitled Hunters was produced in 2012 and he subsequently won the Taylor Wessing National Portrait Prize that provided the publicity to take his work forward.

His imperative in producing his images is that he does not want his viewers to turn away. His work is a hard watch but he gets to the heart of the issue through candid story telling. The Elephant Story about trophy hunting was his next project with one subject leading to the next. He talked about the need for engagement with the local community in effective conservation and referred to work in Kenya, Zimbabwe and South Africa. 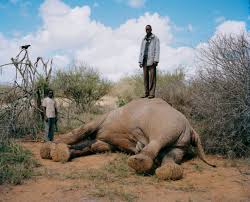 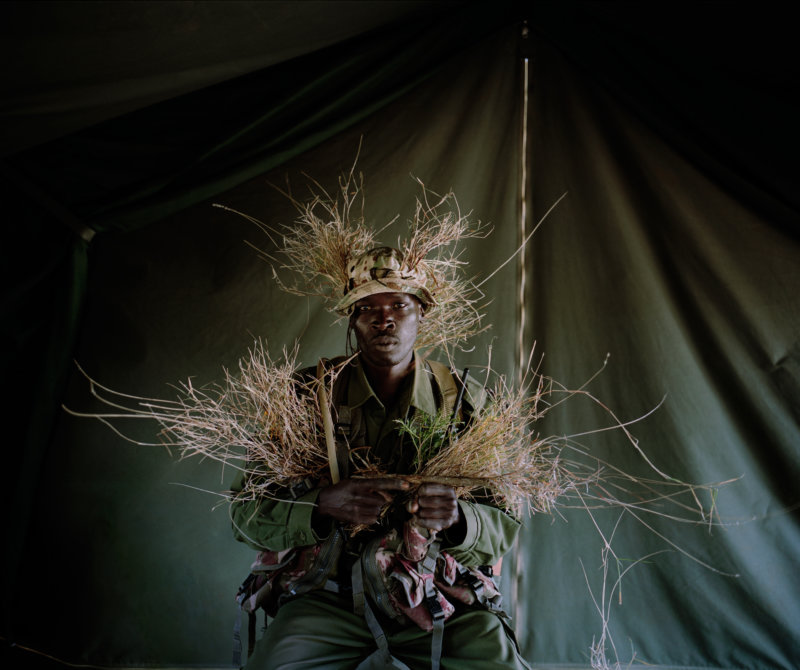 With Butterflies and Warriors -David Chancellor

He also works in the north of Scotland documenting deer hunting and managing the land effectively.

He talked about how social media has helped to tell his story with National Geographic having over 90 million followers. But the delivery of stories in this way makes it imperative that the photographer has done their research and evidenced their facts. He spoke about following elephant hunts that may take 2-3 days or 2-3 weeks. Once they find an elephant that meets the criteria for being killed then it is David’s job to document the killing. He spoke candidly about his experience of seeing the fear in the animals’ eyes and taking heart-wrenching images, particularly where the animal is not killed immediately.

He spoke about his Scottish project entitled Beasts that was initially self-financed and then commissioned by National Geographic. He said that in his type of work it was important to work with an agent and he also occasionally benefitted from the re-sale of previously funded work. 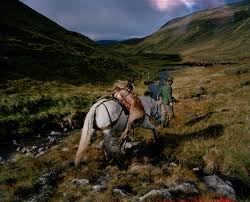 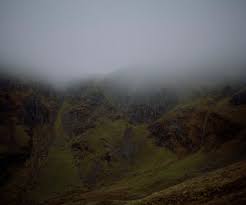 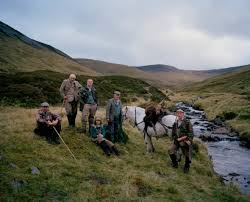 Having taken a lot of wildlife images over the years I found David’s insights very helpful.  He referred in particularly to the saturated market for photographers taking the beautiful wildlife images.  I do agree that the opportunities are in telling stories about the wildlife and bringing those stories to the attention of the wider world. Sadly there are too many stories of the type that David tells.

Thank you David for a very interesting lecture.

My name is Alison Price and for the past ten years I have travelled the world photographing wildlife, including Alaska, Antarctica, Borneo, Botswana, the Canadian Arctic, Kenya, Rwanda, South Africa, Zambia and Zimbabwe.
← Sophie Calle and my motivations for using Images and Words (Week 7) Albert Watson - Skye Images (Week 7) →