This week I have been reviewing a number of books looking for potential words to add to my images but also in search of information about Loch Cill Chriosd. 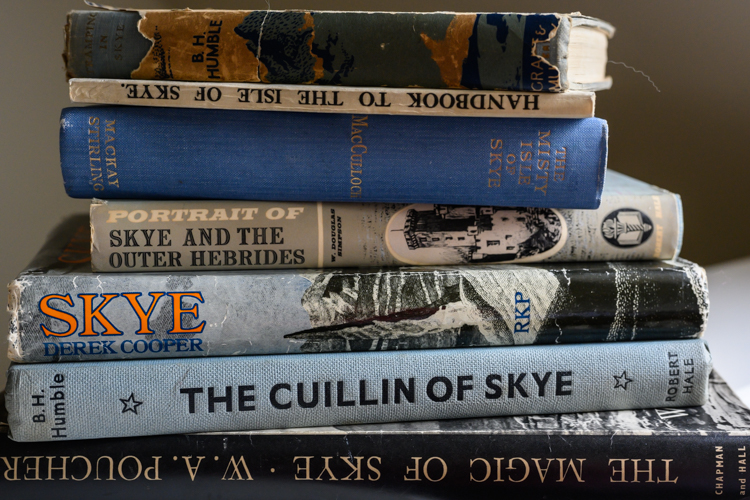 A year or so ago I was given the most wonderful gift – a first edition of the book by Seton Gordon The Charm of Skye: the Winged Isle.  In the early pages Loch Cill Chriosd is mentioned briefly:

“The north wind was chill, and on the upper slopes of Beinn na Cailliche we found little shelter from it.  Upon Loch Cille Chriosd, in Strath Suardal, immediately beneath us, the breath of the breeze could be seen to stir the waters, and dark flurries hurried southward in unending succession across the loch.”  (Gordon 1929:12).

Otta Swire wrote in 1961 about the church at Kilchriosd and the Loch as follows:

“. . . About half a mile beyond the ruins of Kilchriosd lies Loch Cil Chriosd.  This loch seems to have been held in more than ordinary veneration from the earliest times.  Near it, and not far from the road, a stone circle can still be seen, by no means so well preserved as those in the Lews but undoubtedly a circle, and traditionally a prehistoric ‘temple’.  Close to this circle is the site of the very early and tiny church of Kilcro, Church (or Cell) of the Circle, supposed to have been built on a site chosen by St Columba himself and first occupied by the cell of one of his followers.  Near it is an ancient graveyard and here two very old and curious stones were once to be seen; one was said to bear a striking resemblance to a heathen or pagan idol or Cromcreaich.

Once, Loch Cil Chriosd was haunted by a terrible monster (perhaps the pagan god Lugh himself?), which laid waste the land round about and carried off and devoured women and children.  At last the creature was slaim by St Maelrhuba blessing the waters, ever since when the water of that loch has had certain virtues and healing powers.  But some have believed that Loch Cil Chriosd was (or sprang from) that cursed stream ‘beyond Drum Albyn in the country of the Picts’ mentioned in Adamnan’s Life of Clumba.  This spring, ‘which senseless men, the Druids blinding their understanding, worshipped as a god’, was believed to have the power to cause leprosy, blindness or intense weakness in those washed its water or drank it.  The evil spirit in the water was propitiated by many sacrifices until St Columba came to the loch side and, knowing its evil reputation, blessed the water and then both drank from it and washed.  Adamnan states that a company of Druids stood by overjoyed, eagerly waiting for the god to show his powers.  But the saint took no harm and since his blessing the waters have been pure and good for all men.” (Swire 1961:219-21).

A brief reference to the loch appears in Portrait of Skye and the Outer Hebrides:

“Further on is the desolate Loch Cill Christ, and at its lower end Kilchrist, the ruined parish church of Strath.  Along the road here are outcrops of a fine white marbles, a metamorphic rock formed by the action of igneous injections upon the local Cambrian limestone.  Beautiful, richly-carved slabs of it may be admired in some of the fireplaces at Armadale Castle.” (Douglas Simpson 1967:77).

And in the wonderfully titled Tramping in Skye we hear more about its history:

“Soon we came to the little loch of Cill Chriosd, where the water-lilies were in bud.  The centuries flew back once more.  In Skye, with the map and some knowledge of the meaning of the place-names, one can learn much of the history and folklore of the island;  for most of the places have stories attached to the, whether of the fairies, of the Fingalian warriors, of the first Christians, of the Norse invaders or of the Celts, right down to Prince Charlie’s time.  Cill Chriosd means “the Church of Christ.” Cill or Kil occurs frequently in Skye names, the original meaning being a monk’s cell, or holy place, indicating where Columba’s missionaries first preached the Faith.  Near by are the ruins of the church from which the loch gets its name.”  (Humble 1933:13). 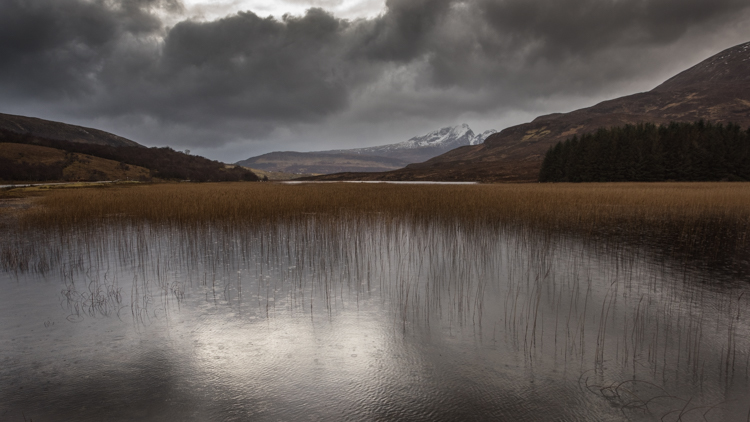 My name is Alison Price and for the past ten years I have travelled the world photographing wildlife, including Alaska, Antarctica, Borneo, Botswana, the Canadian Arctic, Kenya, Rwanda, South Africa, Zambia and Zimbabwe.
← 1-2-1 with Tutor and Group Critique (Week 11) The Ephemeral Hiddenness of Skye - Statement of Intent (Week 12) →