Before leaving this module and the experience, but not the learning, behind – I would like to reflect on one aspect of my experience of The Road to Elgol that I have not previously discussed and which features in many of my more recent images. I have already talked about mass-tourism and its impact, but the impact of our social choices and capabilities has another dimension to it – a dimension in which I have been a participant and implicated. 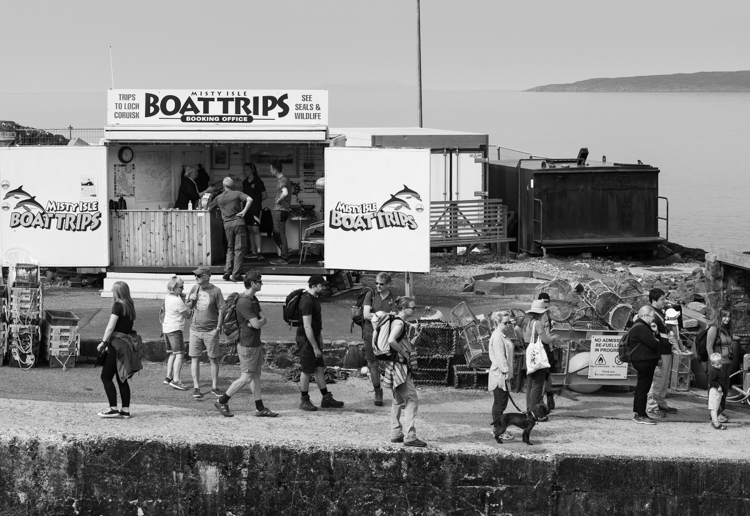 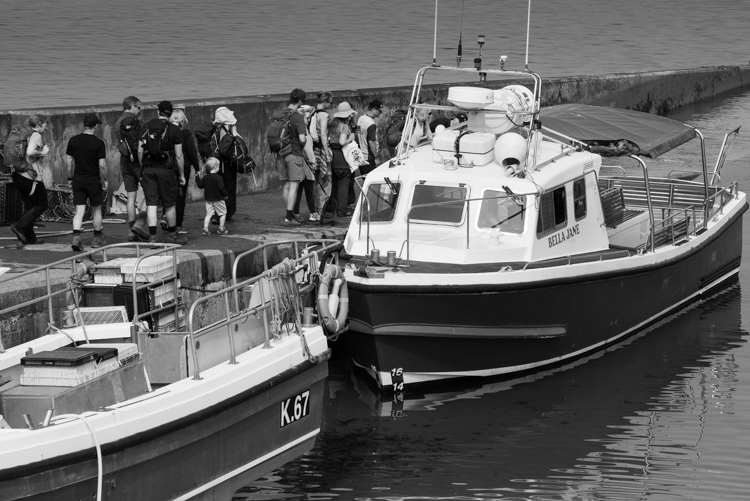 Our commodity-based culture extends beyond the lines of $1 items displayed in Gursky’s imagery of the racked displays in a dollar store. It extends into big-ticket items as our capital based/market system allows people to access large value items such as second properties, holiday homes, camper vans, caravans and ‘experience-based’ adventure holidays. Combined with open property markets, uncontrolled freedom of movement within the UK and large tracts of unappropriated and unfenced land the landscape of Skye and its enjoyment as an object of consumption has become democratised.

The social history of Skye has seen a breakup of the old clan based system where the Island was under the control of two clans: the MacDonalds to the south of the island and the MacLeod’s to the north.   Like much of the highlands the aftermath of the ’45 rebellion and the defeat at Culloden in 1746 led to a process where the clan chiefs were stripped of much of their power, highland dress was outlawed and a range of oppressive laws put into place.  The more important economic change occurred some 20 years later as sheep farming and the wool industry suddenly emerged, displacing the cattle-based farming practices of the old clan system. As a result, the clan chiefs and their factors started a process of unseating their tenants (the crofters) from their small holdings, freeing the land for hill-sheep farming and, as a result many villages and communities were deserted such as Borreraig and Suisnish near the Road to Elgol, and the land was unfenced.

This change in the economy of Skye, along with the rest of the Highlands, with its vast estates has opened up opportunities for exploitation by the monied middle classes. The attraction of a wide and wild landscape, the sense of wilderness, the generally benign climate fed by the Gulf stream, and the mystery and romanticism of its history and culture (depicted through television dramas such as Outlander and films such as Robert the Bruce) have made it an irresistible draw for the economically enabled but socially alienated middle class.

My name is Alison Price and for the past ten years I have travelled the world photographing wildlife, including Alaska, Antarctica, Borneo, Botswana, the Canadian Arctic, Kenya, Rwanda, South Africa, Zambia and Zimbabwe.
← Geography, Autobiography and Metaphor in Landscape Photography and my Imagery (Week 12) Critical of Critical Theory (Week 12) →