The World War I Photographs of Frank Hurley

It is Frank Hurley’s photographs of the Endurance Expedition (1914-17) to Antarctica, for which he is best remembered – alongside the moving images of Hurley sitting at the top of the mast or on the bowsprit for the best vantage point.  His most iconic image is probably the one of Endurance stopped in its tracks by the advancing ice, waiting for its inevitable fate.  Hurley rigged up an ad hoc light system to capture this unforgettable image. 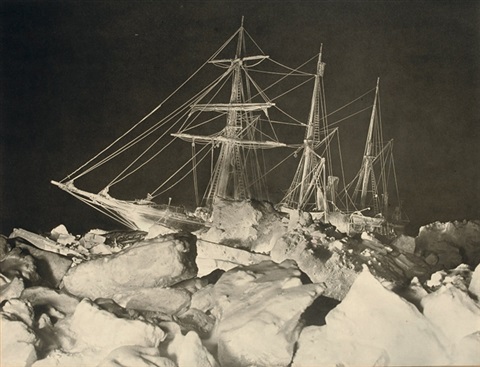 However, he took many images, showing key stages of the Expedition including those of their harrowing journey to survive after the loss of Endurance. 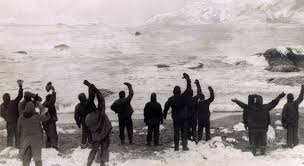 After returning from Antarctica, Hurley was soon at work again, capturing the horrors of World War I from the front line.  Alison Wishart, from the State Library, New South Wales, argues that these are the images that made his name.

Throughout his time as an official war photographer, Hurley kept a diary.  Soon after his arrival he wrote:

“What an awful scene of desolation!  Everything has been swept away:  only stumps of trees stick up here & there. . . It’s the most awful & appalling sight I have ever seen.  The exaggerated machinations of hell are here typified.  Everywhere the ground is littered with bits of guns, bayonets, shells & men.”

Within weeks of arriving at the front, in August 1917, Hurley clashed with the official historian, Captain Charles Bean, about truth and photography.  They had both been appointed by the Australian War Records Section of the Australian Imperial Force (AIF) to document the war for posterity.  Hurley, having assessed his task, over a number of weeks, argued that it was impossible to capture the essence of what he saw in a single negative.  He wrote:

“None but those who have endeavoured can realise the insurmountable difficulties of portraying a modern battle by the camera.  To include the event on a single negative, I have tried and tried, but the results are hopeless . . . Now, if negatives are taken of all the separate incidents in the action and combined, some idea may then be gained of what a modern battle looks like.”

He came up with the idea of producing ‘Photographic Impression Pictures’ – combination prints – “pictures made to produce a realistic impression of certain events by the combined use of a number of negatives.”  Hurley had used the same technique in Antarctica to great effect.  Bean, however, was not convinced and referred to the images as ‘fakes’. He believed that photographs were ‘sacred records’ and should allow future generations to see the plain, simple truth. Hurley stood his ground and was not prepared to compromise for his art nor to fail in his duty to portray the horrors that he witnessed.

Sir William Birdwood, General Officer Commanding the AIF brokered a compromise where Hurley was allowed to print six composite photographs.  These images formed a very small part of the work that Hurley produced in World War I.  While they were controversial, many argued that Hurley was following a well-trodden path made by photographers, such as George Barnard, dating back to the American Civil War.

My view, is that Hurley fulfilled his brief, not only through the combined photographs but also in every single image he produced for posterity.

Wishart, Alison. ????. Frank Hurley’s World War I Photography: Frank Hurley’s photographs of the western front in 1917 and Middle East in 1918 are arresting and iconic.  State Library, New South Wales.  [Accessed on 26 May 2020].

My name is Alison Price and for the past ten years I have travelled the world photographing wildlife, including Alaska, Antarctica, Borneo, Botswana, the Canadian Arctic, Kenya, Rwanda, South Africa, Zambia and Zimbabwe.
← In Search of the Ephemeral Hiddenness of Skye - Making a Film about my Work Image of the Week (May Week 5) →