It has felt, at times, like a long hard slog to complete Sustainable Prospects but I am now looking forward to a treat.  I will temporarily ditch my books about various philosophers and critical theorists in favour of a book written by a fellow wildlife photographer who I met photographing brown bears in Alaska on two occasions – Paul Souders.  At the time, I was hugely impressed that he was working on his own from a tiny boat over extended periods of time with only the bears for company.  It did not seem to faze him and before I went to Antarctica I sought his advice. 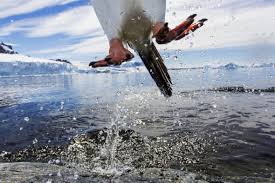 He sent me a few of his images including this one which I was hugely impressed by and said that he had recently sailed to Antarctica on a 50 foot yacht – knowing the perils of Drake Passage I wasn’t sure whether to be impressed or wonder at his sanity!

Arctic Solitaire is about Paul’s quest for the perfect Polar Bear.

Having not read the book yet I can’t be sure but I assume these images demonstrate he was successful in his quest: 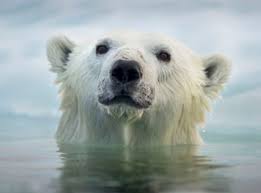 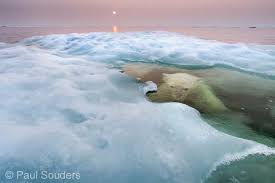 My name is Alison Price and for the past ten years I have travelled the world photographing wildlife, including Alaska, Antarctica, Borneo, Botswana, the Canadian Arctic, Kenya, Rwanda, South Africa, Zambia and Zimbabwe.
← Thinking about my Social Media Presence (Week 12) "Will the Real Cindy Sherman Please Stand Up" (Week -4) →