Proof of Concept – Trying out a New Business Idea (Week 22)

A friend of mine suggested I might try producing “small art”. On enquiring what size she meant by small she suggested a print size of A7 and a mounted size of A6. This is small, particularly as I normally print The Little House in the Cuillin that she referred to at A2. Having said that I am also attracted by small, as well as large images, so I thought I would give it a try in the context of introducing new products to my range.

I started by thinking about sizing and the need to provide a mount size that would fit in a ready-made frame. For this small artwork this is important, as the retail value would be about £20 so the amount a purchaser might wish to spend on a frame would be limited. The size of mounts is always a complicated issue given that photographic aspect ratios are different to the frame sizes that are readily available. After discussions with my local framer I decided to use an A7 print size as previously considered, along with a mount size of 13x18cm. A frame at this size was likely to retail at about £18. She also provided me with the use of her guillotine and suggested that I might try leaving a margin of around 2mm around the print to give it more impact. Armed with my cut prints I set about trying out the concept.

The first task, prior to visiting the framers was to print some images at A7. I was not sure how this would work, as I have never printed images so small. I was concerned that the printing routine in Lightroom would not be able to cope with a dramatic reduction in image size and might produce a poor quality image. However, this was not the case and I soon had some small images running off the printer. I had decided to use snow white textured board with a black core to focus in on the small image. 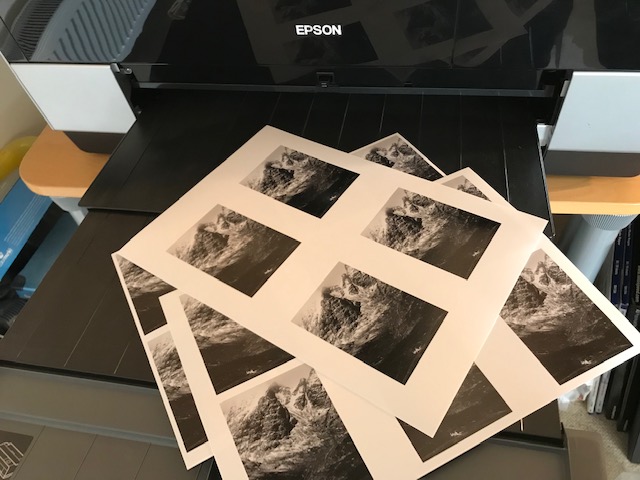 Printing at A7 size

Next, was the task of reminding myself how to use the Longridge Cutter! The task of working with very small mount sizes and thick mount board proved to be more difficult than I had expected. Using the vertical cutter was particularly challenging. As always, working out the aperture sizes and making the cuts was a time-consuming task. 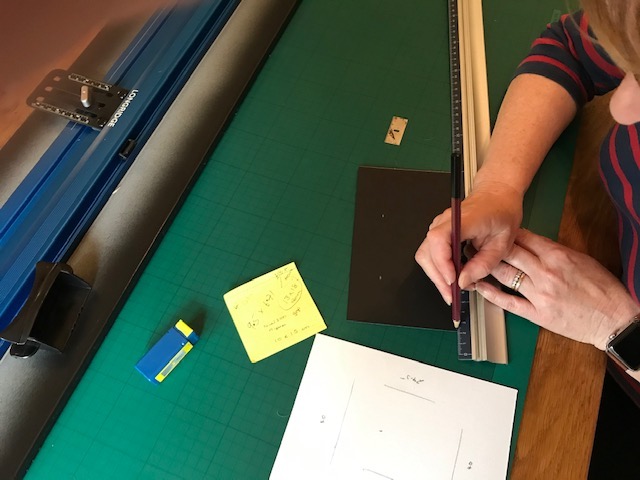 Given the likely retail price I found myself wondering whether this idea was going to work commercially.

After one false start I finally had a mount that gave me the border around my print and I glued it together. The final job was to sign the mount in small handwriting!

Here is the finished article: 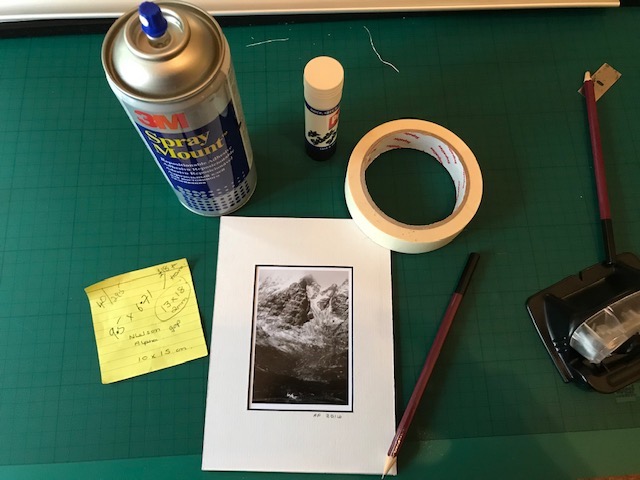 There are a lot of questions in my mind as to whether this could be a viable product and I have noted a number of practical considerations:

I have really enjoyed trying out this concept. I like the finished product but I need to evaluate its commercial viability before getting carried away with producing something that might have limited margins. These are the decisions that I must learn to make as I develop my business.

My name is Alison Price and for the past ten years I have travelled the world photographing wildlife, including Alaska, Antarctica, Borneo, Botswana, the Canadian Arctic, Kenya, Rwanda, South Africa, Zambia and Zimbabwe.
← Forty Photographers on Process and Practice (Week 22) The Scottish National Gallery (Week 23) →