Minor White was an American photographer who created thousands of black and white and colour images of landscapes and abstract subject matter, as well as images of people. 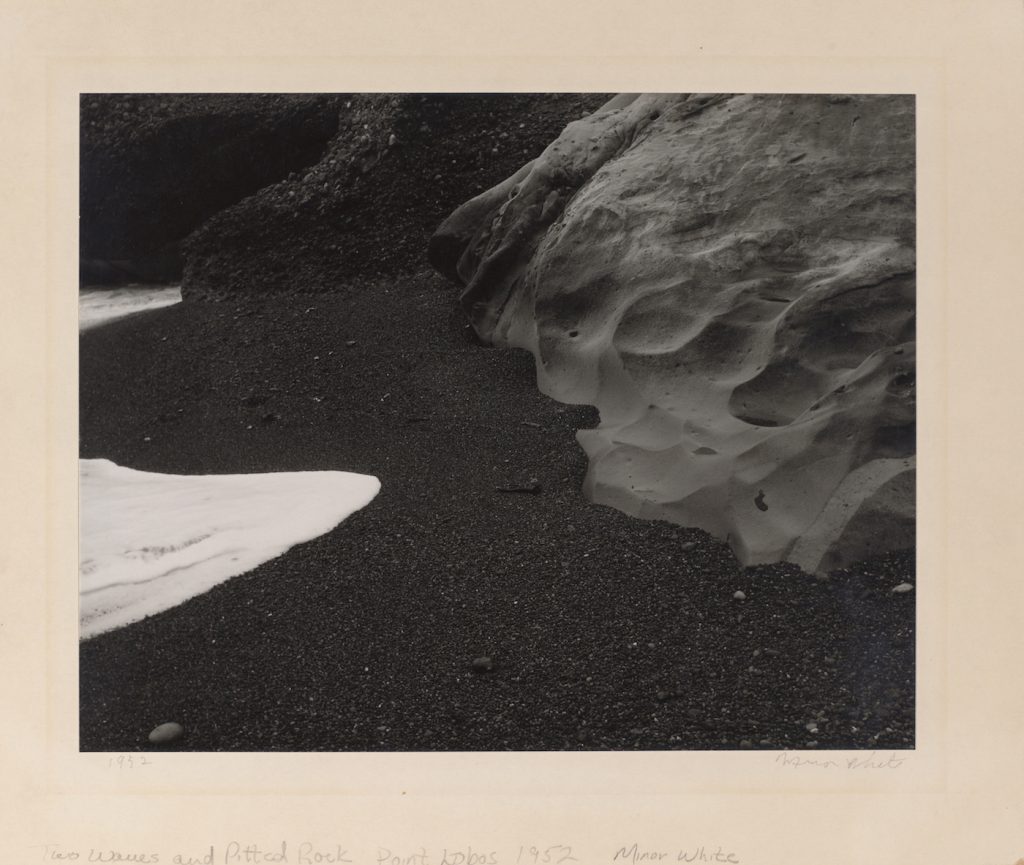 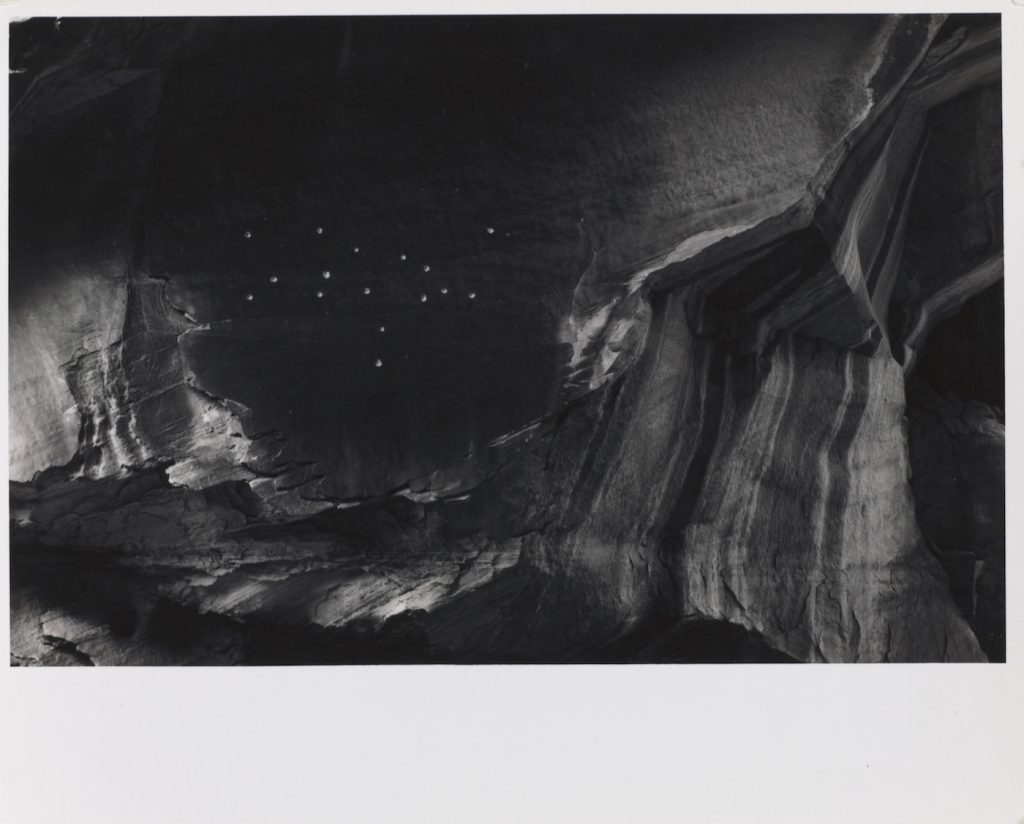 He had great technical mastery of his craft and a strong visual sense of light and shade.  If this is not interesting enough White wrote a personal journal which not only included reflections on his own inner world but extensive notes about his photography.  In the 1940s White had several meetings with Alfred Stieglitz and subsequently adopted much of the theory of equivalence, where the image stands for something other than the overt subject matter (see previous post).  At the same time, White also met some of the major photographers of the time including Edward Steichen, Paul Strand and Edward Weston.  Steichen, who was the Director of Photography at the Museum of Modern Art (MoMA) at the time, offered him a curatorial post but White declined choosing rather to assist Ansel Adams with setting up the Photography Department at the California School of Fine Arts.  Of his mentors, Stieglitz, Weston and Adams, White said:

“Stieglitz, Weston and Ansel all gave me exactly what I needed at that time.  I took one thing from each:  technique from Ansel, the love of nature from Weston, and from Stieglitz the affirmation that I was alive and could photograph.” (White 1977).

Later in his life White often photographed rocks, surf, wood and other natural objects and isolated them from their context, making them abstract forms.  White said of this approach to image-making:

“When a photographer presents us with what to him is an Equivalent, he is telling us in effect, “I had a feeling about something and here is my metaphor of that feeling” . . .What really happened is that he recognized an object or series of forms that, when photographed, would yield an image with specific suggestive powers that can direct the viewer into a specific and known feeling state, or place within himself.”

In his introduction to his Fourth Sequence (1950), White wrote:

“While rocks were photographed, the subject of the sequence is not rocks, while symbols seem to appear, they are barely pointers to significance.  The meaning appears in the mood they raise in the beholder; and the flow of the sequence eddies in the river of his associations as he passes from picture to picture.  The rocks are only the objects upon which the significant is spread like sheets on the ground to dry.” (Ross 1985).

White was not without his critics however, comparing his work unfavourably with Weston and Stieglitz saying that it was not possible to understand White’s images.

White was influenced by Nancy Newhall, who worked with him the MoMA. He began grouping and regrouping his photographs to form sets of images.  He described a sequence as a “cinema of stills” and his intention was to impart “a feeling state” created by both the photographer and the personality of the individual viewer.  He included poems and other texts with his images, particularly in his early career.  White wrote about his sequencing research in his Journal and in articles.  He wrote of his sequencing practice:

And finally, the quotation that captured my imagination and seemed most relevant to my photographic practice:

“Be still with yourself until the object of your attention affirms your presence.” (Caponigro).

I have found my research about Minor White interesting and whilst I find his work inspiring and his thinking similar to my own, I am aware that he attracted critics who did not really understand what he was trying to do and convey through his photographic practice.

The postmodern view of the world considers a sign like a rock or the word rock is infinitely deferred – that is, it always points to another sign or another word – the infinite regression of dictionaries.

I would argue, rather like Stieglitz and White, that the meaning of the sign is not deferred indefinitely but is deferred into the mind of the signifier – the photographer.  A part of that signification will be shared and understood by all, but the other part is only fully understood by the signifier – it is meaning that is idiosyncratic to the signifier.  The critic can always point to the public share of signification, but they can only approach the idiosyncratic share by stepping into the life world and understanding of the signifier.  For example, much of what Shakespeare wrote has common meaning and understanding across individuals and cultures but, so much of it can only be fully understood by stepping into the Shakespearean world of performance, politics, culture and social norms.  Only by entering in can one fully uncover the meaning of signification, whether it is a Shakespeare play or a photograph of a rock.  This is what Graham Harman alludes to when he claims that art is a theatrical project where the viewer can only perceive meaning by entering in as the real object in the art work, replacing the subject and the artist who are forever withdrawn.

My name is Alison Price and for the past ten years I have travelled the world photographing wildlife, including Alaska, Antarctica, Borneo, Botswana, the Canadian Arctic, Kenya, Rwanda, South Africa, Zambia and Zimbabwe.
← Storyboards and Teasers (Week 20) Reflections on my Exhibition of work produced during the Final Major Project (Week 21) →